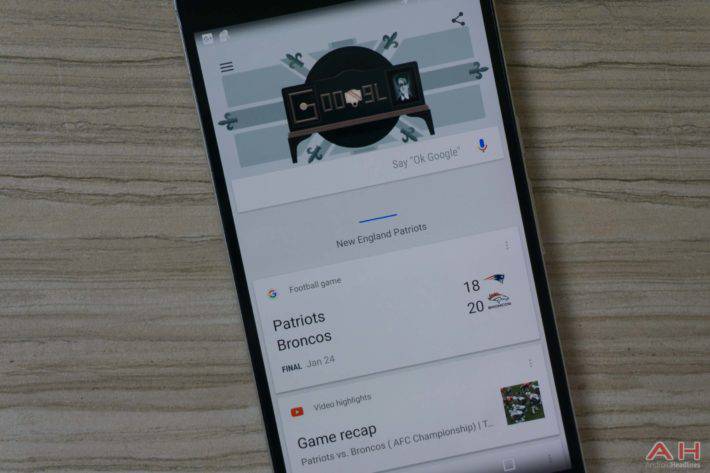 Google Now, our favorite personal assistant. It’s been on Android for a few years now and has gotten better and better. Not to mention Now on Tap, which is part of Marshmallow and is a pretty amazing experience. Many of the voice commands in Google Now, however need an internet connection. Like asking how old President Obama is. Or how long Kobe Bryant has been playing in the NBA. However, it appears that Google may be working on a way for all of that to be done on your device instead of needing a data connection.

Google has just published a new research paper that shows that it is possible to do AI without a data connection. As we speak, the research team at Google is already working on a new system for voice commands. Including dictation, that would work on your device. The best part is, it won’t take up much space on your device. Google used around 2,000 hours anonymized Google voice search traffic. This totaled over 100 million utterances. They also used YouTube to imitate real-life speaking conditions. All this to train the new system that they are working on right now. This entirely new local voice system not only runs much faster in real-time, but it also takes up just 20.3MB of storage. That is pretty astounding, especially when people are looking for more and more storage on their smartphone.

This change is going to be a pretty big deal. We always want our personal assistant – whether that is Google Now, Microsoft’s Cortana or Apple’s Siri – to run faster. And having it run without a data connection, essentially takes out a part of the process and will make it run much faster. Something we can all appreciate.