It seems like quite some time ago when Google formally announced Material Design alongside the Android L Developer Preview. We now know Android L as Android Lollipop, and last year we said hello to Android Marshmallow and just recently we got a glimpse at Android N. All of these major releases rely heavily on Material Design, and it wasn’t just a new UI for Android, it was a whole new Design Language for Google. So much so that the firm has a Design Spec for developers to follow and adhere to available, and it gets updated regularly. The latest update to said Design Spec brings with it support for bottom bars and more.

The Design Spec is, naturally, primarily designed for developers, and how they should be best designing their apps. For us users however, it’s a great way of getting a look at what’s coming in new versions of Android and of course, what updates to current apps might end up looking like. Speaking of developers, the new multi-window design guidelines have been added to the March 2016 release alongside the new bottom bars design, too. These new bottom navigation bars are menu items that appear above the onscreen keys on Android, and will allow users to jump from one part of the app to another quickly and easily. The idea with these is that they should be used on smaller devices, such as smartphones, and larger devices will still use the now-familiar side options. The Design Spec advises developers to use no more than five different options in one of these bars, and no less than three, it also discourages scrollable content as well.

This sort of design change could certainly cause some confusion among users. Many are now used to sliding out another menu from the left or right-hand side of apps to get to more menus and options, but Google is advising developers move away from this on smartphones. Something that might end up confusing a lot of people. There’s also the argument that this further gets rid of scree real estate on top of the already-existing software buttons, and the two could end up clashing together as they’ll end up being close together. There’s an example of how these new bottom navigation buttons would work from Google, and those interested can hit up the source link for the full March 2016 spec update. 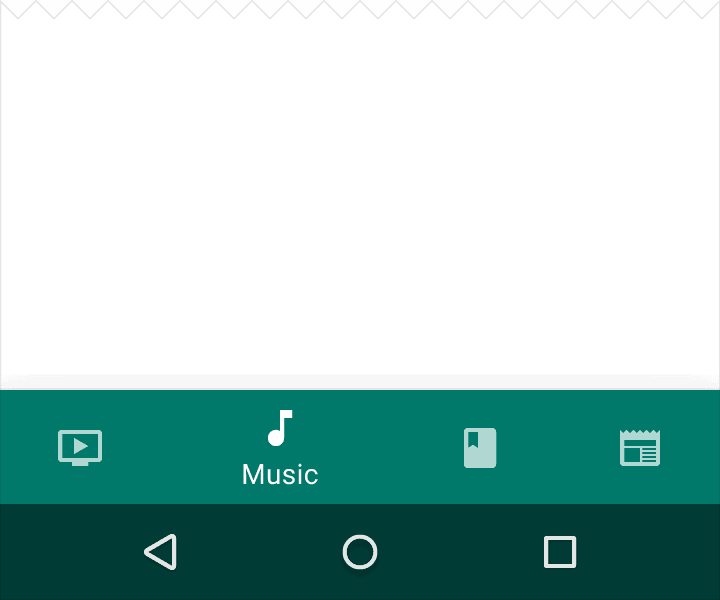