Announced a few weeks ago, the Galaxy S7 and Galaxy S7 edge for Samsung are pretty great devices, this is thanks to a combination of great hardware, design, and software features. One of the most important pieces of a smartphone is the camera, and Samsung is known for doing a great job on their top phones. In case you didn’t know, camera sensors are usually outsourced by most phone makers, including Samsung (and of course, Apple). The biggest player in this market is Sony, with their well-known and reliable line of sensors, and most Galaxy S7 and Galaxy S7 Edge devices come with Sony’s IMX260, an upgrade from the Galaxy S6 line. Although Samsung is relying on Sony for most of its camera needs, the company also has its own sensor technology, and some units of the Galaxy S7 and Galaxy S7 Edge are using Samsung’s ISOCELL sensor, instead of Sony’s.

According to SamMobile, which brought in the information from XDA developers forum, one Galaxy S7 edge has the sensor S5K2L1 in tow, confirming that Samsung is testing out their own sensor again. Last year, some units of the Galaxy S6 and S6 edge also came with Samsung’s own tech instead of Sony’s, but it didn’t change anything in the lives of users, since the image quality was pretty good, without any significant difference from what Sony’s sensor could do. We don’t have a way to compare these new sensors just yet, though. In terms of specs, they do not differ on paper, as both have a resolution of 12.3-megapixels, 1/2.5-inch sensors with dual-pixel phase detection, and each pixel has a size of 1.4 µm. The front-facing camera meanwhile, uses a 5-megapixel Samsung sensor in both variants (model S5K4E6).

The Galaxy S7 series is an evolution of last year’s Galaxy S6 series, on which Samsung worked hard in both design and software to make users love the company’s products again. Powered by either a Snapdragon 820 by Qualcomm or an Exynos 8890 from Samsung octa-core processors, they have 4 GB of RAM and 32 GB of initial internal storage, with support for microSD cards. Some of the features include an always-on display, water-resistance, Samsung Pay, fingerprint reading technology, and bigger batteries when compared with last year models. 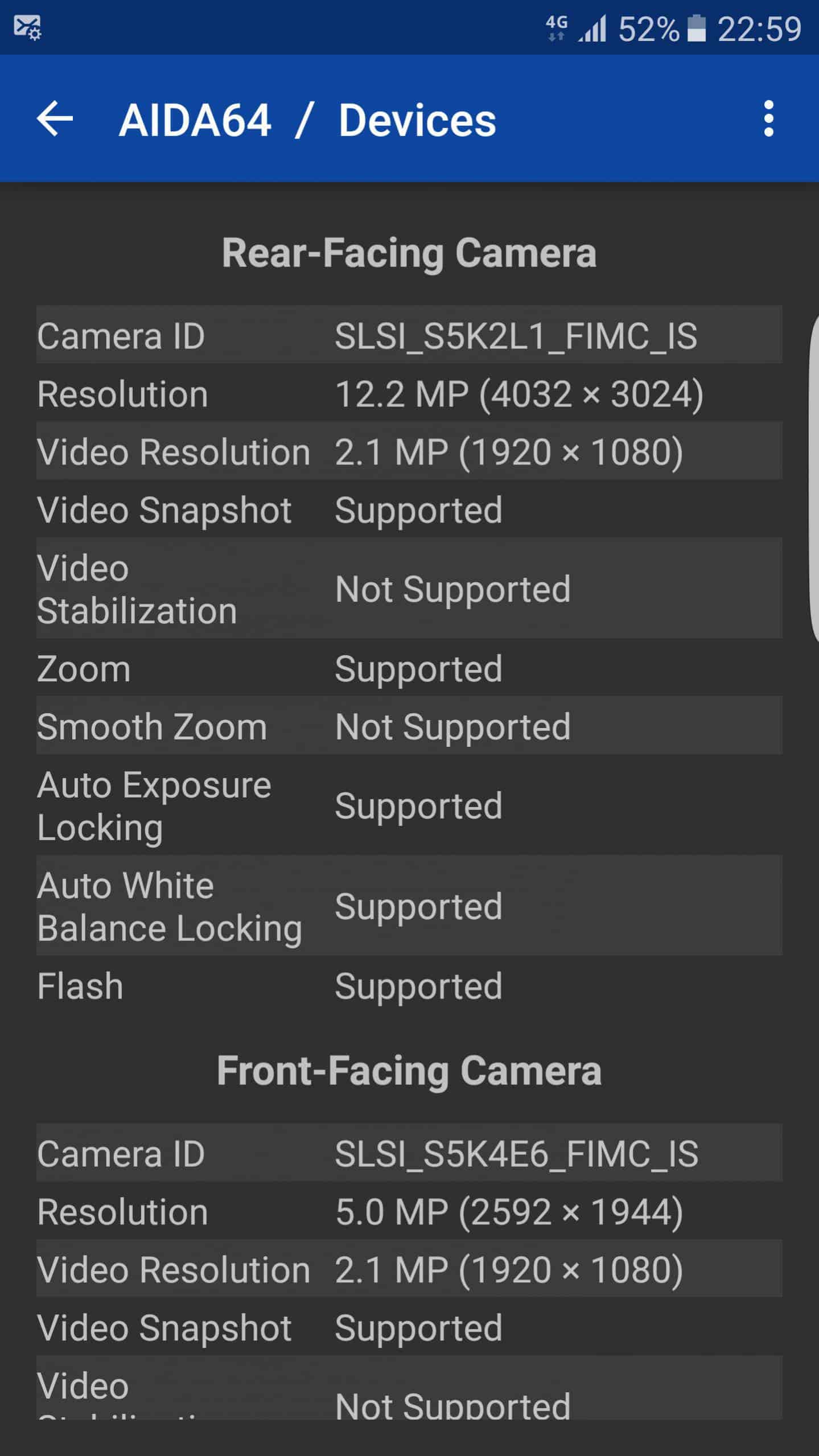