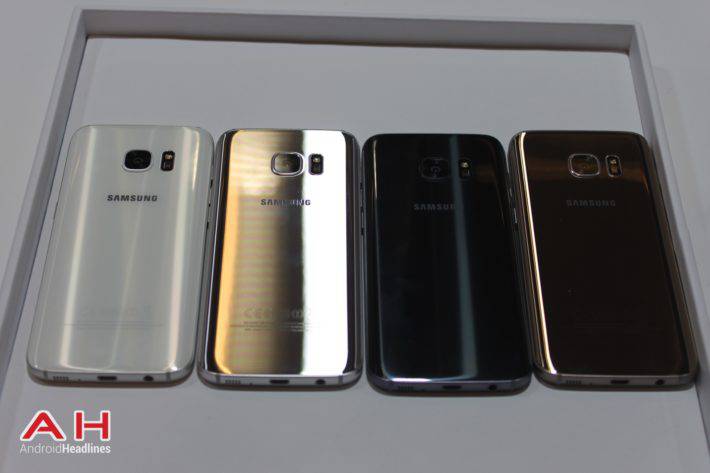 Samsung's Galaxy S7 and S7 Edge devices have been announced last month in Barcelona, and are all over the news ever since then. These two phones are Samsung's new flagship offerings, and are already available in a number of markets around the world. Samsung has introduced the two phones in India not long ago, and the two devices are finally available for purchase in India as well, read on.

The Galaxy S7 phones are now available in India from a number of sources. You can purchase either of these phones from local stores, Samsung's official online store, and one of India's largest retailers, Flipkart. The Galaxy S7 costs Rs. 48,900 ($733) in India, while its curved sibling can be purchased for Rs. 56,900 ($855). These two phones are pricey pretty much everywhere, and India is no exception, such high prices were expected. Now, do keep in mind that the Galaxy S7 and S7 Edge will be available through a number of other stores in the near future (few weeks), Amazon will definitely sell these two phones, and we're sure quite a few additional stores will join in on the fun. Now, if you'd like to purchase either of these two phones in India now, you can get them in Gold, Silver or Black color options.

The Galaxy S7 and S7 Edge are quite similar, and yet quite different at the same time. The Galaxy S7 and S7 Edge definitely have more differences than Galaxy S6 and S6 Edge had. Samsung has opted to include a larger display on the S7 Edge this time around, and the phone also has a significantly bigger battery on the inside as a result of that. The S7 Edge, as its name says, offer a curved display on both its left and right side, while the Galaxy S7 comes in a standard for factor. Both of these phones ship with a QHD Super AMOLED display (5.1-inch and 5.5-inch, respectively), while they also pack in 4GB of RAM. Android Marshmallow comes out of the box, and on top of it, you'll get Samsung's custom UI, as always.