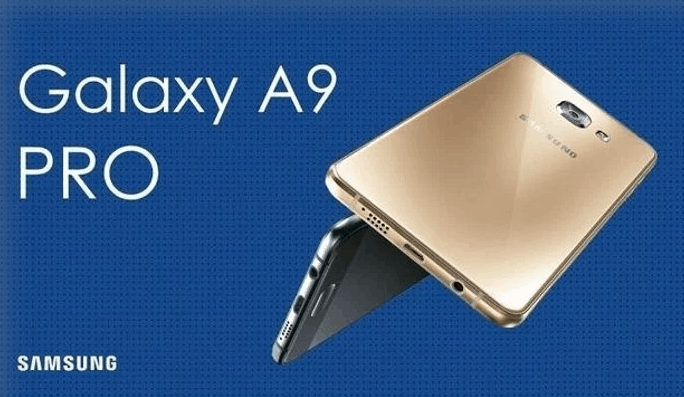 Samsung’s ‘Galaxy S’ and ‘Galaxy Note’ flagship devices are basically always the most popular ones, but the company’s ‘Galaxy A’ and ‘Galaxy J’ devices are far more appealing to some consumers. These are not flagship phones we’re talking about, but mid-rangers which appeal more to regular consumers which are not looking to spend a lot of money, and want to purchase one of Samsung’s devices. That being said, the company has introduced the Galaxy J5 and Galaxy J7 in China yesterday, and it seems like yet another Galaxy A device is on the way, read on.

This Korea-based tech giant has introduced the Galaxy A9 in China back in December. This is a well-specced phablet, which actually sports quite a sleek design all around. Well, we’ve been seeing quite a few rumors, leaks and even certification and benchmark listings of the Galaxy A9 Pro as well, and have been wondering when will the company introduce that device. Well, that has just happened, Samsung has made this device available in China. The Galaxy A9 Pro (SM-A9100) sports the same design as the Galaxy A9, but it is a bit bigger than its sibling though. This phablet sports a 6-inch fullHD (1920 x 1080) Super AMOLED display, along with 4GB of RAM and 32GB fo expandable internal storage. The device is fueled by the Snapdragon 652 64-bit octa-core SoC running at 1.8GHz, while you’ll find a 5,000mAh battery on the inside. The 16-megapixel snapper can be found on the back of this device, and an 8-megapixel shooter is available up front. Android 6.0.1 Marshmallow comes pre-installed on the Galaxy A9 Pro, and on top of it, you’ll find Samsung’s TouchWiz UI. The physical home button is placed below the display, and it is flanked by two capacitive buttons, overview (multitasking) and back keys.

The Galaxy A9 Pro comes in White, Rose Gold and Pink Color options, and it costs a bit more than its sibling, it is priced at 3,499 Yuan ($540) in China, while the Galaxy A9 costs 3,199 Yuan ($487). Now, we still don’t know if Samsung plans to launch this handset outside of China, though they’re expected to do so. Samsung has rolled out quite a few smartphones in China recently, as mentioned in this article, in addition to the Galaxy J5, J7, A9 and A9 Pro, the Galaxy S7 and S7 Edge were also released recently.