Whether or not you fancy yourself as a “hipster” or just someone interested in being creative with your photos and video, there’s a lot of options available on Android. Sure, these filters and throwback camera apps often get a lot of criticism, but they certainly have their place and for the creative out there, some really great pictures and footage can be put together with an injection of nostalgia. Whether or not you’re looking to film, take great stills, share these cool shots with friends or whatever else, this Top 10 list should have something for you. 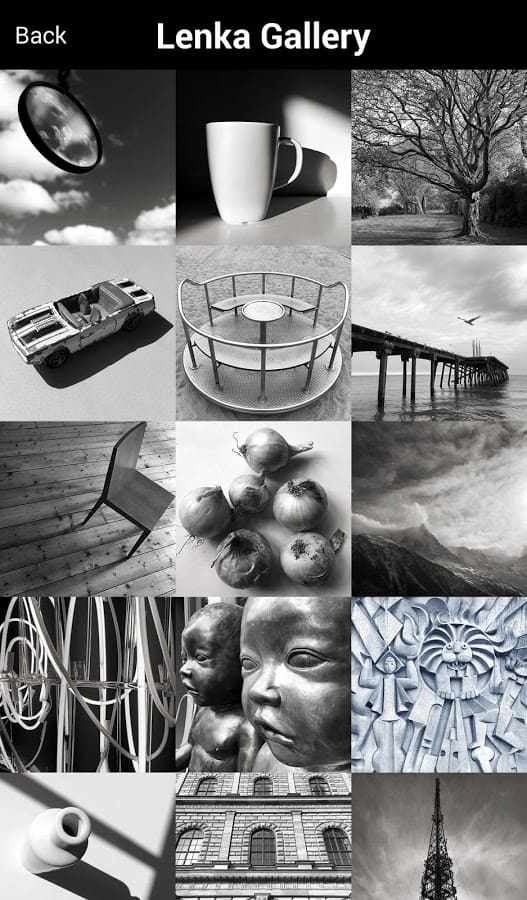 Lenka has been a popular app on the iPhone for some time, but it recently launched on Android last year, and we took a good look at what it had to offer. Lenka has one simple feature; to take photos in Black and White. Rather than offer the gimmicky version of that endeavor, Lenka has some simple and serious tools to adjust color filters and more to get the right sort of B/W shot you’re looking for. It’s free to download and while it’s very simply, it takes excellent black and white photographs with bags of detail. 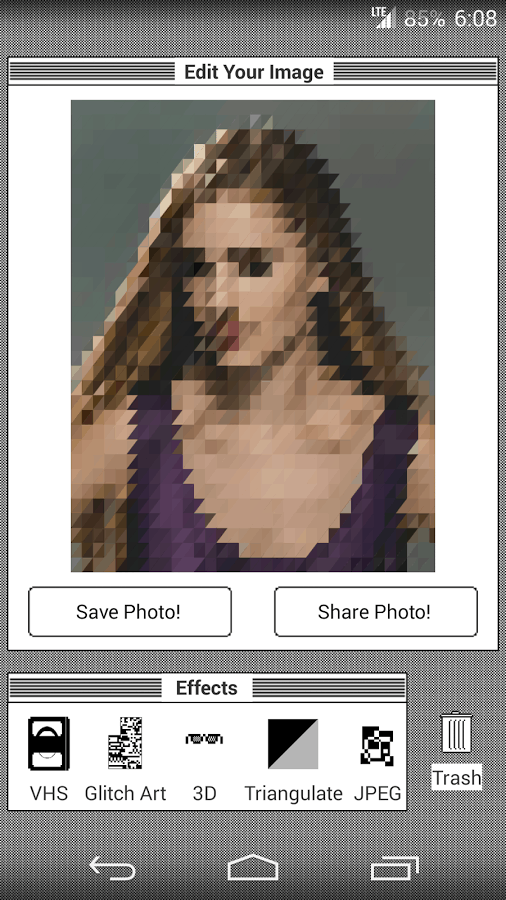 While Lenka is all about going back to the beginning of photography, Glitchr concerns itself with the early days of digital photography. Styling itself on an oldschool computer from the late 80s, Glitchr allows users to put all sorts of different computer-generated effects on to their pictures. It’s simple, good fun and will offer a lot of nostalgia to those that remember such technological wonders like the floppy disk and the 56K modem. 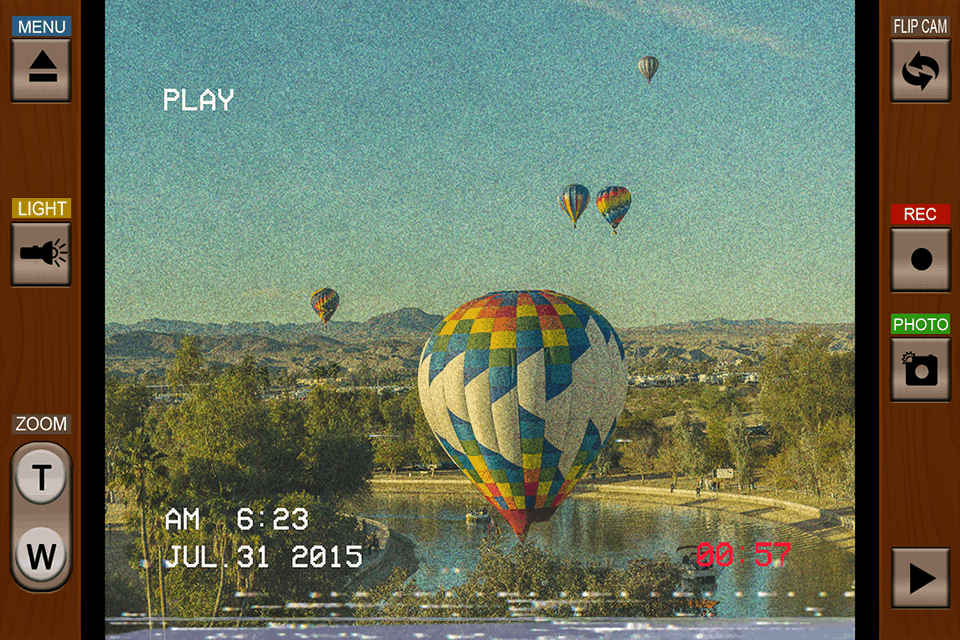 Before we had the ability to record moving images digitally, the VHS camcorder was the best we got. That meant decades of home videos that were fuzzy, a little bit wavy and naturally, flooded with time stamps. This Android app is all about allowing people to record a similar video with their smartphones, and while it could be considered cheesy, there are probably people in your life that might appreciate such films, reminding them of a simpler time. Perhaps one where the footage didn’t always have to end up online. 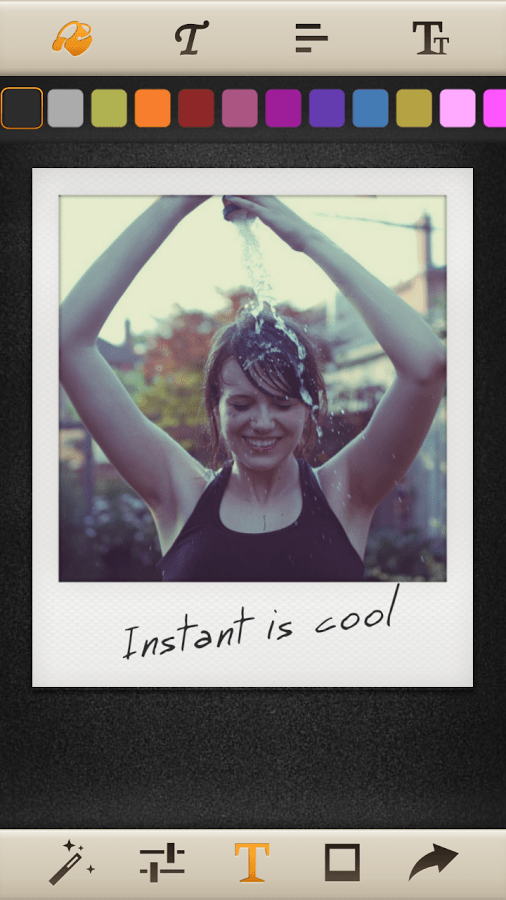 There used to be a time where an instant photo would actually result in something physical you could share and pass around. That was back when the Polaroid was a thing, and this neat little Android app tries to bring the Polaroid back from the depths of irrelevancy by offering a simple way of creating digital Polaroids. These framed pictures with a cool film look to them are all good fun, especially to put a sort of oldschool slant on something, and if nothing else Instant will help bring back some sort of fanfare to taking an impromptu picture, sans selfie stick. 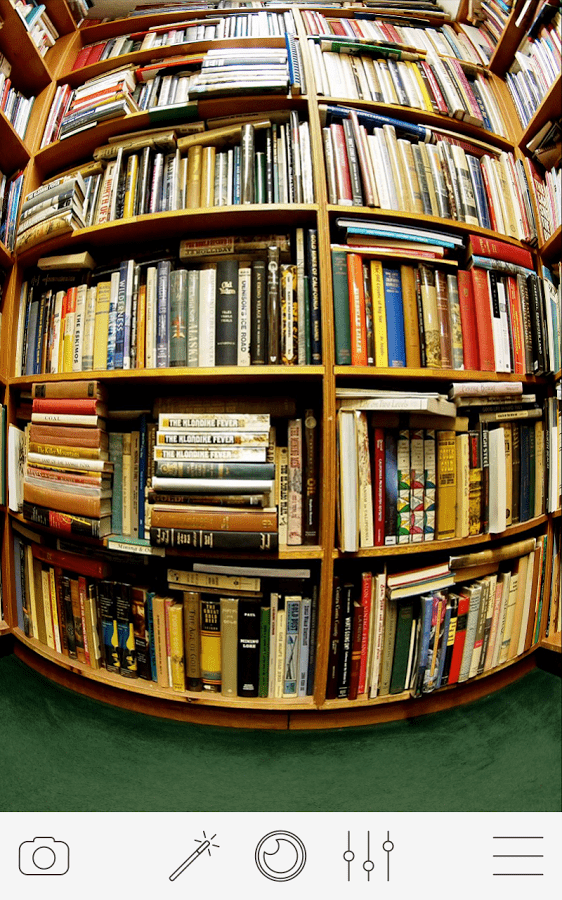 During the early 2000s the ability to take photos with a near-360 view was all the rage for marketers, as well as folk that could afford the right lenses, too. Now though, 360 is confused with virtual reality and looking more than a little bizarre with something strapped to your face. Fisheye is an Android app that brings that 2000s fun back to 2016, and will basically allow you to take and edit photos with the same Fisheye effect that many a marketing ad did almost two decades ago. 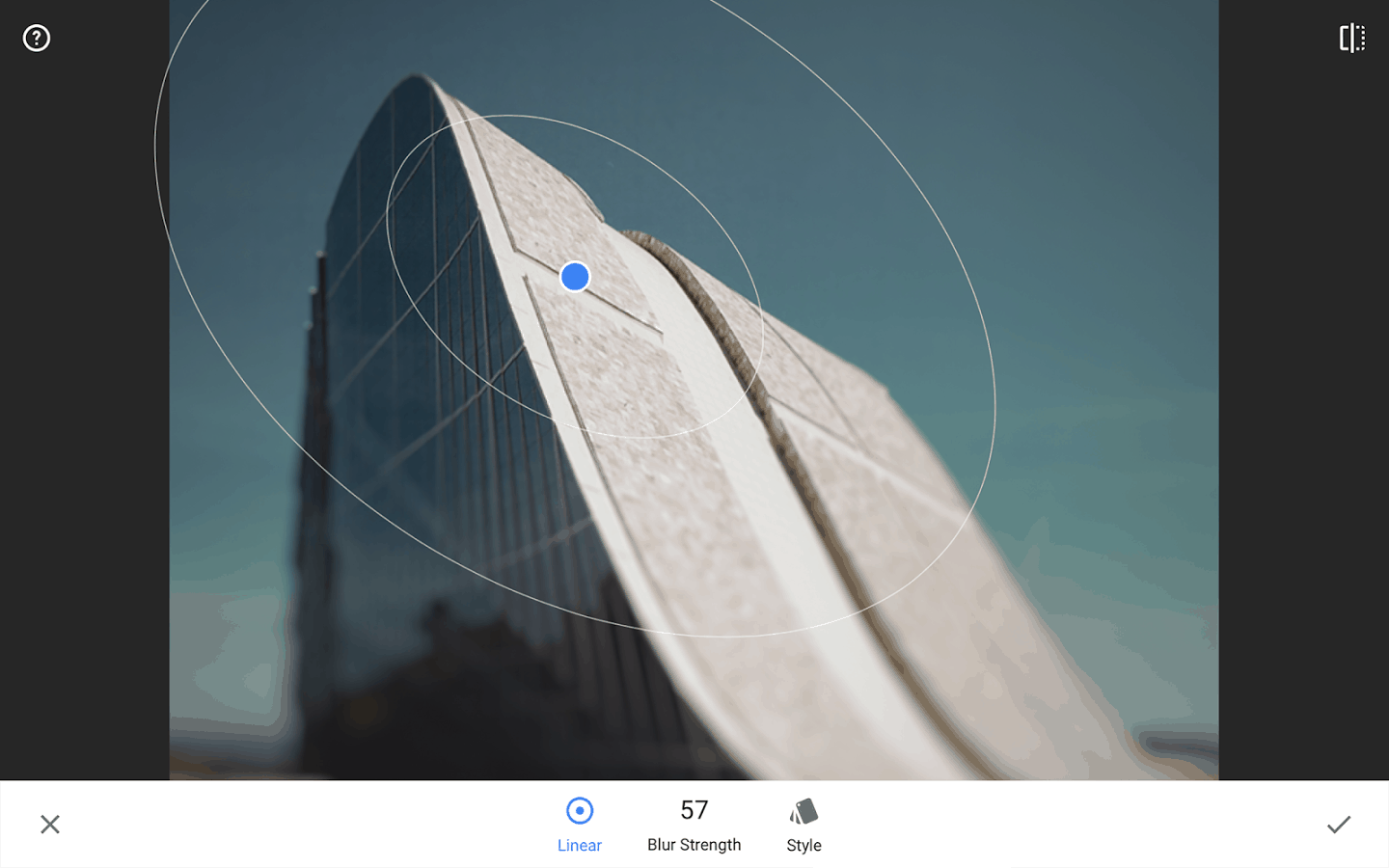 Snapseed isn’t a camera app like the others on this list, in fact it’s more of a photo editing app that’s really quite modern. The reason it’s in this list however, is because of just what you can do with it, Snapseed will allow users to create whatever the hell they want, with focus blur, color filters, view changes and a whole lot more. Snapseed allows people to create their own sort of “vintage” and that’s really the big draw of something like Snapseed, it lets you go wild. 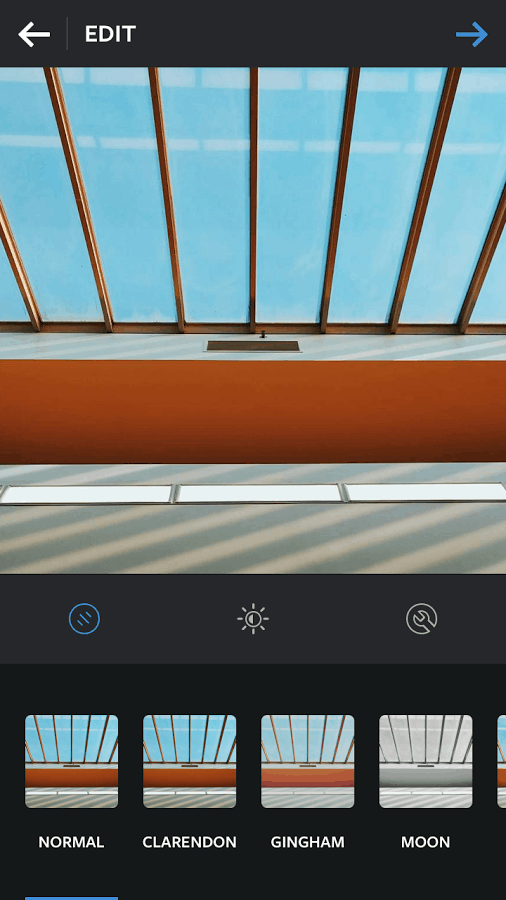 Instagram is all about the filters, and no matter how proud people are of their #nofilter shots, the temptation is always there. To take and then share a photo that looks like it was taken 50 years ago with Millions upon Millions of people, there’s nothing quite like Instagram. With all the filters to make a good-looking film-esque shot, the only thing you have to work around is all of those foodie shots. 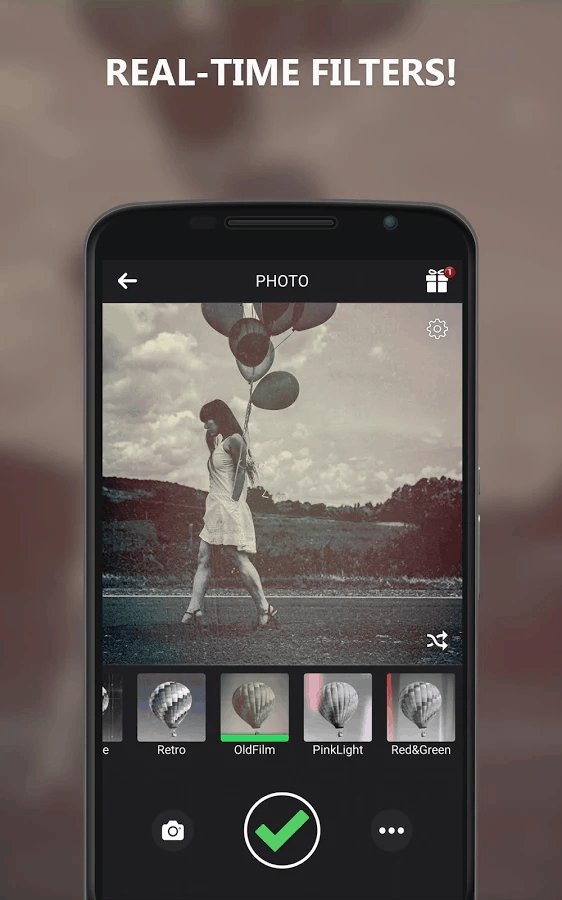 Much like Lenka, this is an app that just allows people to take good-looking Black and White photos, but unlike Lenka this has a lot of presets included. With lots of different filters included, this is the sort of app that’s good for pointing and shooting and then turning something into a shot from yesteryear. There’s even a filter called “Hipster” included, which just has to be good, right? 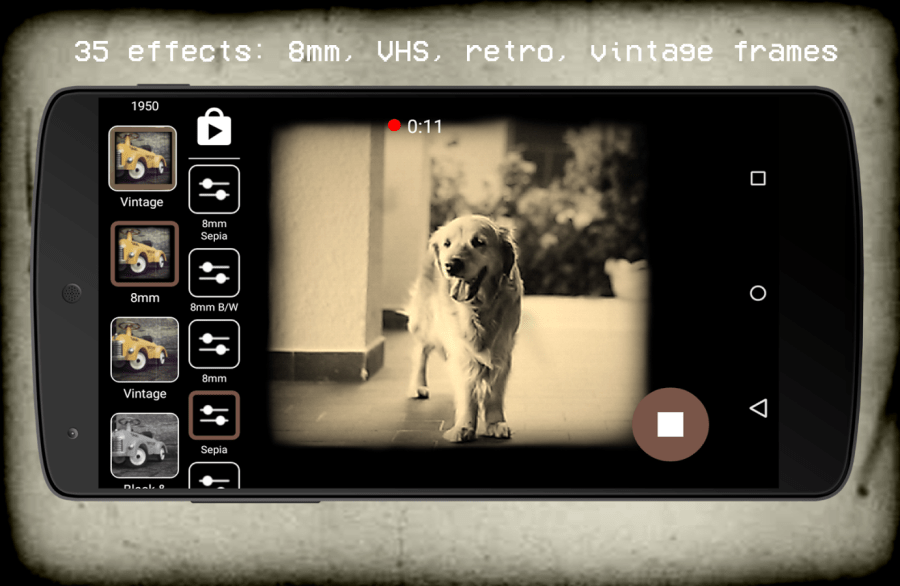 This cool app allows users to film videos with a vintage feel in a number of different filters and frames. It looks good in B/W, classic 35mm and more. Simple and to the point, the filters and frames here are good fun and it will certainly allow users to experiment with a little nostalgia here and there. There are 20 different filters to choose from and the videos can easily be uploaded to Instagram, too.