reddit is working on their own Android app, which is currently in closed beta. But that doesn’t mean you can’t check out a slew of third-party apps, which will also still be around once reddit’s app actually leaves beta. Many of these have been around for quite some time and improve the reddit experience when compared to browsing on their website. 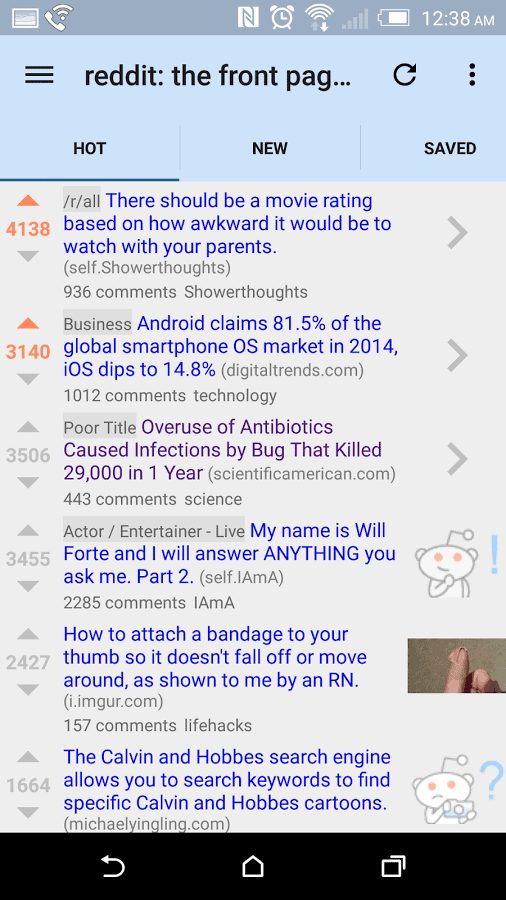 This app here takes the core of reddit and essentially makes it material design. It’s a good looking app that allows you to browse through reddit, including all of the subreddits and also upvote or downvote threads in different subreddits. It does also include moderator features and also has tablet support. Something that a lot of apps are still lacking. 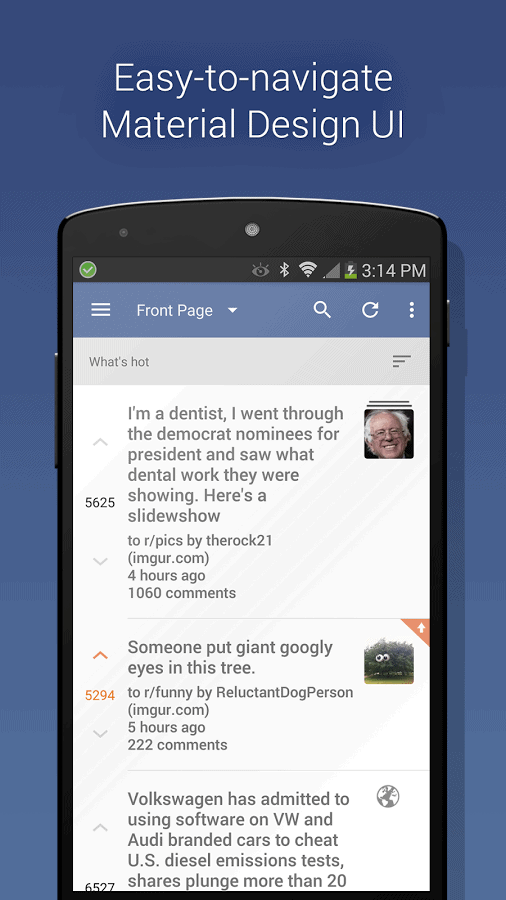 BaconReader is another fan favorite. While it’s not necessarily material design, it does look quite nice. It also makes it easy for users to browse their favorite subreddits and even submit new posts, both links and text-posts. BaconReader sports a night mode as well, which will automatically engage a pre-determined time. So that way you can browse reddit at night without hurting your eyes. 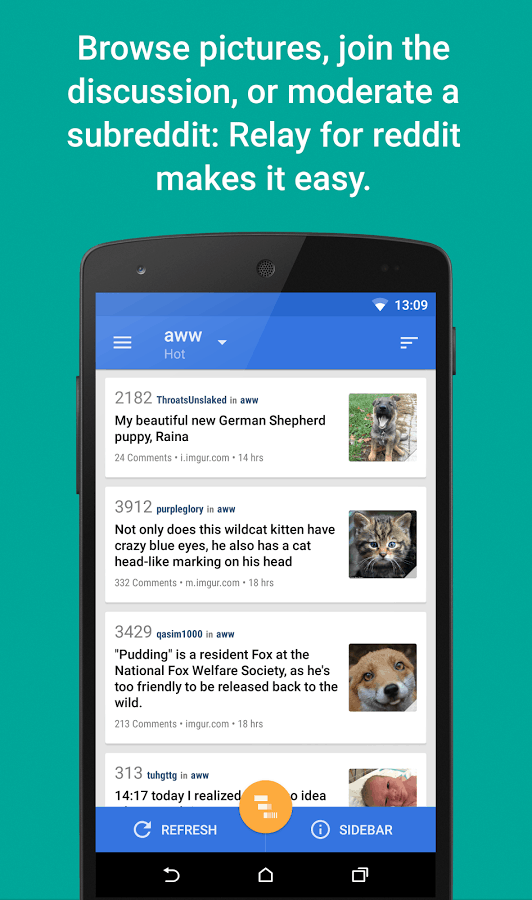 Relay is a fan favorite as well. Mostly due to how beautifully designed the app is. As well as how lightweight it is. One of the more popular features of Relay is the ability to have multiple reddit accounts. There is also a built-in browser, theme support as well as all of the moderator features included. So if you are a mod of a subreddit, you can take care of things right from your phone. 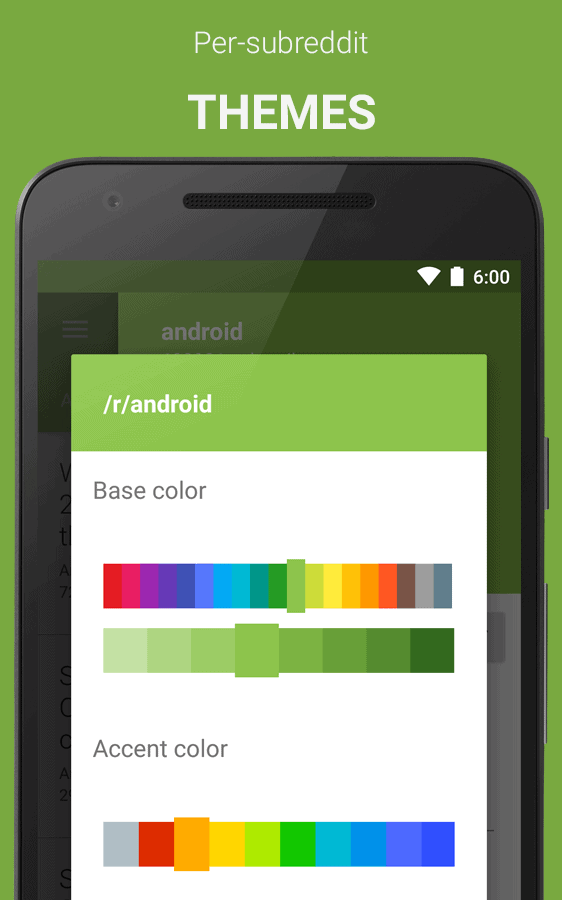 Slide is another great reddit app that is pretty lightweight and easy on the eyes. Like Relay, Slide also allows you to change up the colors in the theme of the app. Allowing you to virtually use any color you so wish. Slide also offers offline subreddit viewing, making it easy to catch up on whats happening when you don’t have an internet connection. Especially useful if you take the subway. 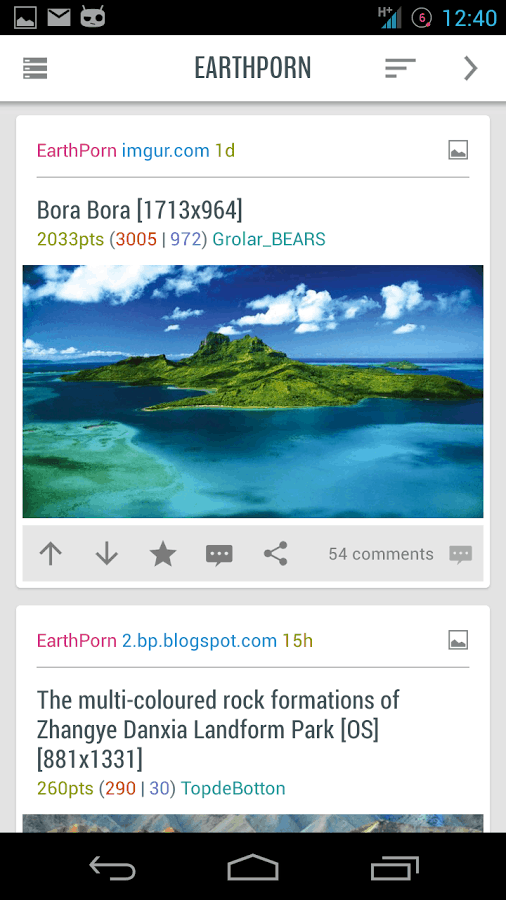 This one is lightweight and is pretty minimal when it comes to design. Flow allows you to easily browse through your subreddits without any lag. Flow also has a night mode as well as a day mode. So at night you aren’t hurting your eyes with the bright white colors in theme, but can use the black theme instead. It does have YouTube support, so you can watch YouTube videos right within the app, without going to the YouTube app. 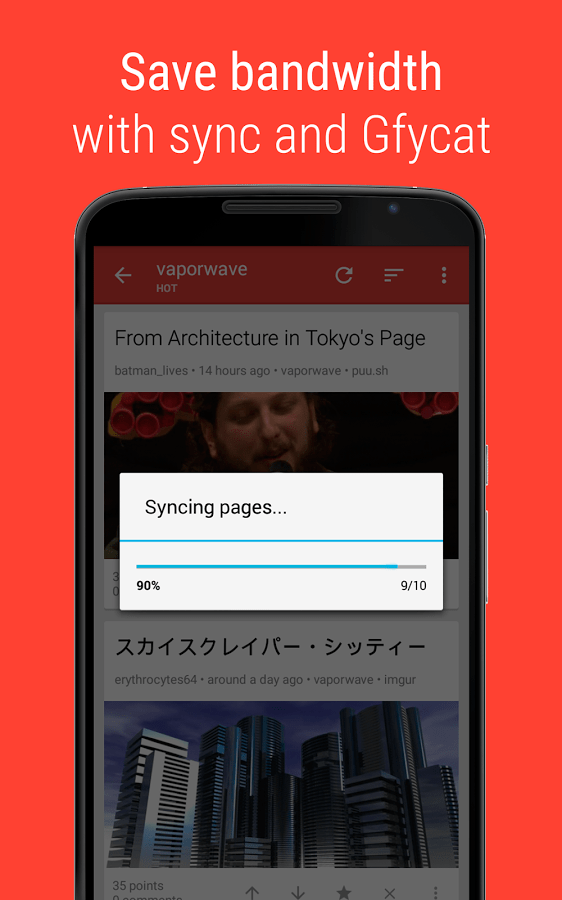 Here we have a beautifully designed app with theme support as well. Sync for reddit also includes a great looking AMOLED theme. Since AMOLED lights up individual pixels, blacks are easier on the battery. So having a black theme means you’ll use less power here. Sync for reddit is also nice and light on the bandwidth, since it only syncs when needed. Even gifs from Gfycat. 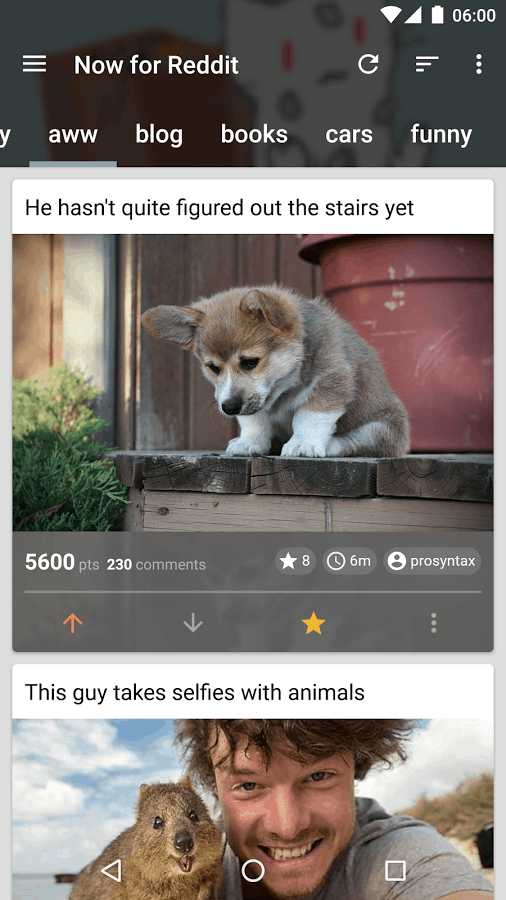 Also a lightweight app here, which allows you to browse images from Imgur from within the app. So you aren’t having to jump between the Imgur app or website and the Now for reddit app. You can also watch trending videos on reddit TV. Now for reddit makes things nice and simple without using a lot of space or resources from your smartphone. It also sports a true tablet layout, unlike other apps that are around. 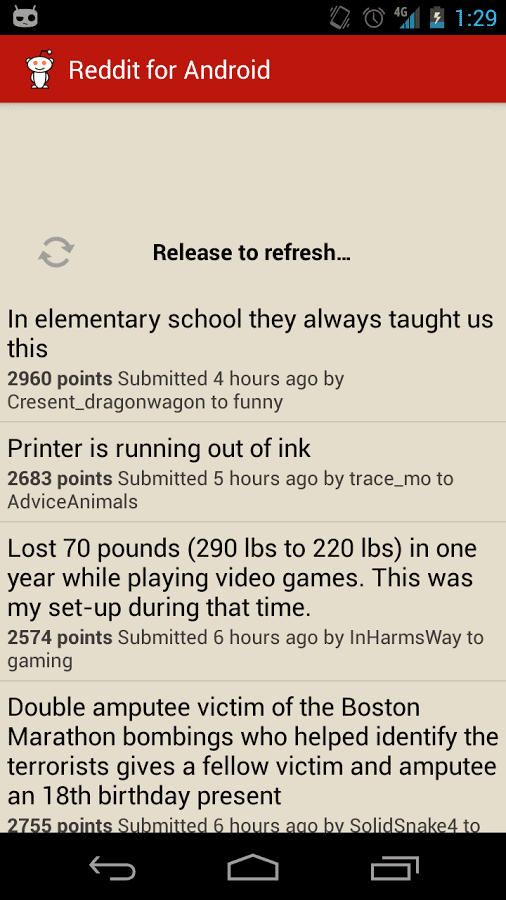 This is an unofficial app, and is a very bare-bones app for reddit users. What we have here is a way to browse reddit and that’s about it. There’s no way to login (which means no comment posting, posting new threads or upvoting/downvoting). If you just want to browse reddit and that’s all, then this is a perfectly fine app to check out, and likely the smallest and lightest app on this list. 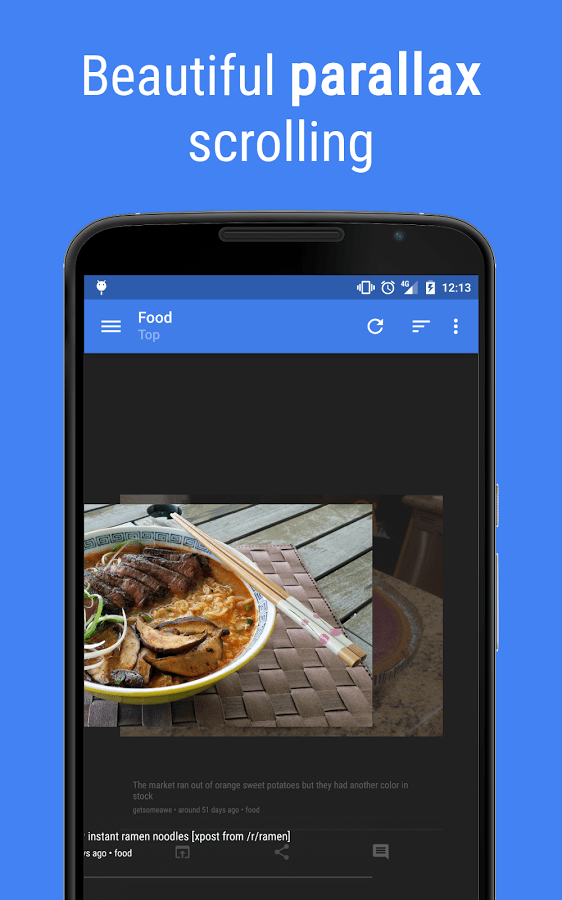 Just as the name states, this app lets you swipe between threads on reddit. This includes swiping between videos and pictures. Especially great for browsing r/gifs. Swipe for reddit is material design and pretty darn fast. It doesn’t have a ton of features, but it does have more than the Reddit for Android app listed above. 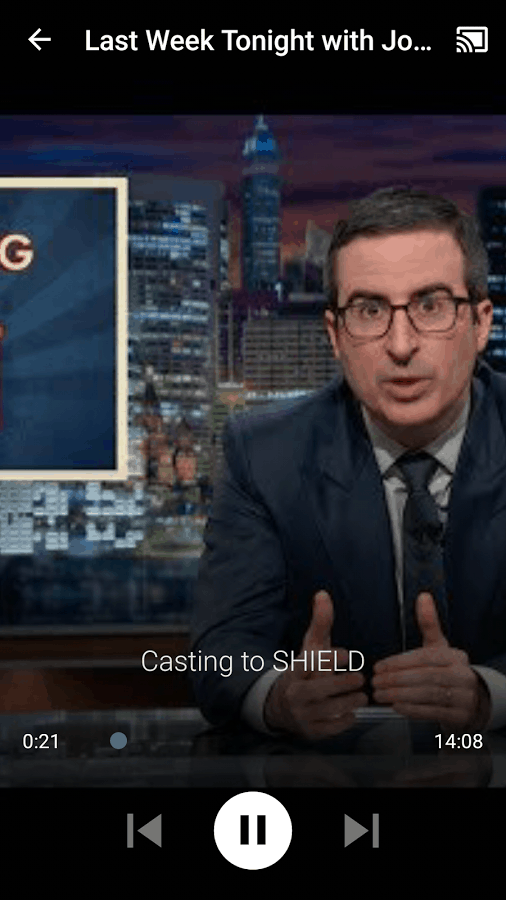 Something that’s a bit different from the other apps on this list. This app for reddit brings Chromecast functionality. So what you do here is you can cast pictures and videos from reddit onto the big screen using Cast for reddit. Of course that’s not all this app does. It’s still a full functioning reddit client which allows you to browse subreddits, post comments, upvote, etc.