Our smartphones and tablets have become parts of our everyday lives now, and it’s rare to find someone using two different devices for work and pleasure. Which means that users have a little more freedom when it comes to selecting the apps and utilities that they use to get work done. Whether you just need to write up some notes, stay organized, edit pictures on the move or send files to people while thousands of miles away from your desk, this Top 10 should have something for you. 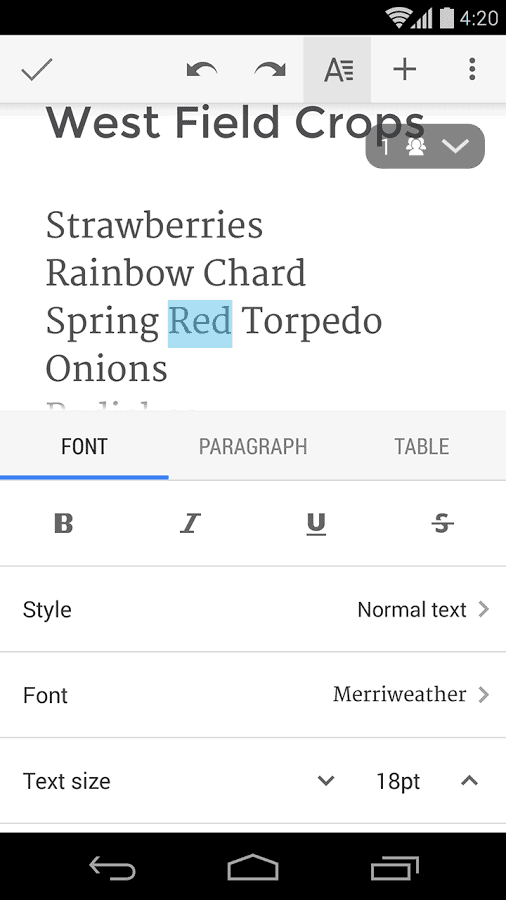 It goes without saying that for a lot of people, all they need to do away from work is maybe prepare a letter, draft an email or, if you’re a student you need something to write essays and prepare papers with. Google Docs is, no matter if you’re running your own small business or collaborating with a whole team from your firm, one of the best options out there. It’s 100% cross-platform and just needs a web browser to get going elsewhere, and on Android smartphones and tablets, it has a lot on offer. One of the best features however, is the need to never find “Save As…” ever again.

Evernote has been going for a long time now, and for a lot of people it’s become a way of life. If you’re just getting started at school or running your own business, Evernote can be a great way of staying on top of things, as well as a fantastic research tool, as well. With the ability to bring scanned documents, images, web articles and typed-out notes all together under one roof, Evernote is the one Android app that makes it difficult to forget anything, and like many note apps out there, it’s 100% cross-platform, too. 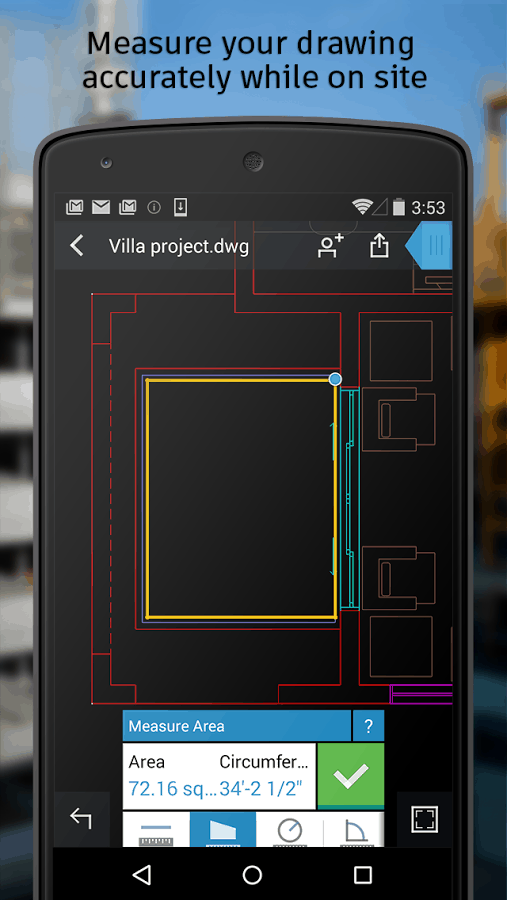 This offering from Autodesk might be a little specialist, but if you work in construction, are an architect or you’re planning to design your own extension or something similar, then AutoCAD 360 is a great little tool. Good for starting from scratch, as well as updating when you’re onsite or have inspiration from similar designs on a research trip, AutoCAD 360 is a good app that enables users to get more done when away from their desks and drawing boards. 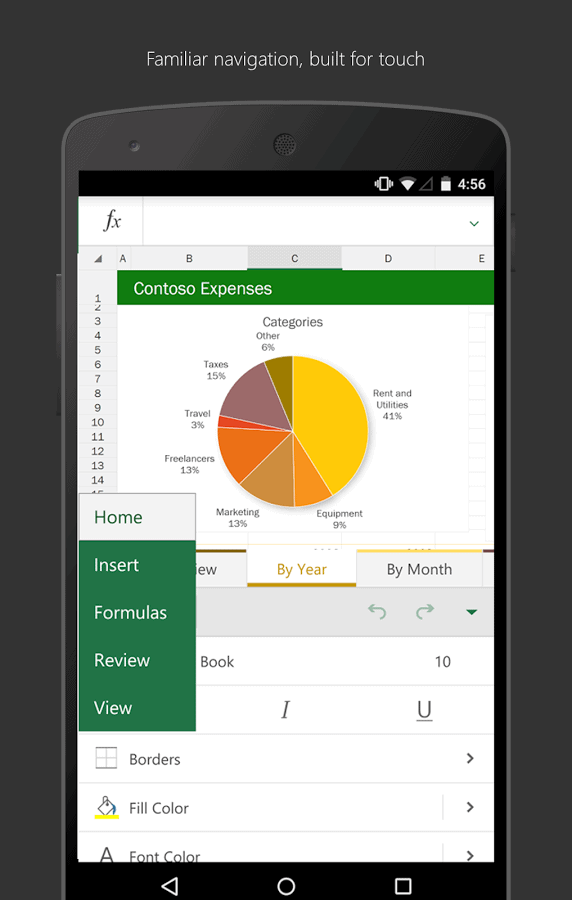 While Google Docs has replaced Microsoft Word for a lot of people and businesses, Microsoft Excel is still used by much of the corporate workforce. Which means that if you’re part of the rat race, you’ll probably be dealing with those XLS files a lot. To check in on those macros and pie charts on the move – be it smartphone or tablet – Microsoft’s Excel for Android is free and fairly comprehensive, there’s even an accompanying keyboard app for those hardcore spreadsheet users out there. 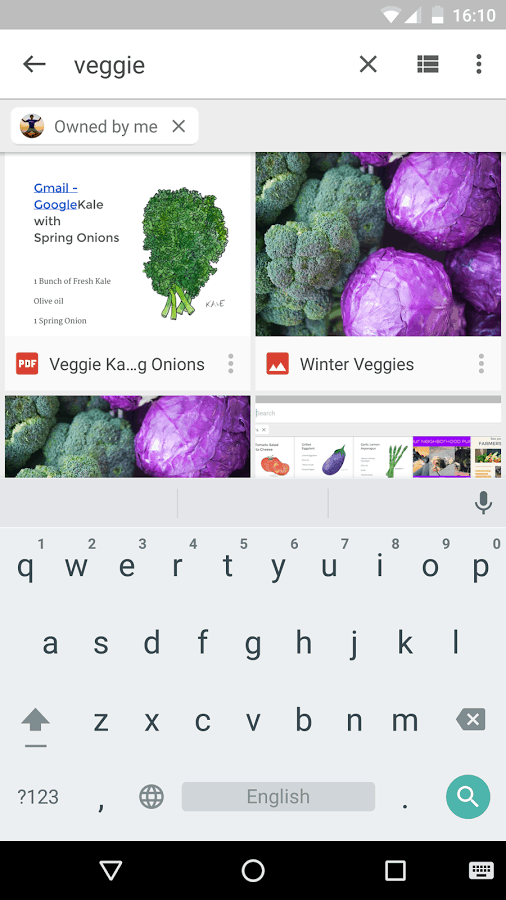 Getting any sort of work done while on the move, or on any sort of Android device requires some sort of file organization, and if you’re going mobile you may as well keep all that data somewhere else. Google Drive gives people a lot of free space, has a simple and easy to use Android app, and it doesn’t care what sort of file formats you want to use. Great for organizing and searching through files, Drive is where Google Docs files end up and there’s little reason to try this out as for a lot of people, the free storage space will be more than enough. Cross-platform to the max, there’s even a Linux app available! 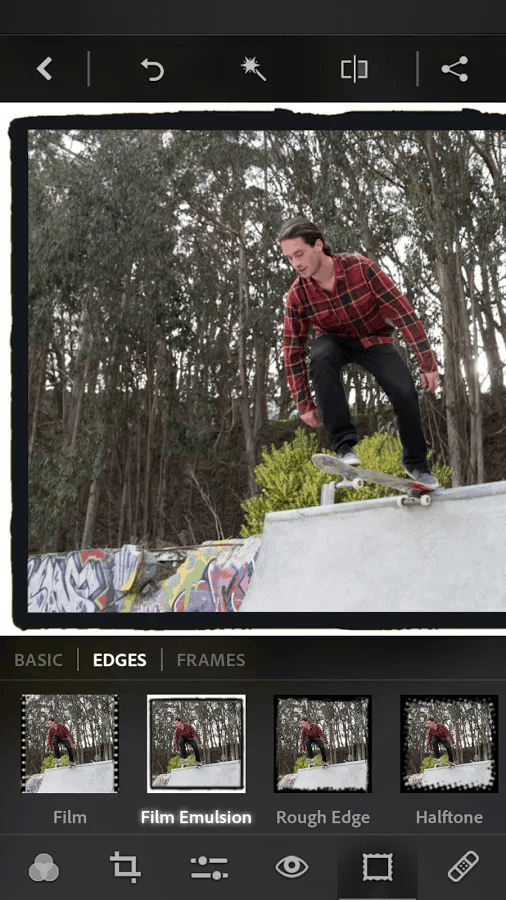 Many will have heard of – and probably used – Photoshop on their computers, and while that version is super-powerful, it’s also very complicated. Photoshop Express on the other hand is nice and easy to use, offers many common editing tools and even some cool filters and frames to boot. Free to download and use, this even supports RAW camera files, and will make touching something up to send off to a client or add to an ongoing project pretty easy. 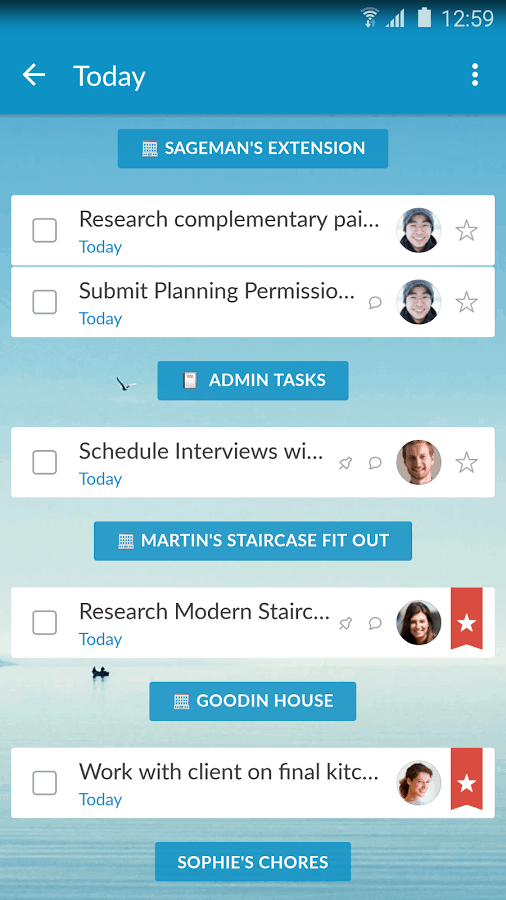 Getting anything done while on the move requires some sort of organization and the easiest way of staying on top of things is to make lists. With Wunderlist, users can create time-sensitive tasks with natural language such as “Remind me to email Dave at 12:30PM tomorrow” and sure enough, Wunderlist will remind you at 12:30PM the following day to email Dave. It works well, and it’s also great for working as part of team as well, adding and looking in at other people’s lists to ensure they’re pulling their weight and so on. 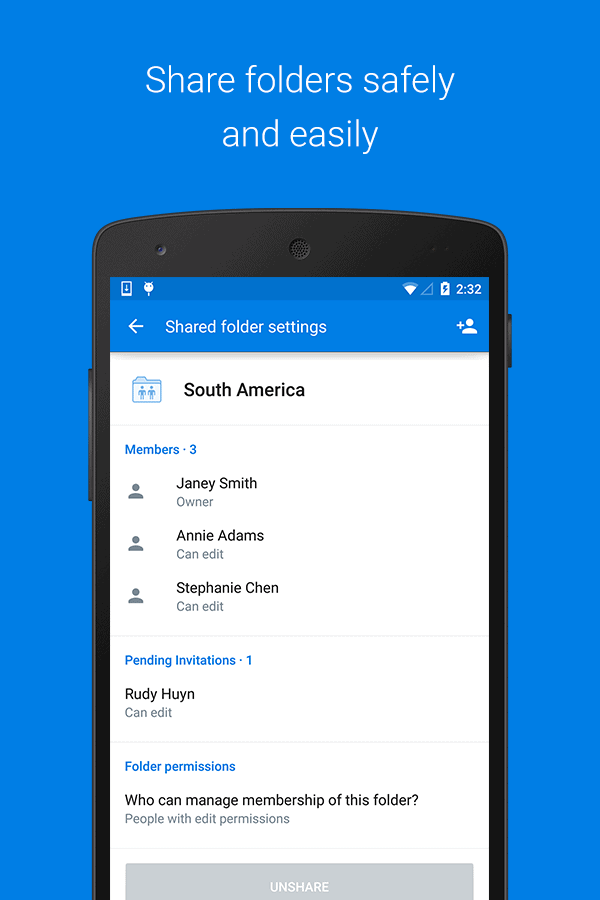 Dropbox is one of the few cloud storage apps and services that’s been around for this long, and it’s one of the simplest and most reliable, too. Great for its Camera Upload feature, ensuring you never have to lose an image without having to use Google Photos and it’s also compatible with Microsoft software. This makes it easy to use Dropbox for work and play, and also negates the need for something like OneDrive if you work in a Microsoft environment. No matter what you need it for, Dropbox is one of the better cloud storage options out there. 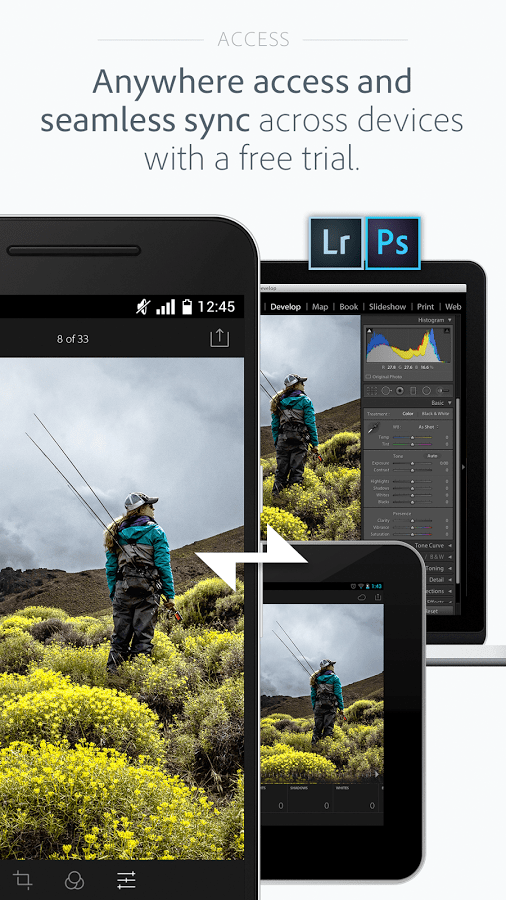 If Adobe’s Photoshop Express is all about simple and fun touch-ups, Lightroom is about getting started on your next masterpiece. The Android app supports all manner of RAW files from Sony, Nikon, Canon, Fuji and more and it will sync back to your workstation or desk, too. For those looking to create a mockup or preview of something for a client with familiar tools and presets, Lightroom for Android is a great way of getting halfway there, and it might surprise professionals just how useful it can be. 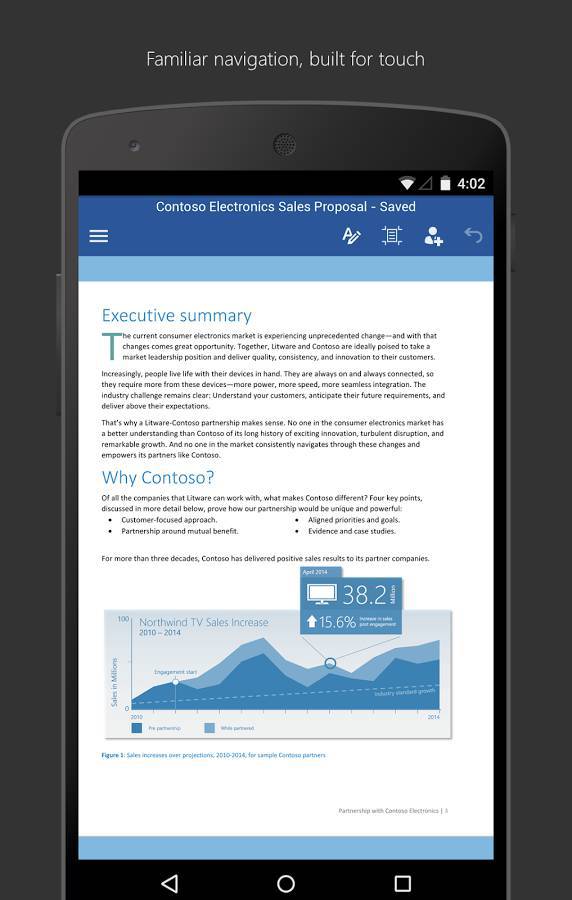 Much like Google Docs up above, Microsoft Word is all about helping you with your document creation and editing. The app can be tied to your Microsoft account so you can sync your stuff across the cloud and devices, making it easy to bring your work with you wherever you need it to go.