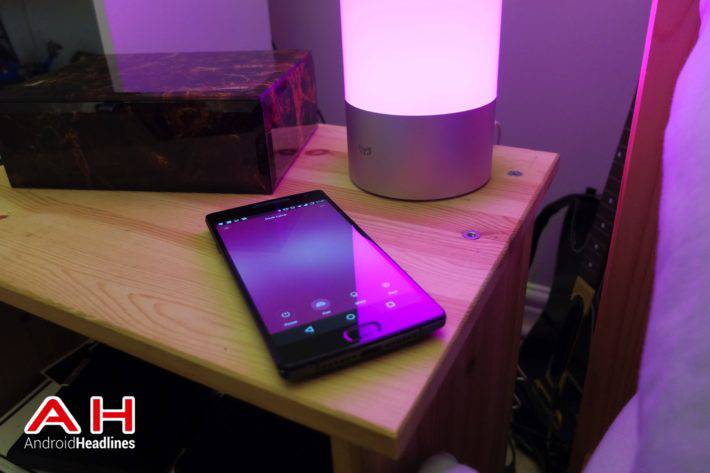 If the recent launch of their flagship Mi 5 smartphone during Mobile World Congress back in February wasn't enough evidence, Xiaomi has become a big deal. No longer just a brand that only operates inside of China, Xiaomi has taken India by storm, and it looks like the rest of the World is next. While they're most known for their smartphones here in the West, back in the Far East the brand is known for that and much more more besides. The Mi branding has been applied to everything from battery packs to TVs in recent years. One of their more mainstream products – yet also offbeat for a phone manufacturer – is the Yeelight. Announced as, primarily, a smart bedside lamp the Yeelight connects to your phone via Bluetooth and can be scheduled and controlled from your Android smartphone. It features 16 Million colors and the ability to change between them all through both gesture and the smartphone app. So, let's take a closer look shall we? 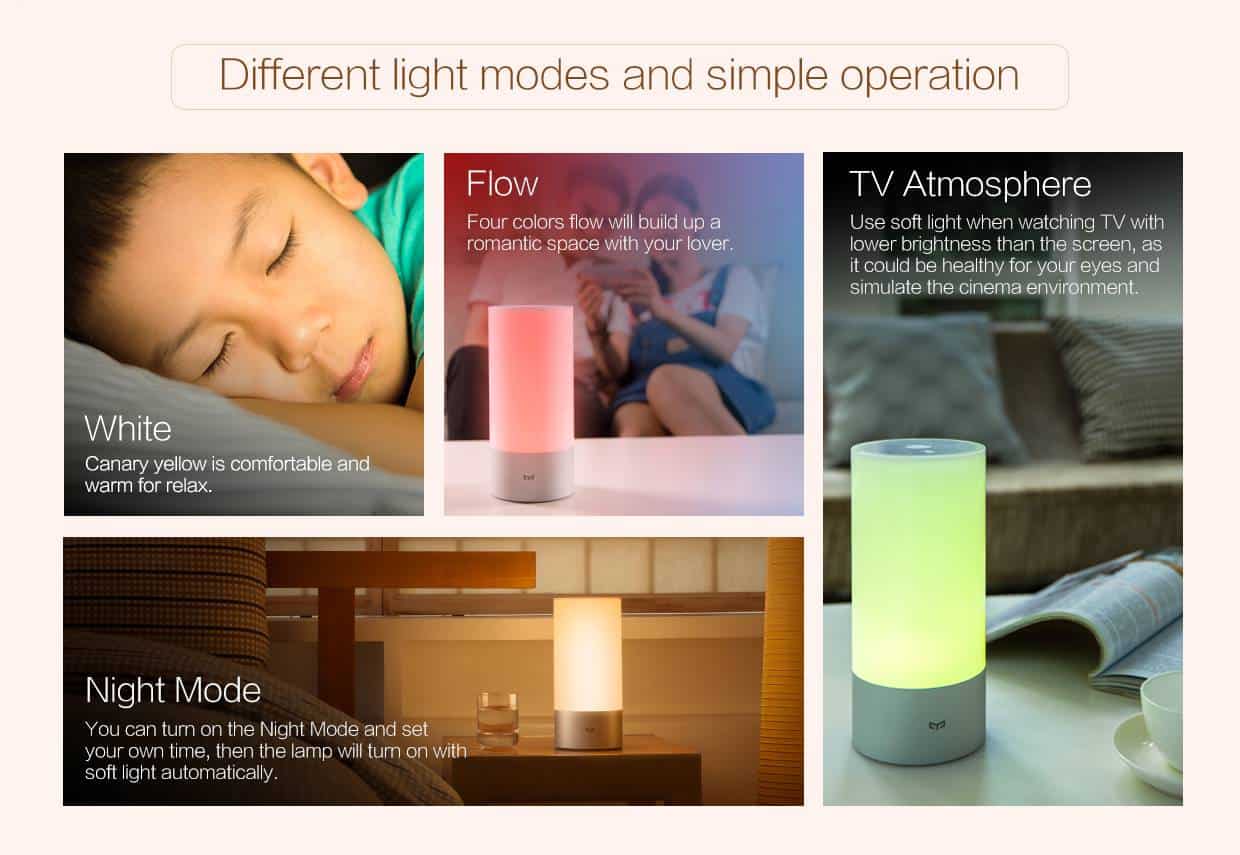 It's perhaps a little strange for a site like ours to be reviewing a smart lamp, but the Yeelight is a fairly charming little device, and its feature list does seem to have a lot on offer:

In the box there's not much beside the Yeelight itself, a DC power adapter and a small instruction manual, which is of course, all in Chinese. The packaging itself is fairly non-descript and minimal as we've come to expect from Xiaomi, and while it would be nice to have a little better presentation here, there's not much to complain about. 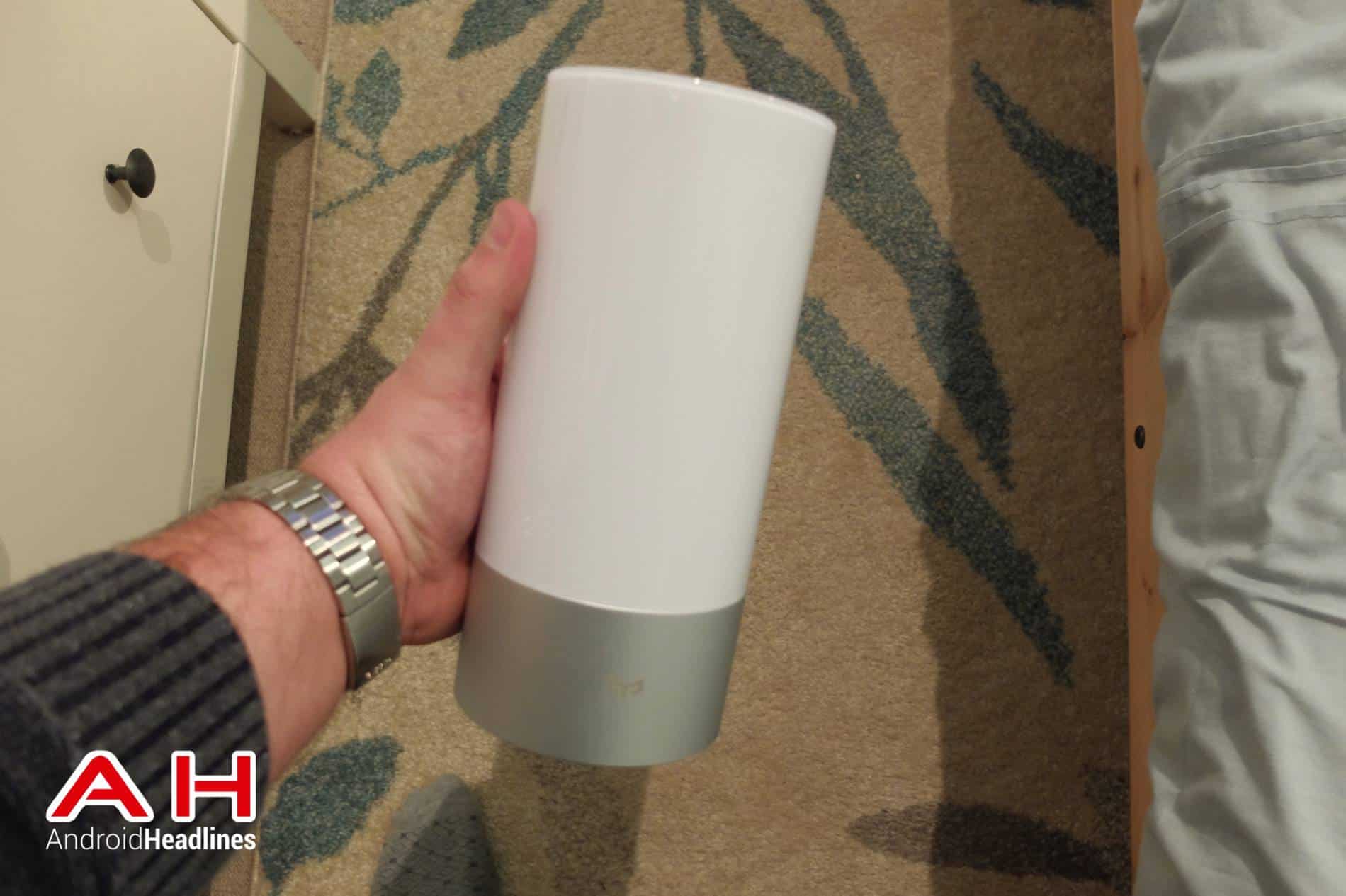 Focusing on how the Yeelight itself looks for a moment, there's not a whole lot to talk about, really. That might sound like a negative, but in reality this lack of design has been created…by design. The lamp is designed to be fairly low-key in the bedroom or in an office environment – as I primarily use mine in – and with just a white tower and a subtle aluminum base with just one small logo, the Yeelight achieves that goal. It's not too wide or too tall, but it is a little heavier than I was expecting (which actually helps the device to stay upright). At 8.5-inches tall, the Yeelight is about 75% the height of a PS4, and is a little shorter than most lamps marketed as bedside lamps. The placement of the buttons on the top is nice, and the power button is nice and big, making it easy to find in the dark. The scene button on the other hand (which cycles though different color-changing modes) is a little thin and could depress further for me, but otherwise it's okay. All-in-all, it's a good-looking little lamp that doesn't try too hard to stand out, making it minimal and easy to blend in to the majority of layouts.

As far as build quality goes, there's little to complain here. The unit feels solidly-made, and at roughly 700g or so is weighty enough to stay still. Will it hold up to being knocked over and such? I think it should withstand carpeted floors pretty easily, but on concrete? I wouldn't be so sure. With no glass however, there's little danger of this shattering or being smashed, but I do thing that white plastic tower could be scratched if it was knocked about on rough surfaces. The LEDs inside of the Yeelight are said to last for 20,000 hours, which is pretty good. Especially compared to the 15,000 hours or so the Philips Hue line of LED bulbs are rated at. 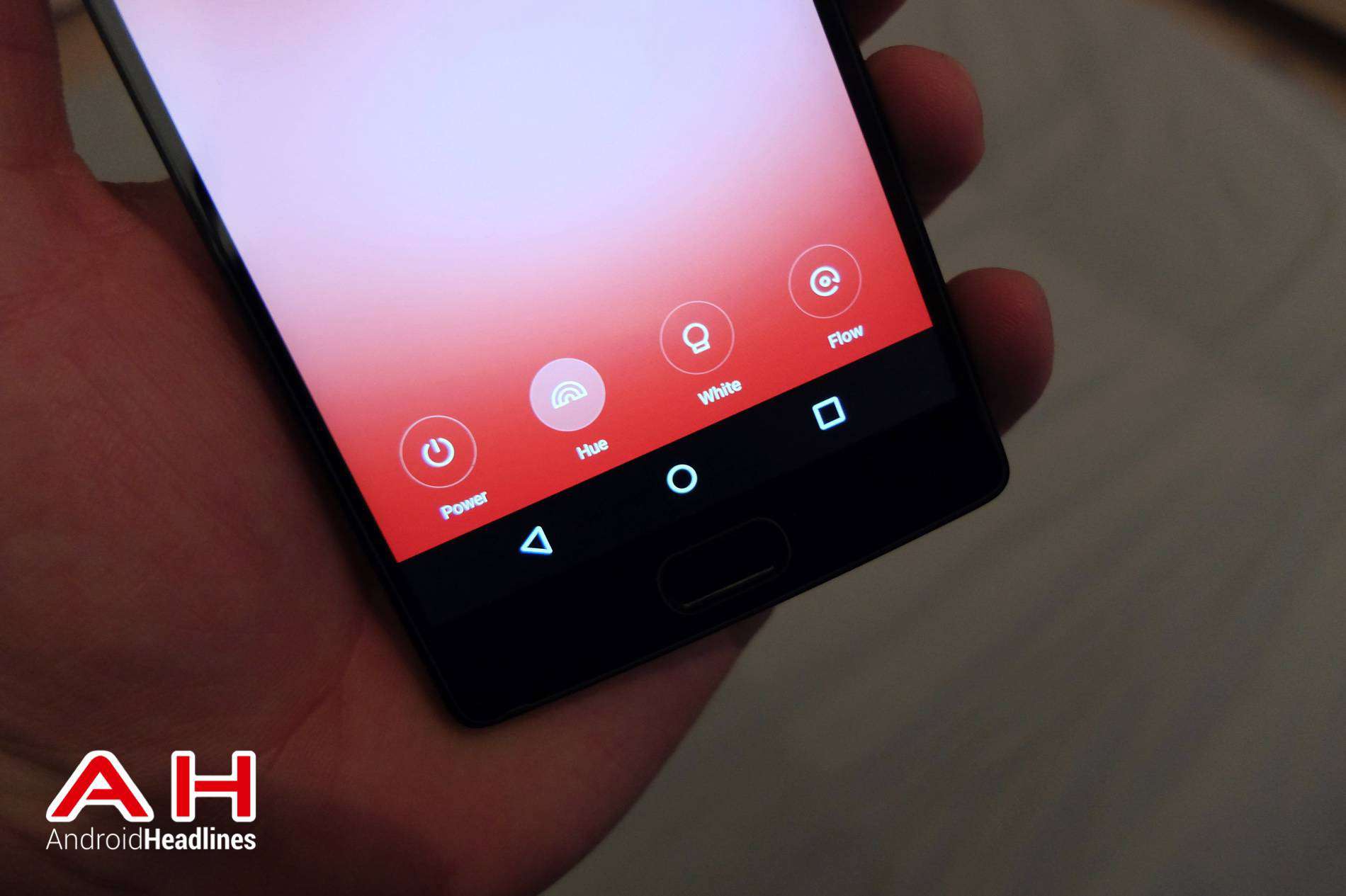 A smart lamp such as this wouldn't be very smart without some sort of app attached to it, now would it? Despite the fact that the Yeelight is of course a product out of China, the app is available in the Play Store for free and it's translated into English, too. It's not a perfect translation, but it's fairly intuitive as it is. Selecting the "Hue" option from the bottom presents a choice of different colors, choose from a spectrum of white or use the Flow feature to cycle through all the different colors. 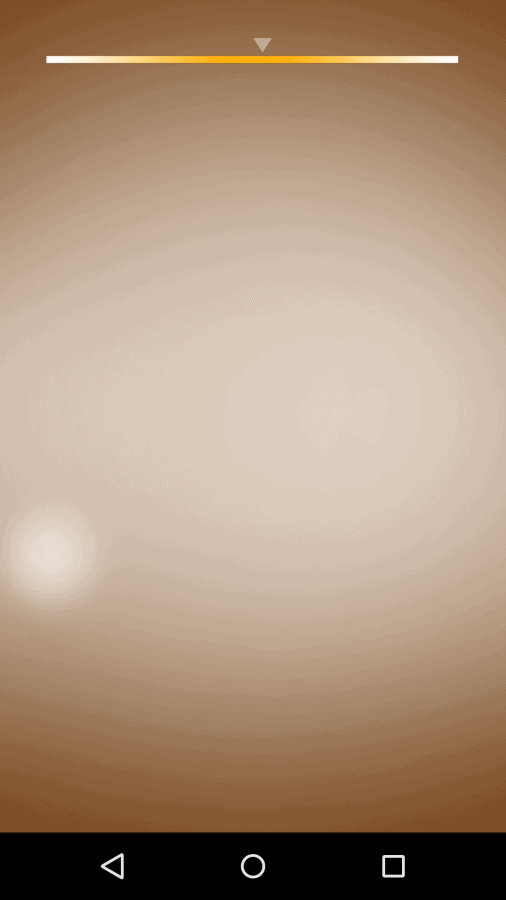 The above is a screen of the app in its "White" mode. Moving left to right on the display will change the color temperature of the lamp and moving your finger up or down will adjust the brightness of the lamp. This is really intuitive and should be easily used by even those that aren't tech-savvy. Getting the app setup doesn't take long, and users can name their lamps whatever they want to keep track of multiple lamps around the house. Other features include the ability to control how quickly the flow moves from color-to-color. 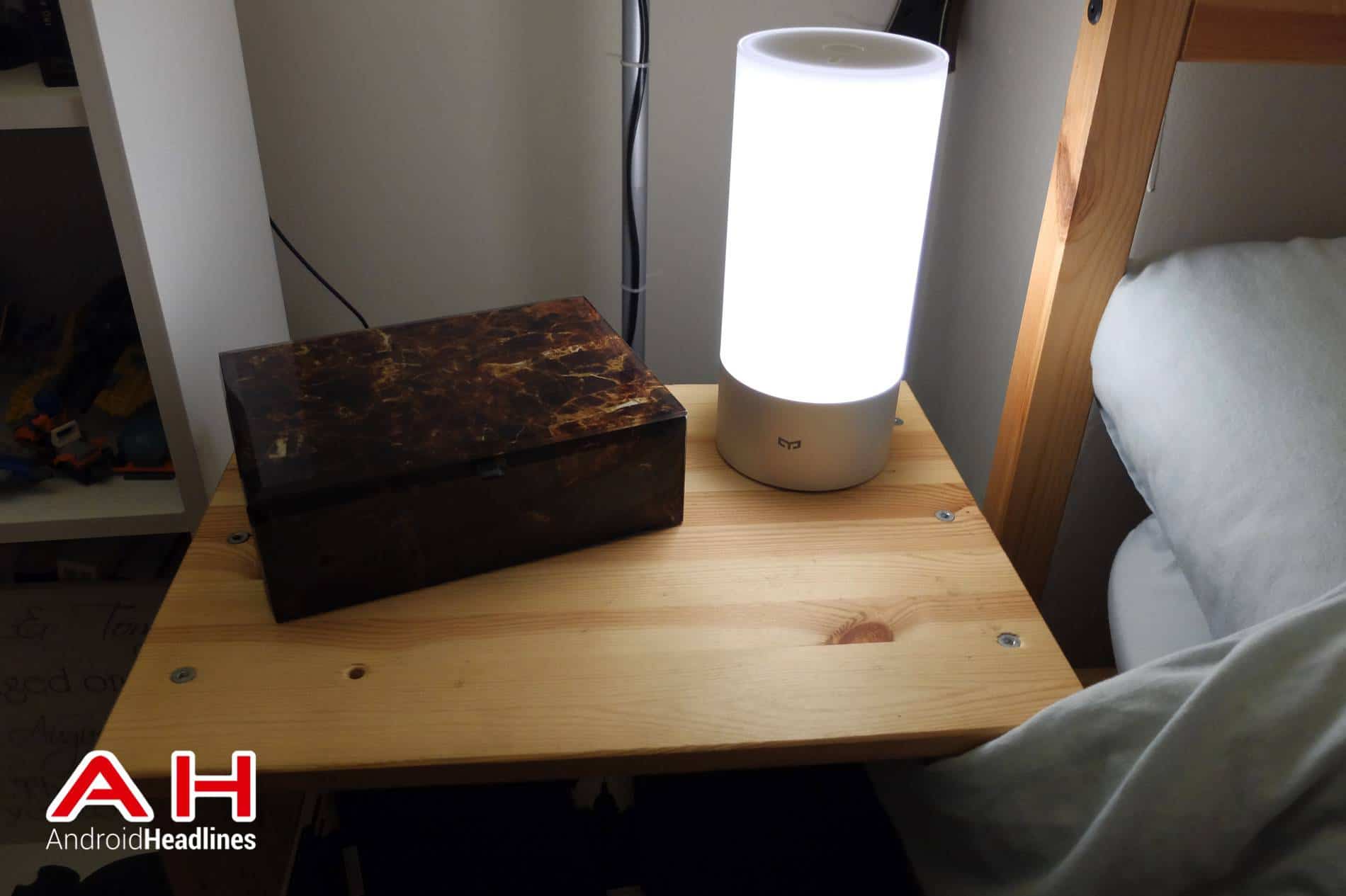 All-in-all, the Yeelight is a pretty quirky product that has a lot going for it; it's compact and unassuming, easy-to-use and can be placed anywhere thanks to its Bluetooth control. While the color-changing aspect of the lamp might seem like a bit of a gimmick, blue light can be very harsh on the eyes, so changing it to a warmer temperature (or to red as I do when playing PS4) can create less strain on your eyes and if you're using it by the bed, help you switch off quicker at night. As a desk lamp, which mine is often used as, it's a nice way of winding down at the end of the day with a warmer color tone and such. For those in the US however, it can be a little difficult to get hold of, it is available from Amazon and such, but it's become something of a hot niche product. Right now, it's available for around $70 from Amazon, which might be a little expensive, but if you like these smart sort of appliances and need a new lamp it's a decent choice.

Buy the Xiaomi Yeelight
Advertisement
Trusted By Millions
Independent, Expert Android News You Can Trust, Since 2010
Publishing More Android Than Anyone Else
37
Today
91
This Week
92
This Month
4857
This Year
106334
All Time
Advertisement