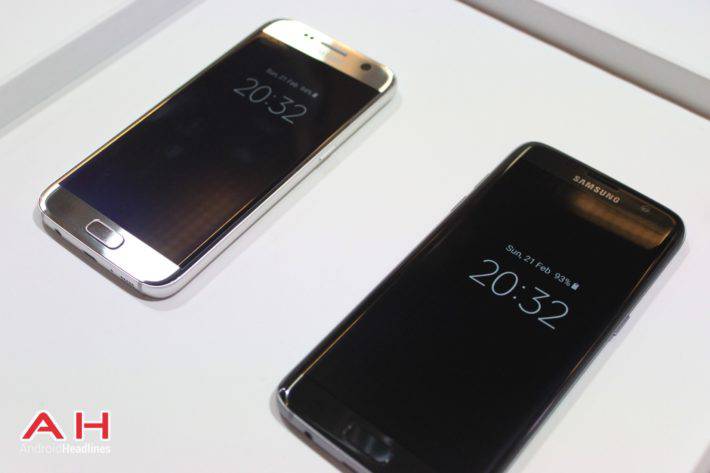 In the history of the entire Samsung Galaxy S flagship series, all the models save for the original Galaxy S from 2010 and the Samsung Galaxy S6 released last year have been launched in two main configurations, each with a different SoC. The models are usually distributed based on region, so the variants equipped with Qualcomm's Snapdragon CPUs have been launched in the US, whereas the Exynos-powered models have generally been reserved for the International or European markets. The story is similar this year, and while the Samsung Galaxy S7 and Galaxy S7 Edge are powered by Qualcomm's Snapdragon 820 State-side, the same devices carry an in-house Exynos 8890 SoC in the UK. These are fairly different chipsets and recent benchmark results have shown that there is a discrepancy between the Qualcomm CPU and the one developed by Samsung in terms of performance. However, the real question is whether or not this difference actually matter.

UK-based Samsung fans who may have already pre-ordered the Galaxy S7 or the Galaxy S7 Edge might feel like they have gotten the short end of the stick, on account that their variants seem slightly less powerful in synthetic benchmarks compared to the ones powered by Qualcomm. According to AnTuTu and their V6.0 benchmark, the Qualcomm Snapdragon 820 yields 136,383 points, whereas the Exynos 8890 tops 129,865 points. The Apple A9 sits in-between with a score of 132,657, technically outperforming the Exynos 8890 but, in turn, being outperformed by the Snapdragon 820. The real question, however, is whether the lower score on the Samsung Galaxy S7 and Galaxy S7 Edge powered by the Exynos 8890 makes a difference in real life usage scenarios. The answer is most likely "no", simply because both CPUs perform extremely well despite their differences. To give you a better sense of perspective, the Snapdragon 810 released last year scores 81,049 points in the same benchmark, whereas the Snapdragon 808 yields 68,508 points. The Exynos 7420 powering the Samsung Galaxy S6 series yields a total of 86,652 points, so leaving their differences aside, both the Snapdragon 820 and the Exynos 8890 can outperform the last generation of mobile processors by a very large margin.

In other words, today's top-tier smartphones seem to have so much processing power compared to last year's models that the difference between 130K and 136K points in benchmarks such as AnTuTu might not count for much in the real world. Furthermore, software optimization goes a long way and today, even mid-range Android smartphones equipped with less powerful CPUs are able to deliver smooth, snappy performance in most areas.

On the other hand, graphically intensive applications such as 3D games or demanding tasks like video rendering might push the two chipsets to their limits, and the difference in performance could become slightly more palpable later down the line, but, only time will tell. 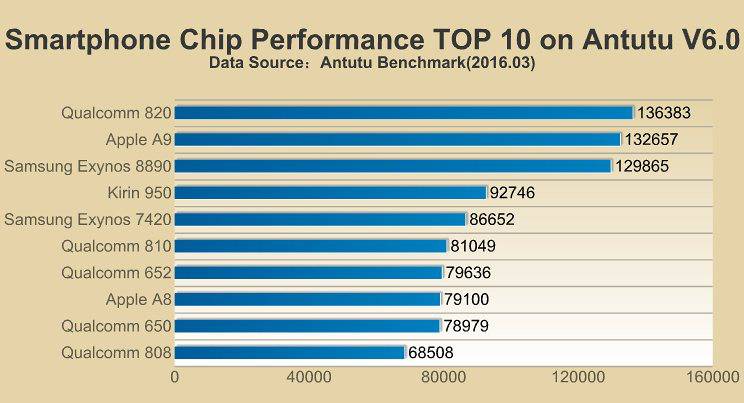