It is that time of year again when DxOMark tests the newest Samsung models to see just how they rate among other smartphone cameras they have tested.  Each of Samsung’s new models keep creeping up the charts and the Galaxy S7 Edge is no exception – scoring the highest rating of 88 and besting last year’s Galaxy S6 Edge Plus model by one point.  In fact, four of the top five spots belong to Samsung with only the Sony Z5 joining the bunch.  As recent comparisons have shown, the iPhone 6s Plus sits at only 84, tied for sixth place with the Nexus 6P and Moto Droid Turbo 2.

The Samsung Galaxy S7 Edge, as well as the Galaxy S7, uses a 1/2.5-inch 12MP main camera that incorporates Dual-Pixel Phase Detection Autofocus (PDA) for quick and precise focusing.  They increased the aperture to f/1.7 to allow even more light onto the sensor for better low-light photos, kept optical Image stabilization (OIS) and Auto Live HDR capability.  The camera can record 4K videos at 30fps, 1080p videos at 60fps and 720p videos at 240fps.  It looks as though the changes Samsung made were the right decision – however, Samsung uses both their own ISOCELL S5K2L1 sensor and the Sony IMX260 sensor in these smartphones, so there remains the question of which sensor did DxOMark test and if there is that much of a difference based on comparisons.

DxOMark says that overall the new Samsung Galaxy S7 Edge is a great device for those of us that have become “mobile photography enthusiasts.”  The camera gives very accurate shots that are easily repeatable, allowing it to give outstanding Exposure and Contrast scores of 90.  Thanks to its built-in auto HDR feature, even tricky high contrast scenes, such as landscape or backlit photography, turned out great exposures.  The S7 Edge 12MP resolution offers a good compromise between noise and detail – giving it a score of 91 for Texture and 89 for Noise in DxOMark’s testing.  DxOMark wrote, “The main strengths of Samsung’s S7 edge photos are its excellent and repeatable exposures in all conditions, fast and accurate autofocus, and a very good compromise between noise and detail.”

DxOMark lauded the Galaxy S7 Edge for outstanding exposures and colors whether you were taking outdoor or indoor shots.  The overall exposure score was an excellent 90, with landscape photos consistent and accurate and even with high dynamic range scenes, a “high level of detail is evident.”  Colors scored 90 in bright lighting and a “very respectable 76 in low light.”  Under indoor tungsten lighting a “warm or yellowish cast is noticeable.”  They also thought the autofocus is one of its strongest aspects, scoring 98 in bright light and 90 in low light, making it great for taking pictures of “restless” subjects, such as children or animals.  The flash offers up high levels of detail and texture and the video has outstanding autofocus and stabilization.  So for those of you worried about Samsung’s new 12MP camera – set them aside and enjoy this top rated camera. 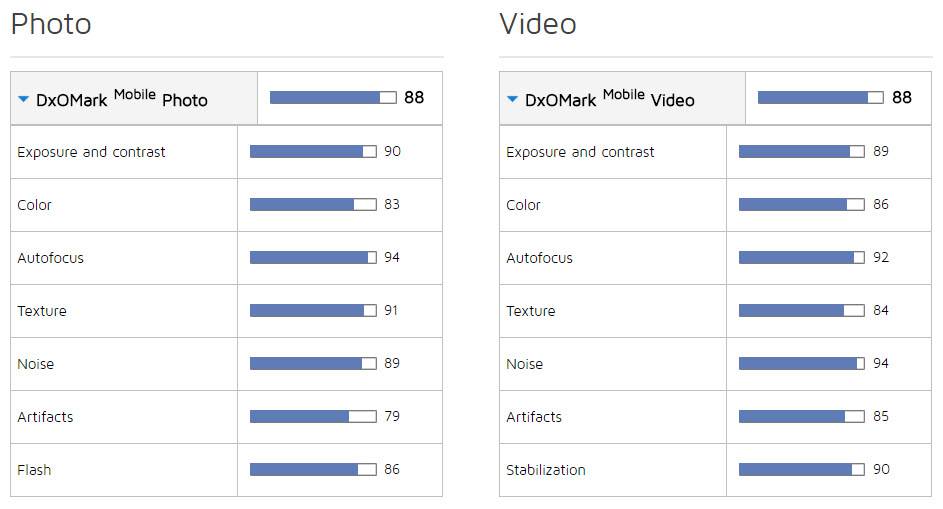