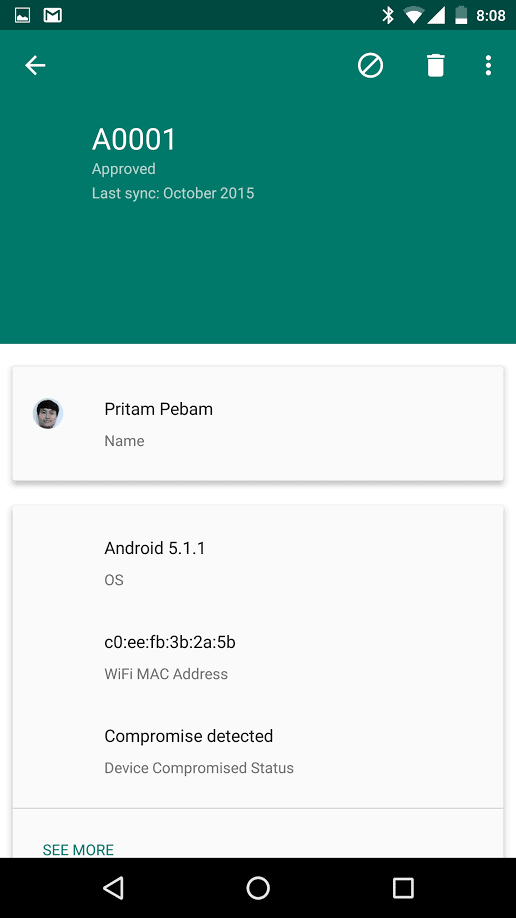 When the iPhone and Android devices – such as the Motorola Droid, the HTC EVO 4G and original Galaxy S devices – were taking off, many users still clung on to their BlackBerry smartphones. The majority of those that did were hoping that newer, better software and more apps would arrive while they were clinging on to their enterprise-level security and device management. For a long time, it was undeniable that the Canadian firm certainly had the upper hand over both Apple and Google in this regard. Now however, things are very different and firms like Samsung have been shipping excellent security features with the likes of KNOX and Google themselves now offer Android for Work as well as other tools, too. Now, they're taking these features mobile with the new Google Admin app, available from the Play Store.

The Google Admin app is deemed appropriate for "super administrators" and those that are using Google for Work products such as Google Apps for Work, Education, Government, Google Coordinate, and Chromebooks. This is not an app for having fun with, that's for sure. Instead, the newly updated Google Admin app will allow users to remotely control and wipe devices, ask users to make a new password when they next login, suspend accounts or completely delete accounts. This sort of thing will be useful for say, small businesses that run mostly mobile devices like phones and tablets, as well as those looking to keep on top of their roaming salesmen while they too, are on the move. The app update appears to be live in the Play Store right now, and it should automagically connect with any exist Google for Work products that you use on a daily basis.

If this, and other pushes from Google, aren't indication enough that the Internet Giant is going after the enterprise sector, then we're not sure what is. Google now has a lot of tools to help Chromebook and Android users get work done and stay connected, but they also have a huge cloud-based infrastructure and products like Docs and Drive to help people get work done no matter what device they're using.