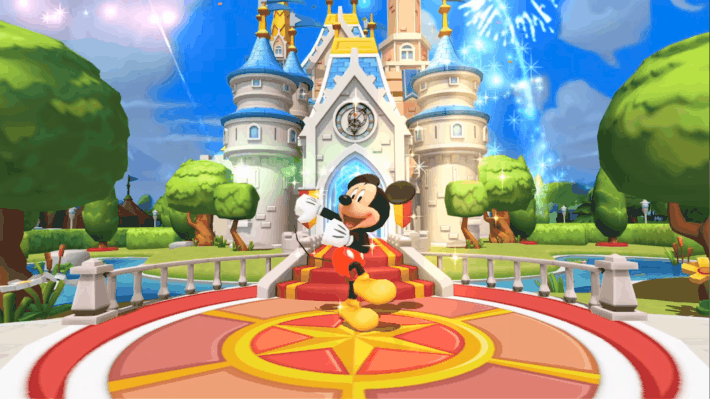 Gameloft is no stranger to big-name games, having put out many super hero-based titles like Spider-Man, Thor, Iron Man 3 and more. Gameloft also makes a number of world building games that allow you to build up your civilizations similar to Sim City, and their latest title hitting Android soon will be taking things to Disney theme parks with all of the most memorable characters. The new game is called Magic Kingdoms, and allows gamers to build up and create their very own Disney theme park, complete with attractions, roller coasters, and a collection of different rides and other elements you might find in a Disney park.

Magic Kingdoms will launch on March 17th and will be a free-to-play title so gamers can expect some in-app purchases to be present, but this is true of most games by Gameloft these days. At the moment there isn't a whole lot of detail about Magic Kingdoms, but Gameloft has released a teaser trailer which can be viewed below that does show off some of the gameplay and graphics, and it does show off some of the things you can build in your park like the Laugh Floor, Mickey's Fun Wheel, and more.

Disney and Gameloft have also set up a website to pre-register for the game before the launch this week, and if enough people register for the game then there will be in-game items that can be unlocked and rewarded to those who participated including Magic, which sounds like the in-game consumable for regenerating your ability to build or do something important, as well as gems which are likely to be a premium in-game currency used to buy certain items, Mickey Topiaries which are basically just one element used to decorate and design your park with bushes that are shaped like the head of Mickey Mouse, and one item which has yet to be unlocked, the Diamond Mickey Hat Stand which Gameloft states is a one-time only reward that can only be obtained by unlocking it via this community registration reward system. The game launches this Thursday, so it won't be too much longer before users are able to get their hands on it if they enjoy these types of games.