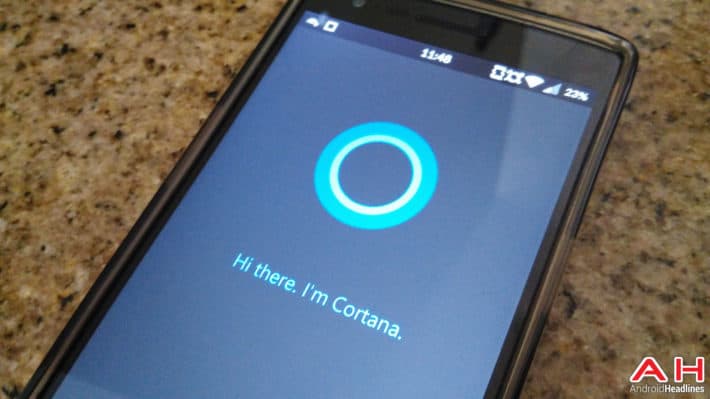 The Android version of Microsoft's digital assistant Cortana will soon be updated with a plethora of new features, the tech company announced during its Build 2016 keynote broadcasted yesterday from San Francisco, California. Among other things, Cortana will soon be able to track notifications across numerous devices regardless of the OS they're running. Naturally, that also includes Android smartphones and tablets. This news comes shortly after Microsoft rolled out the latest Cortana update which included a new widget for voice searches, improved general loading performance of the app, added a few other goodies and brought the mobile version of one of the most popular digital assistants on the planet to 1.4.0.

Other than notification tracking, Microsoft revealed that Cortana will soon also have the ability to respond to SMS messages received by one's Android device directly from the connected PC. All of the announced features will come packed in the upcoming Anniversary update of Windows 10 which is expected to launch sometime during summer. More news is expected to follow soon, so stay tuned.

In any case, the upcoming update will hopefully make the general user experience of the Android version of Cortana feel a bit more seamless and intuitive, especially in regards to the new notification-tracking capabilities of Microsoft's digital assistant. That's precisely what many have been hoping for as Microsoft was recently forced to disable the "Hey Cortana" functionality of the Android version of the app because it was interfering with Google's "OK Google" voice command feature. While this doesn't seem like a big deal, Microsoft faced some complaints about its app feeling less organic to use because of that in the following months. And it kind of makes sense, as people who rely on digital assistants often prefer to actually be able to activate them with voice because they're going to talk to them anyway. The upcoming update of Cortana might not solve that particular problem, but it seems like it will definitely make its user experience a bit more seamless for people who own multiple devices. And given how these "devices" include smartphones, tablets, and PCs – that's pretty much everyone.