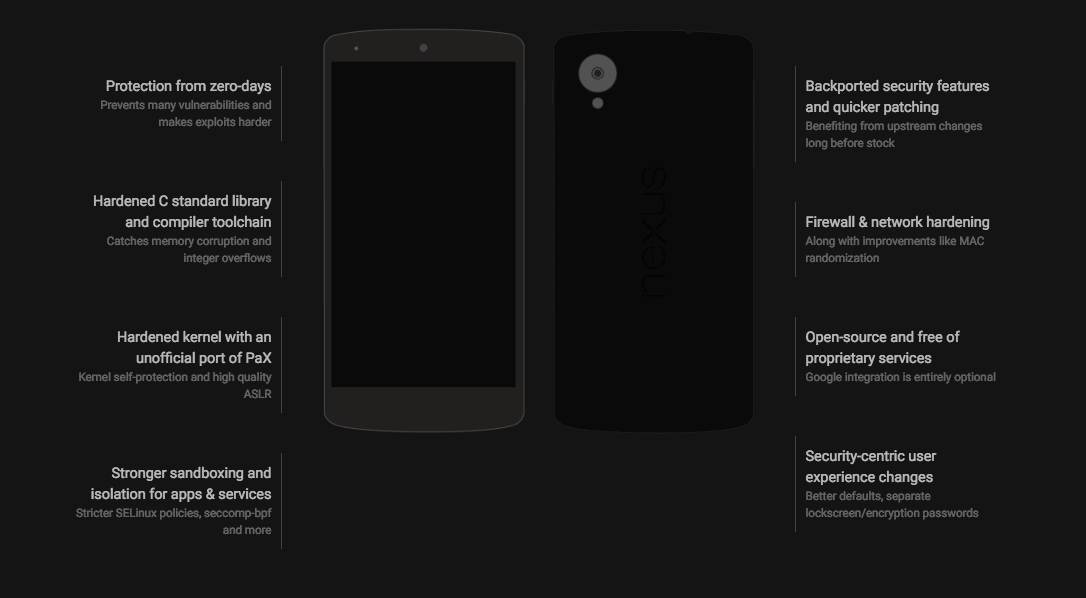 With the rise in serious security breaches, ever-increasing government surveillance and hackers getting smarter and smarter, secure devices has become "a thing" from the past couple of years. Big firms like Sikur have released the GranitePhone and while they offer both the hardware and the software, CopperheadOS aims to provide just the latter. The CopperheadOS was launched a year or so ago, and was designed to offer users a totally secure environment for those that value their privacy. Together with the Guardian Project and F-Droid the three projects hope to offer a free, secure and open source mobile ecosystem that contrasts the big, corporate models from Apple and Google.

As a quick background, each of the three has a role to play, the Guardian Project offers developers open source libraries for developers as well as creating their owns secure apps while F-Droid is akin to an app store for Free and Open Source Software (often referred to as FOSS) apps. CopperheadOS meanwhile, is essentially a fresh version of Android that is built from the Android Open Source Project to be totally secure and private, while practically severing any ties with Google services. The platform was previously based upon CyanogenMod, but technical difficulties led them to some back to the AOSP code base. This means that, currently, the CopperheadOS is only available for the Nexus 5, Nexus 5X and Nexus 9. Support for the Nexus 6, Nexus 6P and Nexus 9 LTE models is in the works, but only Nexus and Pixel devices will ever be support by CopperheadOS. To ensure that the team doesn't "accept outside investment that may compromise our morals" the team is appealing for help.

Donations can be made to the project whenever people feel the need to, but just how and when the crowdfunding project gets underway is unclear. This latest announcement appears to be more of a filing of intent than anything else, but hose looking at the CopperheadOS and further ecosystem with curiosity will probably be happy to see them turn to crowdfunding. Those interested in some background and to learn more can take a look at the source link below.