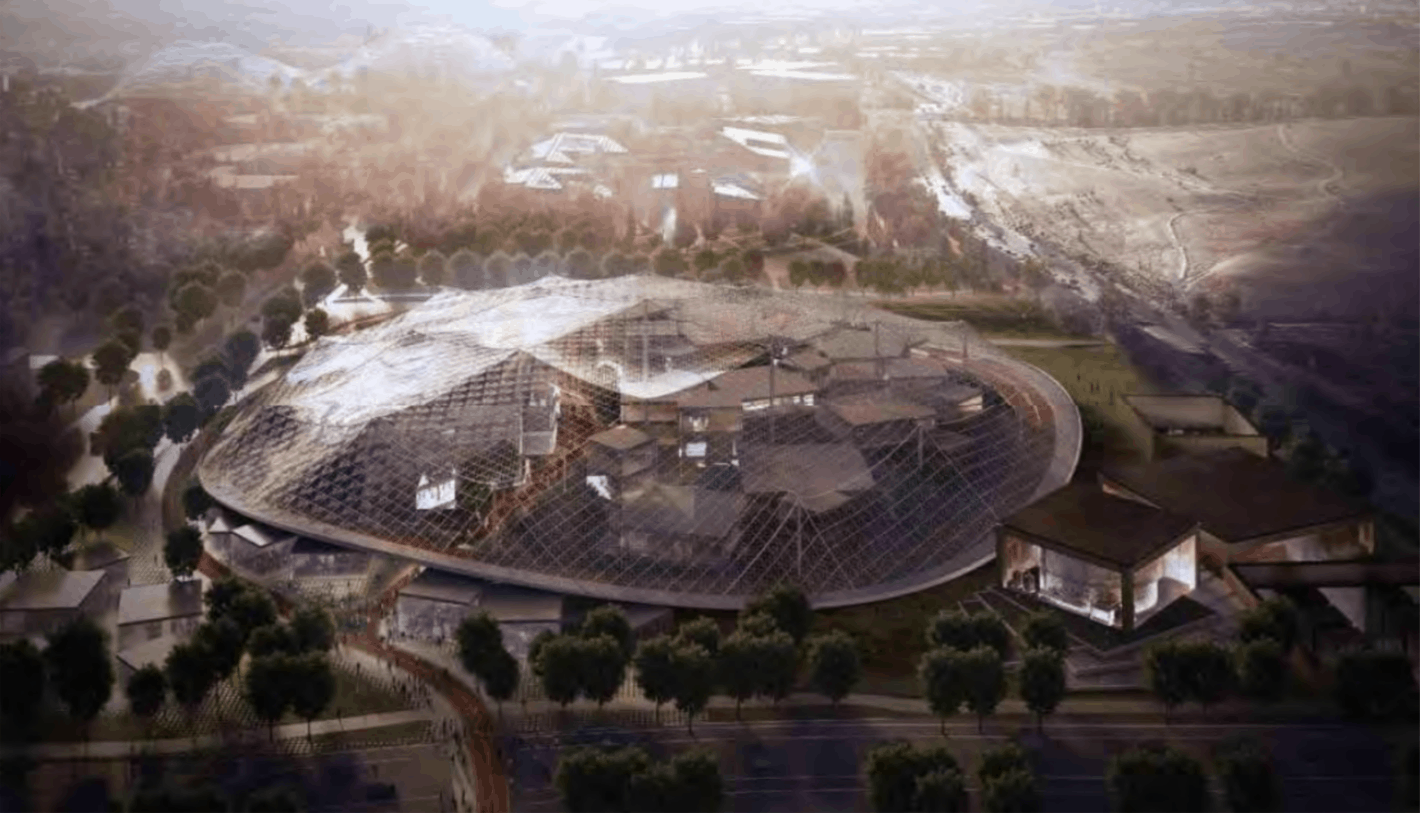 Google's planned expansion on their Mountain View headquarters, proposed to the city back in May of 2015, has just received a full reveal courtesy of the City of Mountain View's planning department. Some details had been public for quite some time, but Google recently gave the city the O.K. to out the whole thing, including renders of how it should look once it's completed. The plan ties into the city's proposed plan for the Charleston East district and includes a huge "skin" made of wire and glass covering a clump of buildings. Essentially a sub-campus, the large site totals about 600,000 square feet and includes all the makings of a micro city, with the focal point being Google's glass-domed work campus. If approved, the site is to be erected right next to the existing Googleplex and will require the felling of about 160 trees in order to get the required space opened up.

The proposed site will include a few different "districts" meant for differing uses, most of which will be underneath a strange "skin" meant to help with energy costs and insulation. The skin will be made of fine wires with glass slabs set between them, creating a semi-flexible mesh. This mesh of glass and wire will be anchored to the ground and brought up via large poles, not unlike a tent. The space will include a large amount of natural space between buildings, as well as clearly marked and easy-to-use paths, allowing for quick and easy navigation of the whole complex. Specifically, about 18,500 square feet of the total project will be pathways through it, allowing it to blend seamlessly into the local environs and for locals to pass through it and go about their business just as they would have if it hadn't been built.

Right now, the whole project is still up in the air and very much in preliminary status. It has yet to receive full approval from the city, nor has any surveying and planning happened, beyond what's contained in the proposal itself. Naturally, a project of this scale, even if building began today, would take quite some time to complete. Planning, zoning, permitting and other red tape must be taken care of before the extensive and ambitious building project could even begin.