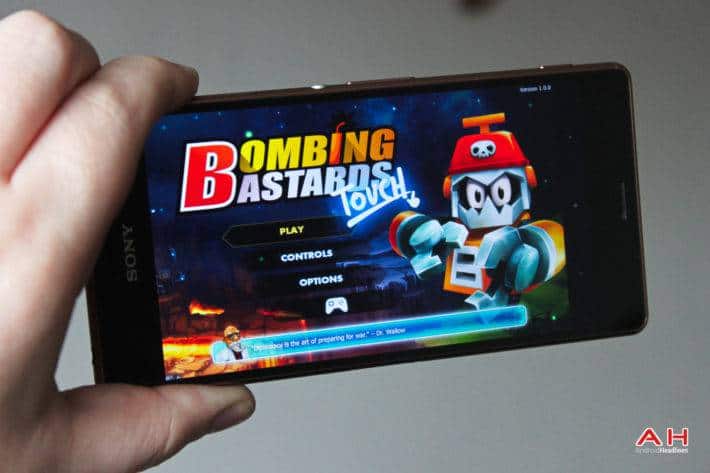 If you grew up playing video games on classic consoles like Nintendo, Super Nintendo, SEGA, and the collection of handhelds like the Game Boy, then you are more than likely familiar with Bomberman. It was more than just a great game which allowed you to play against friends or siblings and crush them into existence with your maze solving, bomb tossing skills, and now that fun can be had in yet another Bomberman clone that has come to Android devices. Bombing Bastards: Touch! is the smartphone and tablet-based version of the game which is available on Android TV devices for $2.99, although the mobile version is free and ad-supported instead of requesting that users pay a one-time cost.

First and foremost, it's worth pointing out (since it was mentioned by the development team) that Bombing Bastards: Touch! will not be bombarding players with offers or requests to buy in-app purchases, and this is simply because there are none whatsoever, as Sanuk Games instead chose to use an ad platform for revenue. Having said that, those who have played the Android TV version will know what's happening here, and even those who have never picked it up before should have no trouble getting into it.

The game is essentially a series of mazes with different obstacles in your way and it's your job to bomb the various critters in each stage so you can work your way towards completion and move on to the next maze in the game. There are a total of 30 mazes to beat across 5 different worlds, and if that doesn't sound like enough there are also a handful of boss fights to test your skills. Like you would probably expect, there are numerous types of power-ups which you can obtain throughout the game which can assist you in taking out your enemies, and there will be plenty of them it seems as Sanuk Games mentions there is a huge bestiary of critters that you'll end up encountering as you play. If you value a challenge, the best part about Bombing Bastards: Touch! is likely going to be the boss levels, which Sanuk refers to as having a "punishing difficulty" that will fill gamers with joy once they finally beat them. If you're a fan of this type of game you can pick up Bombing Bastards: Touch! from the Play Store for free.