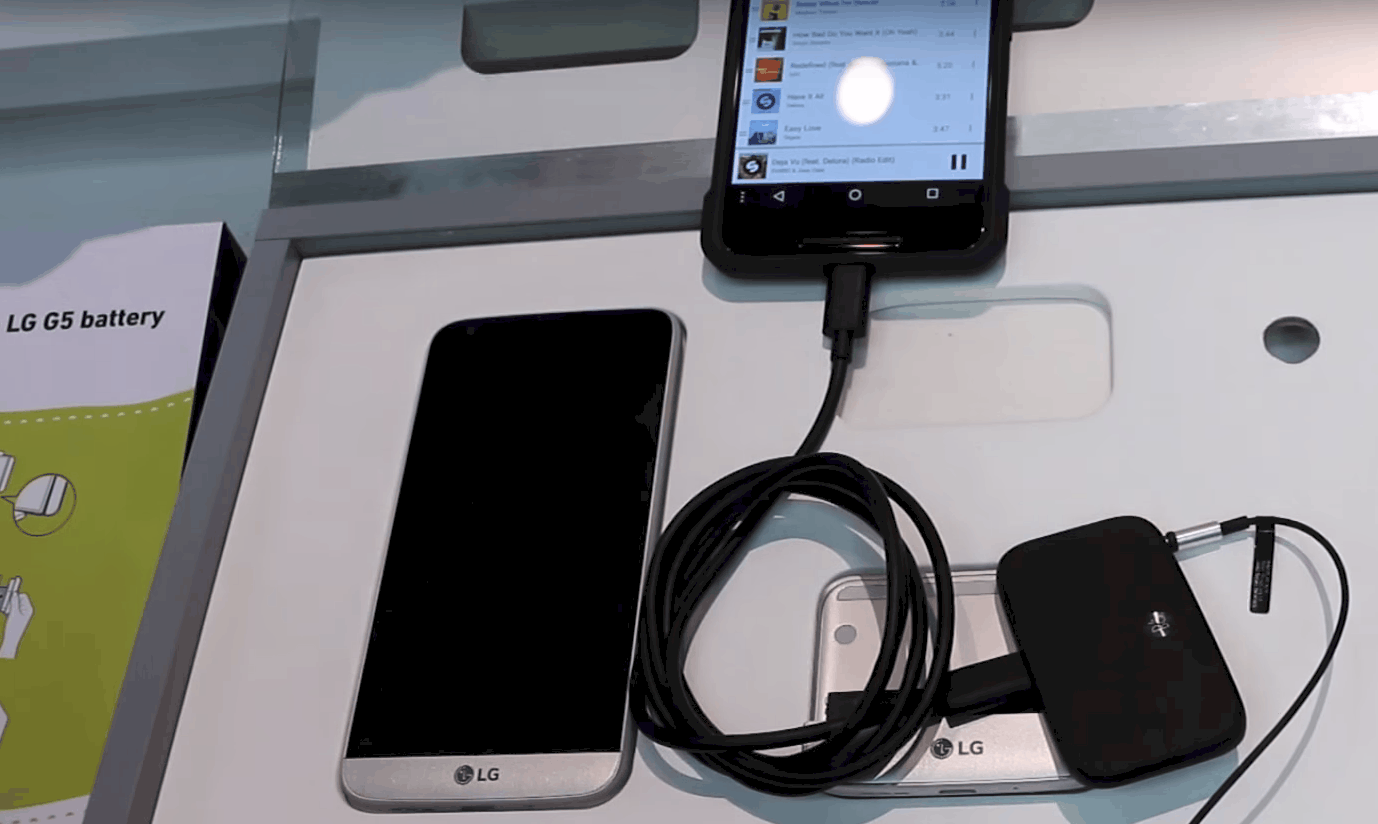 Even with the barrage of shiny new devices hitting the floor at the recent Mobile World Congress in Barcelona, the LG G5 managed to stand out from the crowd. One of the reasons for this was its modular accessory feature. Accessories made for the phone can be simply slotted in via the bottom, such as better cameras, graphics boosters, biometric modules or high-quality audio DACs. One DAC in particular, announced with the device and made by Bang & Olufsen, can actually be used with just about any USB Type-C device that supports USB audio routing. Conceivably, this means that a converter could allow it to work with any device that supports USB audio routing.

The video, shot at MWC by tech YouTuber TK Bay, shows the accessory being slotted into an LG G5 and used, then taken out and reassembled into its holding cover, which has a USB Type-C port on it. From there, the accessory is hooked up to a Nexus 6P via the phone’s USB Type-C port, as shown in the screenshot above. TK Bay then plugs in a pair of Hi-Fi headphones and demonstrates that the audio comes through rather well, just as it did on the G5 at the beginning of the video. The accessory’s holding cover having the USB Type-C port may or may not hold back those looking to use it on older devices, as the video did not demonstrate using it on a regular microUSB port via an adapter.

It is not known at this point whether the LG G5 uses the same type of data throughput as USB Type-C for the accessory slot or if the Bang & Olufsen audio DAC just happens to have that feature for compatibility with multiple devices. If the former is true, adapters could be made that would allow a wide range of homegrown accessories to be made for the LG G5, from impractically massive batteries to built in game controllers and sliding keyboards. Obviously, since the phone is unreleased, nobody has attempted to reverse-engineer it just yet, so only time will tell just how useful that modular accessory slot may prove to be.