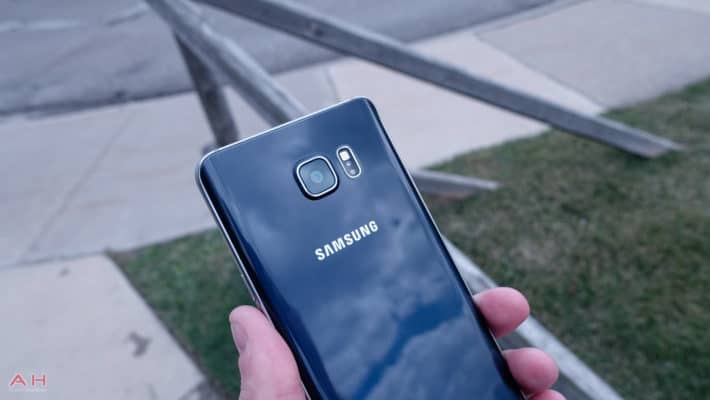 Samsung has started off the first few months of 2016 in a big, big way and this week marks the release of their new Galaxy S7 and Galaxy S7 Edge duo. Both of these are rolling out to around 60 different regions across the globe, but there are of course, older devices to keep in mind. Samsung has often been known for providing good update support for their older devices, and while it's taken them a little longer than many would like for them to roll out Marshmallow, many devices from 2015 have already had their update. Speaking of the Galaxy S6 and Galaxy Note 5, many of these devices around the world have been updated, but AT&T is only just getting round to this, by the sounds of it.

As usual, the news that an update is on its way comes to us via XDA-Developer members as well as users on Reddit. According to these latest finds, AT&T is gearing up to release the update to the Galaxy Note 5 any day now, and the Galaxy S6 on March 14th. XDA member, bryantx24, spent time talking to a customer service rep online at AT&T and was told that the update for the Galaxy Note 5 would start on March 11th, and was given the aforementioned March 14th date for the Galaxy S6. There's a good chance that these dates aren't entirely concrete, but we see no reason why someone at AT&T would lie to one of their customers in such a fashion. Stranger things have happened, but the long and short of it is that the marshmallow update is on its way to AT&T subscribers real soon.

Samsung has been rolling out Marshmallow to the Galaxy S6, Galaxy S6 Edge, Galaxy Note 5 and Galaxy S6 Edge+ over the past month or so, and while unlocked GSM devices are always first in line, carrier devices haven't been too far behind this year. Sprint's Galaxy S6 recently got its own update to Marshmallow and Verizon users have seen similar updates, too. For the most part, Marshmallow won't be too drastic an update for users, but with Android N on the horizon people will be anxious to see their devices get updated no matter how big a deal said update is. 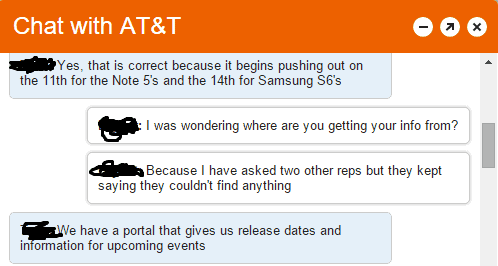