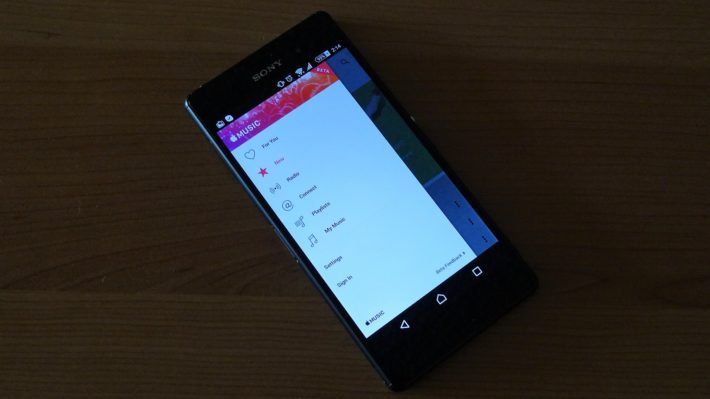 Earlier today, Apple released an update to its Apple Music app dedicated for Android device users. The updated app now comes with a new widget that makes it easy to be dropped onto the home screen of a phone or tablet. The new widget now offers music playback controls for skip, pause, and even going back to the previous track. There's also a heart button that allows Apple Music to learn your taste in music so it can have a better analysis on future picks. While this widget has long been available on the Beats Music Android app, Apple Music did not come with the feature. The announcement makes this an official part of the Android app.

Apple has been working at improving the features of the app since last month and they have finally unveiled what's in store for Android users. Apart from the new widget, Apple has worked on providing support for saving music to an SD card to enable offline listening in the future. The update has also gotten rid of the annoying playlist quirk so users no longer had to add music to their library before creating a custom playlist with the same tracks. This has resulted in a more enjoyable listening experience.

Other changes Apple released with their Apple Music app include the ability to see what's currently playing on Beats 1, use gift cards from the settings menu, and many others. As of this writing, Apple Music has obtained a 3.5-star review average; which means that there really are some Android users who are interested in using Apple's subscription music service. It did a great job in offering SD storage support for the app already. Perhaps if they continue to improve the app and add Chromecast support, that would be enough to garner it a 5-star review average and even more users from the Android world. You may check out the new features of the app when you download Apple Music for Android app from the Play Store for free. New subscribers of the app are eligible for a free three-month trial when using the service.