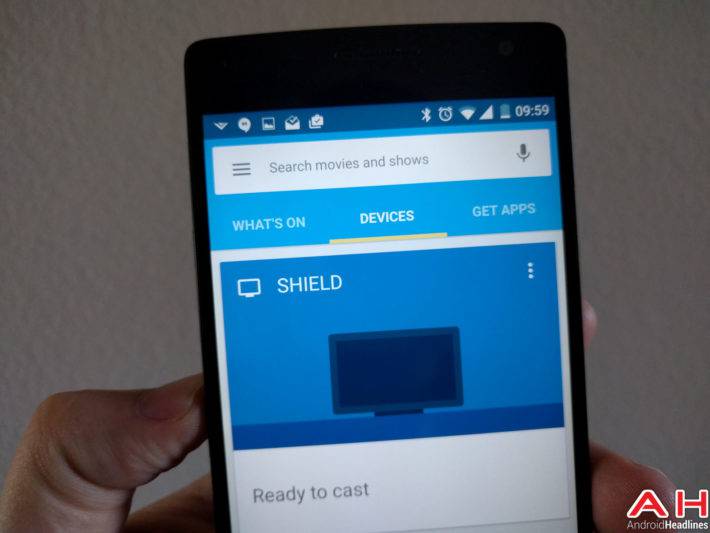 Normally, the arrival of new apps for Android TV involves either an app being updated to support the Android TV platform or a new game becoming available, which was the case yesterday when Super Mega Baseball become available for the NVIDIA SHIELD. It is worth noting that this a SHIELD only game, so if you own a different Android TV device, unfortunately you won't be able to install it. However, earlier this week an announcement came through which was sort of Android TV related. The announcement revolved around a new Vizio TV which was being announced. The big selling point being that this is a TV which comes with Google Cast included. In fact according to the details, the TV comes with a tablet which can be used as the remote control and is able to source various forms of media. With this being a smart TV and one which makes use of a tablet, it also comes with a dedicated app which provides much of the functionality, Vizio SmartCast. The good news for Android TV owners is that it seems to work fine with Android TV devices as well.

So if you are looking for a new Android TV remote app then it might be worth checking out Vizio SmartCast. The actual remote control aspect is a little limited at the moment, although it does offer the ability to control the volume. which is something the standard Android TV app does not do. What is more appealing with the app is that it works as a good source of finding content to watch. It offers both curated lists, as well as the ability to set up your own playlists, or just search through categories. The app scours content through various other services like Hulu and Vudu, so while it is not free content, it is still a nice way to be able to search for content easily on your mobile and then have it played on your Android TV, while still being controlled by your smartphone.

On another related note, this week also saw the news come through that the Chromecast app was being rebranded as the 'Google Cast' app to symbolize its greater level of connectivity than just Chromecast. That was then followed by the news earlier today that the rebranding has now taken place and the updated app is now available to download. So far the app looks pretty useful and especially for Android TV owners as some of the additional features include the ability for the app to discover and connect to Android TV devices and the ability to customize the daydream screensaver from within the app.

So overall, some nice new control options that have come through this week. Nothing too ground-breaking, but more ways to control and customize your Android TV device is always going to be a good thing. Either way, if you own an Android TV device, then both of these apps are certainly worth checking out and seeing if they improve your overall Android TV experience.