Every year since Android Lollipop was released, we’ve become accustomed to fewer releases and more tweaks and refinement than anything else. Android N was announced, seemingly out of nowhere, earlier this week and it comes with a raft of new features. The headlining inclusions this time around have of course been the new multi-window support and a refined notification experience, but there are lots and lots of smaller additions and tweaks. Many of which have been available in third-party apps or more adventurous workarounds, but this one will be music to the ears of many a tinkerer out there; Android N will allow users to change their display size.

Custom ROMs and those that root and modify their devices have been tinkering with the DPI entry in the build.log file on Android for years now, but this often results in bugs, crashes and a phone that might not even turn on properly. In Android N however, Google is giving users the ability to change the display size whenever they want via a quick and simple slider that makes things bigger, or smaller. This is perhaps more of an accessibility feature than anything else, but often users look to make things smaller on their devices in order to get the most out of their large displays. Those running Android N’s Developer Preview can enable this new feature by heading on over to the Display Settings.

Google is presumably able to add something like this in Android N as they’ve also figured out how to resize apps on the fly with the new multi-window feature. Regardless, users that are fed up of having such large elements on their display, and only the font size to change, will be happy to see such a feature finally be added to stock Android without the need of route or even enabling Developer Options. Right now, Android N is in preview, so this and other features might end up being dropped from the final release which is pegged for a summer release later this year. We’ve been taking a closer look at a lot of features from Android N this past week, and hopefully we’ll see more of them come out the woodwork as we work our way to the final release. 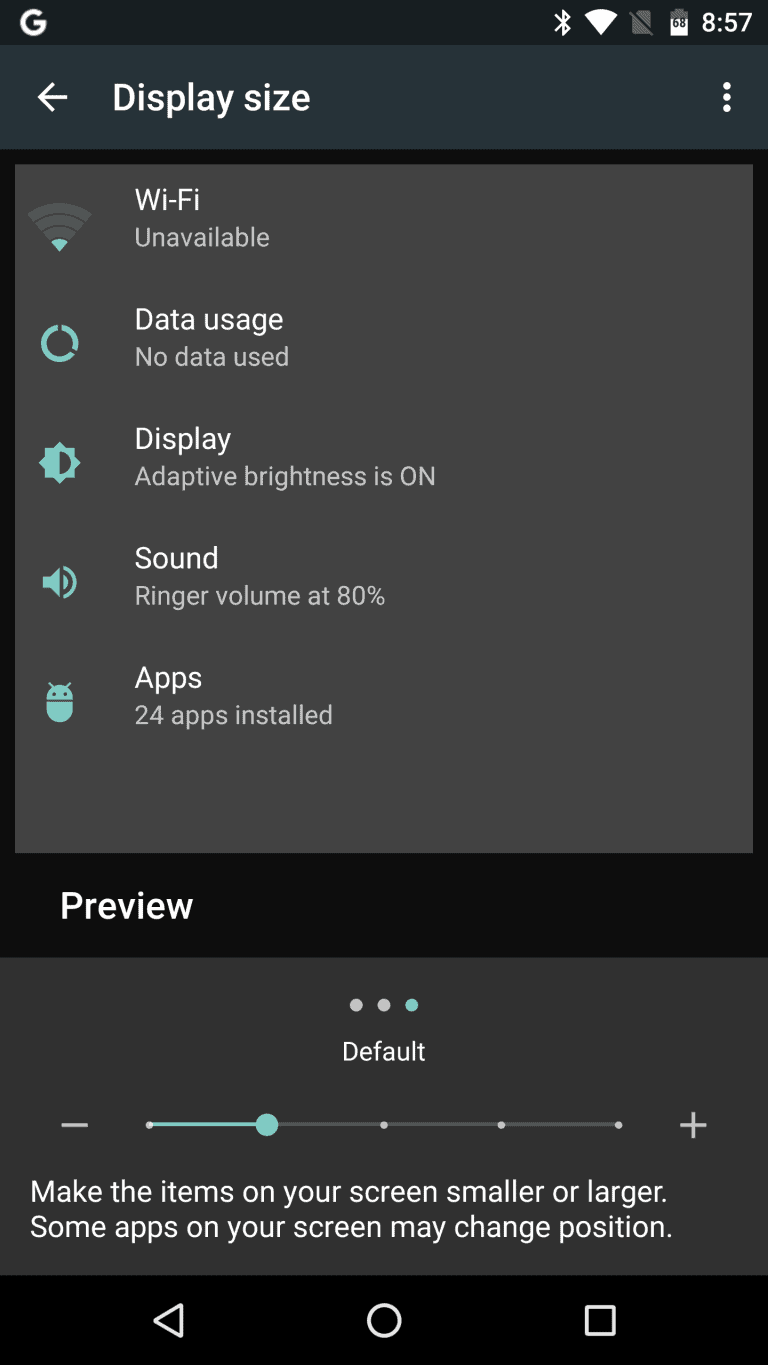