For some time now, we’ve been hearing about Android N, the next major release of Google’s Android OS, and today could be the day that the Dev Preview is launching. For those not familiar with the way that Google handles their OS updates these days, here’s a refresher: both Android 5.0 and Android 6.0 were launched in May 2014 and May 2016, respectively as developer previews. They were both denoted as just “L” and “M” as they weren’t officially named yet. This time around however, it looks like Android N is going to be handled a little differently, and that developer previews could be launching later today, in March, which is a lot earlier than normal.

Tech website Ars Technica has seemingly pushed the button a little too early, and leaked out Android N to the world, albeit in its Developer Preview form, that is. The original page has of course been taken down, but one enterprising Reddit user had copied all of the text and uploaded the images to imgur (which is where we took them form). As with last year’s Android M Preview, none of these features are confirmed final, but it appears Google has focused on two major areas in this release; notifications and multiwindow apps.

As we can see in some of the images below, Android N can run at least two apps side-by-side at the same time, and it appears as though developers will be able to activate this by adding the “android:resizableActivity” manifest attribute to their apps. Whether or not more than two apps will be available for larger tablets is unclear, but it does appear as though users can give one or the other app more or less space. 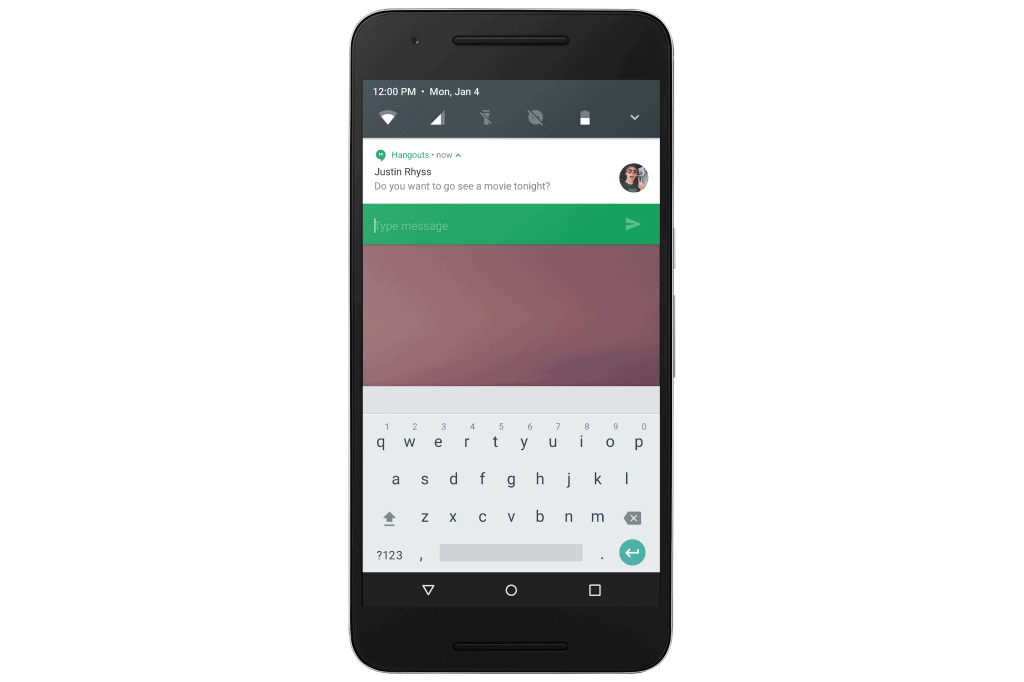 The notification shade meanwhile, appears to be just as a recent leak suggested; with less space floating around the notification window and simpler quick-toggles. So far, we can see that Google is looking to make the notification panel a lot easier, and as we’ve seen in recent Play Store tweaks, less pop-up boxes. In the example here, we see someone replying to a Hangouts message in the notification area with no pop-up window and a fairly blocky look overall. This could be Google’s attempt at further flattening-out Android and making it a little more obvious in its look as well as its behavior. There appears to be a down-arrow for users to pull out more toggles as well, but all-in-all this seems a pared-down, simpler approach from Google.

It appears as though the Android N preview could launch later today for the usual Nexus device suspects, but the curious thing is that the Android team will “hand off the final N release to device makers this summer” which, given that Google stick to their Fall release as they have the past two years, updates to Android N could be a lot quicker this year.