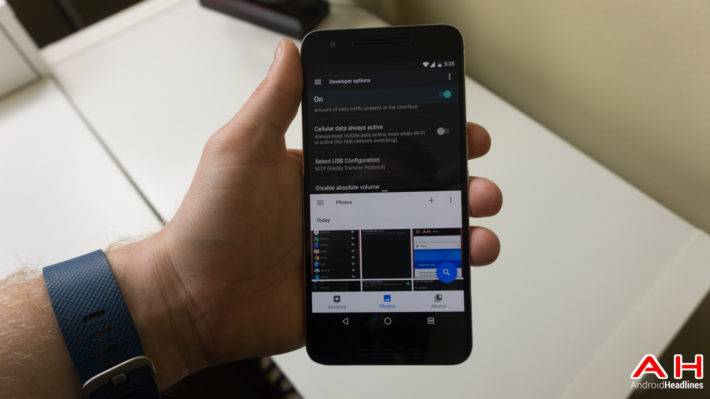 Now that Android N is officially here in a preview form and everyone has had a chance to digest its arrival, the details on what is on offer are coming through regularly. As well as the smaller new features and tweaks that are being noticed, more details on some of the already highly reported on features are coming through as well. Of course, one of the big headline features that has received considerable attention since Android N was announced, is its ability to perform greater levels of multitasking, most specifically, splitting the screen.

For those that missed the earlier coverage, Android N now allows users to essentially have a multi-window level of use with their smartphones and tablets. On Android TV, this takes the form of a Picture-in-Picture mode, while on smartphones and tablets, a straight-up splitting of the screen with two usable apps is on offer. So you can essentially be writing an email at the same time as browsing a webpage and so on. Speaking of which, the latest noted feature is one which might be of benefit for someone who quickly wants to share information from a webpage. While in split-screen mode, it now seems that you can drag and drop text. Of course, you can simply highlight text and then hit the floating menu "copy" option and then paste it to an email or instant messaging app that is also open. However, for an even quicker approach, once the text is highlighted, you can simply long press the highlighted section and then drag it up to the other window and drop it again.

At the moment, the feature is not the most fluid or responsive and it is currently unclear as to how widespread it can be used. For instance, whether it does work with all apps or just some. However, it is a feature which does seem to be live and working in some instances, although you might have to fiddle with it a little to get it working as grabbing the text is not always the easiest of activities. That said, it is worth keeping in mind that this is only a preview of Android N and providing the feature remains in play, it is presumed it will become more consistent and stable over time.