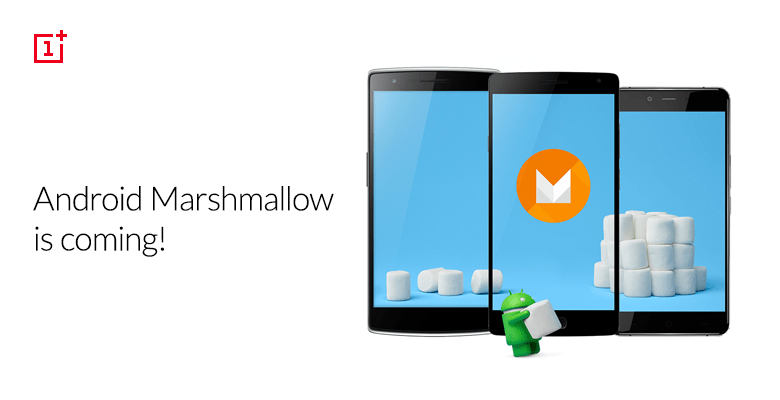 OnePlus has had quite the checkered past with the media. Their devices have been big attention-grabbers and more often than not, any OnePlus news is news which generates interest with the Android massive. However, they have also gone through a number of turbulent periods with the media due to their various antics. From publicity stunts that have gone wrong, to their notorious invite system which finally came to an end not too long ago. All of that aside though, there are some more fundamental issues with being a OnePlus device owner. Yes, OnePlus is becoming extremely capable of bringing high-quality devices to market and at affordable prices and this is always something which they deserve credit for. After all, it offers consumers a real way to pick up a decent spec and performing device, without having to pay top-tier prices likes what Samsung, LG and HTC command for their handsets. However, the hardware is only one side of being a device owner and while OnePlus do seem to be getting that side right, they also seem to be a long way off getting the other side right…the software.

For background, for the last two years I have essentially been a sole OnePlus device owner. As early as May 2014, started using the OnePlus One and continued using the One as a daily driver right up until about September/October time when it was put aside in favor of the OnePlus 2. Since then, although different devices have came across my path for testing, I have stuck with the OnePlus 2 as a go-to device. The reason being that it simply is a good device on the whole. That said, as we are now edging towards the middle of March and the fact that the OnePlus 2 is still running Lollipop (Android 5.1.1) is starting to become depressing. Within the last week OnePlus has rolled out a tiny OTA update, but in reality, they should have already rolled out the update to Android 6.0 (Marshmallow). Exactly this time last year, OnePlus One owners (like myself) were keenly waiting for Lollipop to drop. In fact, last year was a pretty good year as we were waiting for two versions of Lollipop to drop, one from Cyanogen (COS12) and one from OnePlus (OxygenOS). So the choice was there. However the wait went on for considerably too long and neither version of Lollipop dropped for the OnePlus One until the first week of April. Conveniently, both pretty much came through the same week. While April is a long time to wait for Lollipop, it was somewhat understandable as OnePlus were (at the time) a relatively new company and OxygenOS was a new operating system. So excusing its rather stock appearance, it was understandable that it took as long as it did with such a big and hefty update such as Lollipop. 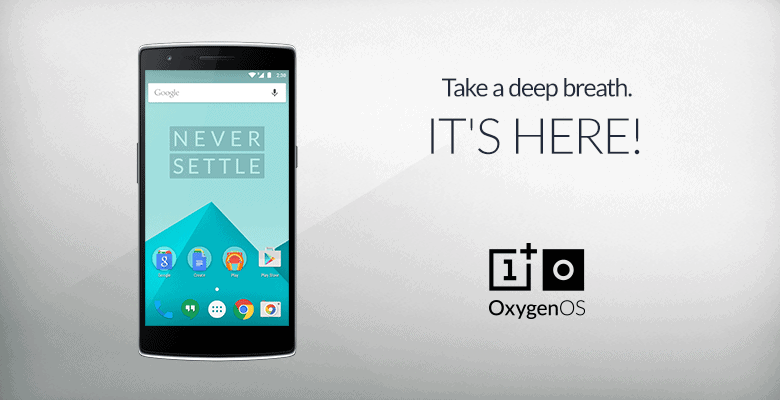 Fast forward a year and suddenly things are getting a little less understandable. What is the hold up for this year? A year on and midway through March and once again, OnePlus owners are sitting (patiently) waiting for Marshmallow to drop. And while a number of device owners are in the same position, things are a little different with OnePlus and they cannot make use of the same excuses as they once did. Besides the fact that Oxygen is no longer new or Marshmallow is not as big of an update as Lollipop was, the OnePlus 2 is their flagship device. A flagship from a very small range of devices (three in total) and while it is a flagship, it is being made to wait as long as many other manufacturers second-tier (in updating terms) devices. A wait which is too long for any flagship device. To add, we are talking about OxygenOS here, not TouchWiz or Sense UI, or even Cyanogen OS. For anyone who has used a OnePlus device running OxygenOS, they will be more than aware of how light this OS really is. Although it is not stock, it is very light and most of the time it is often hard to find what additions OnePlus have included to the stock software. There are small tweaks here and there but when you put this up against other manufacturers software, there is no comparison, this is as lightweight as a skinned Android OS can get. So the skinning of the software cannot really be a justifiable reason for the delay in rolling out the update.

Of course with these updates there is a chain of command so to speak. Google releases the code and then manufacturers tweak it before carriers do the same for their variants. So in fairness to manufacturers, carriers always tag on additional time as well. Although, in the case of OnePlus, there are no carrier variants. This is a device sold directly from OnePlus with no carrier affiliation or intervention. So for every carrier-related device that you hear receiving Marshmallow in the news, this is a device which has had to go through an additional stage of testing and tweaking and is still receiving its update before the OnePlus 2. Not to mention, the carrier devices that you are hearing about, are usually one of many devices from a particular manufacturer and likely, heavily skinned. Again, the OnePlus 2 is the only current flagship device from OnePlus and is a very lightweight skinned device and one which bears no carrier intervention. So the carrier logic cannot really be a justifiable reason for the delay in rolling out the update either. Then again, OnePlus is a small company and this must be taken into consideration as well. But the point here is that they do not want to be a small company. In fact, much of the rhetoric of past has been that they can go toe to toe with the big companies and especially when it comes to flagship devices. Although, as time goes on and when taking into account the software and updating, OnePlus is starting to reveal where they are specifically lacking when going toe to toe with the bigger names. This is now starting to become a concern. 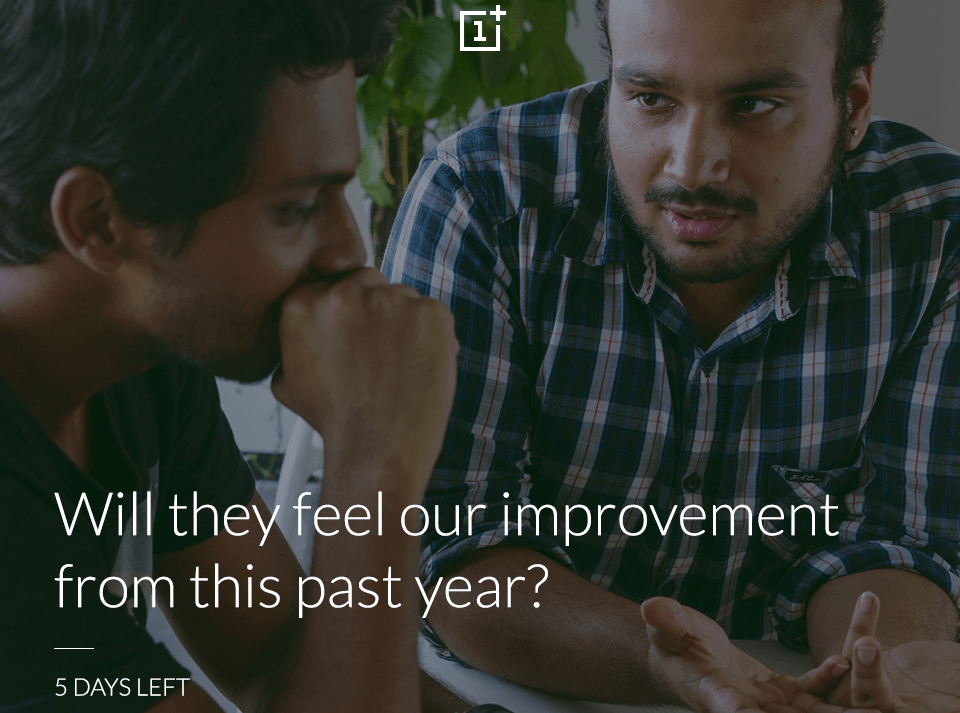 OnePlus has prided themselves on bringing good quality devices to the market and at affordable prices. And while they do continue to prove this point, the quality of their devices is becoming less of a selling point as it is now becoming expected that any device they release will be a good device. As a result, in terms of OnePlus maintaining appeal, hardware is quickly becoming the less important half. Not to mention, things have changed massively since OnePlus first came on the scene. Now, there are tons of smartphones available which all come touting great value. In fact, I also have a Nexus 5X here which I use as a secondary daily driver (work phone basically) and this is a smartphone which had been running Marshmallow since the day it arrived. And the truth is that in spite of its lesser RAM and storage, it is a device which in many respects is as (if not, more) capable as the OnePlus 2. I would find it hard to struggle to suggest the OnePlus 2 over the Nexus 5X as it is a good little device for the money. Not to mention, that as of right now and while the OnePlus 2 still sits on Lollipop, the Nexus 5X is already running the developer preview of Android N. Granted, N is not currently in a usable daily driver state, but it will be soon enough and presumably not that long after the OnePlus 2 sees its Marshmallow update. Not to mention, it can only be presumed that N will not reach the OnePlus 2 until early next year, likely April again, as that is starting to look like the OnePlus update cycle.

So here it is. OnePlus has just under a month to roll out Marshmallow to the OnePlus 2 or face being even slower at rolling it out, then they were with Lollipop. If that is the case, then there will be no obviously justifiable reason as to why it has taken this long. This is a close to stock device, one which is not carrier-affiliated and is the current flagship device for the company. Even if they do roll out Marshmallow by the end of this month (the next two to three weeks) which by the way, was when it was promised, then they will have only marginally improved on last year. Which is unfortunately a statement in itself. After the couple of years of OnePlus dominating the headlines, failing to improve their level of major updating could prove to be one of the aspects which stagnates the company's appeal a little. Especially, if they start to become known for taking crazy long to update their devices to the latest version of Android. A company in their position needs to now begin to focus on the software side of things – both in terms of what it adds to their devices (useful features) as well as the rate of updating. If they do not take a more proactive approach to their software going forward, then they will miss out on a prime opportunity – as it will only become harder for them to provide updates as their catalog of devices continues to grow. More to the point, after two years of waiting for major update releases to come to OnePlus devices, the appeal to get the OnePlus 3 is fading. Simply because of the updating issue and that this lower spec Nexus 5X will likely be running a 'final release' of Android N by about the same time.