The history of the tablet is perhaps not quite as interesting as some people will tell you, but more recently there's been an air of "full circle" around what companies are selling tablets as. Back when Bill Gates first introduced the first Tablet PCs in the early 2000's, they were running Windows XP and they were ugly as hell. Not only were they were extremely ugly and bulky, but they were only cool because of what they could do, not what they were launched and marketed as at the time. Gates, much like he wanted for Windows and MS-DOS back in the day, wanted the Tablet PC to be primarily used for business applications and uses, rather than for entertainment purposes. Unsurprisingly, these Tablet PCs didn't gain much ground and nobody was really all that interested. Until Apple introduced a giant iPhone, that is.

Despite what we might feel towards Apple, it's undeniable that the iPad has become the blueprint of what we think of when we hear the word "tablet" these days. At the time however, the iPad wasn't much more than a giant iPhone, it was even launched with iPhone OS 3.2 back in April, 2010. The key to the iPad's success was that it was marketed as something fun, something exciting, something new. We were promised the ability to read magazines from greats like Conde Nast, we said hello to iBooks and we were excited by the promise of a personal portable TV that could connect to whatever wherever we wanted. Google took a little longer to respond to the iPad, but we soon said hello to the Motorola Xoom and Android 3.0 Honeycomb. Android Tablets had huge potential, they felt closer to a Desktop platform than the iPad did and Android was already more flexible at that point. Honeycomb was supposed to be the birth of a new platform for Google. Things got off to a rocky start, but with Ice Cream Sandwich things got better and thanks to Amazon's Kindle Fire people were becoming more accustomed to the idea of owning a tablet. After some poor software decisions from Google and continued dominance of the iPad, Android Tablets just aren't very popular, despite some excellent choices. 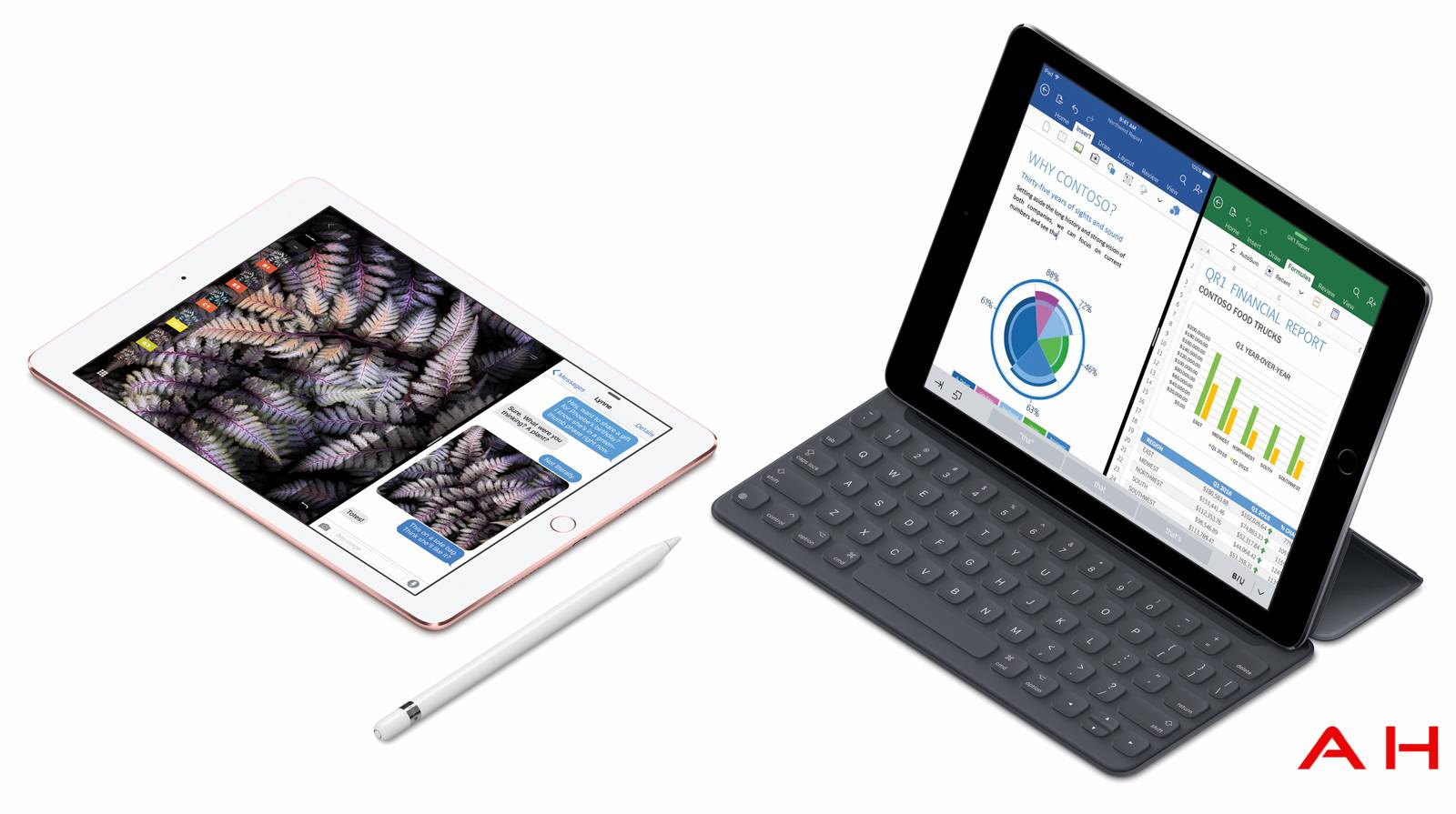 It's not just Android that is struggling in the Tablet arena, the iPad seems to have ran out of magical steam on its growth ladder, and Amazon is struggling to shift as many Fire tablets as it once could. So, what's happened to the tablet? There are a lot of reasons why the Tablet market is floundering right now, but one of them is down to the fact that the promise of the "fun" tablet never really arrived, and now everyone seems to be chasing the "boring" tablet that Bill Gates envisioned over a decade ago.

The Microsoft Surface and Surface Pro line of tablets have really caught on in the past couple of years. I, myself, own a Surface 3 and absolutely love it. It replaced a Nexus 9 and a Chromebook and I actually use my tablet far more than I used to. I still don't do much with it though, but my reasoning was that if I'm going to have a Tablet Computer, it may as well actually be a damn computer. Personal choice aside, there's a lot of other customers out there that have been thinking the same, and Microsoft isn't the only coming wanting to promise the ability to "do more" with a tablet. If last year's iPad "Pro" and Google's Pixel C weren't examples enough, it's pretty obvious that companies have failed to make the tablet the entertainment powerhouse that we were promised. Now, they're turning to productivity.

The iPad Pro promises to do all sorts of fancy tricks and promises to be a tool for professionals and modern creatives alike, but it's just a giant iPhone with modern specs. The Pixel C meanwhile, features a keyboard just the same as well as a few software tweaks here and there, but it too, is just a giant Android phone. Android N is promising some excellent changes with system-wide multi-window and this will probably be a big, big boost to Android tablets. Unreleased versions of Android aside though, there are few apps or programs that take advantage of the larger displays, and Google themselves have been so focused in a "unified experience" that their own tablet apps have suffered. Back when I used a Nexus 9 one of the few Google apps I thought made good use of the larger display were Gmail and Google Chrome. Two apps isn't good enough.

Despite its shortcomings, Android tablets across the board are targeting the same audience that Apple has turned to. With keyboard docks, mice support, better office apps and the promise of better performance are all ways to get business users and those looking to replace a laptop. This isn't what the tablet wasn't originally for, and it's not what a lot of people even want from a tablet. While it is possible to work from an Android tablet for some professions, it sure as hell doesn't mean that it's a good idea. Because it isn't. Google Chrome might masquerade as a Desktop browser on Android, but it really isn't. With no Extensions support, no Flash support (seriously, can we get rid of Flash now?) and pared down options and features the main app people will use is just a shadow of the Desktop version.

It seems like everyone – including Apple – has ran out of ideas to make the tablet seem cool and fun again, the tablet now seems stale and played out…unless you're a professional looking for a totally new and impressive way of working! In which case, Apple has a "PRO" tablet for you, and Google has a fancy keyboard+screen combo to sell you. This is because publishing and media were supposed to turn tablets into Paper 2.0, but it never happened.

Things might be better on the iOS side of things, but if you're someone that enjoys a good magazine or a curated collection of news – think newspapers – then Android is not where you want to be. I like magazines, I've always enjoyed reading and it's a nice way to unwind after a long day. On Android however, you're best hope is big PDF scans of the print copy that are difficult to manipulate and not even that high-resolution, either. The Google Play Newsstand is frankly a joke for magazine readers, issues are often late, they don't look very good and you're just moving a big page around that is obviously just a scan of the print version. There's no interactivity, no pop-out videos to go with an article, just an option to go black and white, which is…nice? Google isn't alone, the Surface 3 I have is pathetic for reading and getting access to magazines as well. I recently tried out Magzter and it was just the same experience as I found on Android, big page scans of the printed version, same old, same old. It's a good thing I have a Kindle.

Sure, getting access to media to watch movies and videos on the go is great. Netflix is a treat to have on a tablet like the Pixel C, or Galaxy Tab S2, and YouTube is a great way of losing hours at a time on a tablet. YouTube is one of my top uses for my tablet, and I'm sure catching up on TV, sports highlights and so on is what a lot of people do with their tablets. There's no denying that all the boxes where wanting to watch movies, TV and so on are mostly ticked, but then we can also do all of this on our phones…

Therein lies another big problem with the tablet, if I can do all of this on my smartphone, why do I even need this tablet? With 5.5-inch displays fitting into ever-smaller and manageable devices, a 7 – 10-inch tablet just doesn't seem all that big anymore, and if you want to go bigger you end up with the comically large iPad Pro 12.9-inch or the Galaxy View at 18.4-inches. We use our smartphones to Cast content to our TVs, to control what we're watching, to control the music playing through a set of speakers and so on. Our smartphones have steadily become more and more important to us, while the tablet has become less important at the same time. Sure, reading the news or browsing the web is easier on a tablet, they fit nicely in your lap and they're a more laidback experience, but we've become so accustomed to doing all of this on our smartphones that many of us simply don't see the need to purchase or keep hold of a tablet anymore.

Right now, it appears as though the Tablet is undergoing an evolution. While the idea of using a tablet for work, or replacing a laptop won't make a lot of sense to most people, it seems as though this is where the big players see things going. Microsoft is clearly in the lead here, offering a tablet experience that might not be all that "fun" but is the best at being "boring". With Android N on the horizon, Google's mobile operating system could finally be about to get more useful and more fully-featured on tablets, and that can only be a good thing. The "fun" tablet that we were all promised just isn't going to happen. Publishers are holding on to whatever slither of revenue is left from paper-based publishing, and until that totally dries up, the tablet won't ever be a good place to catch up on anything but moving pictures. The tablet isn't dead, it's just growing up, and while that might seem boring to us now, we might look back in 5 years' time and wonder what we were complaining about.