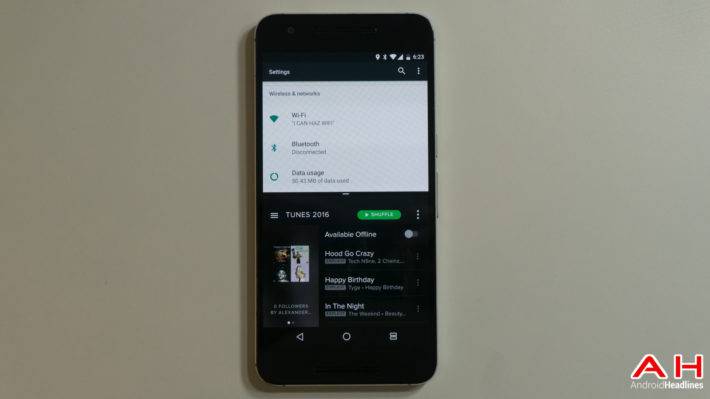 Last week, Google announced Android N, and while it's important to remember that this is still a Developer Preview, March is a lot different than May and for a lot of people this launch was perhaps a little early. For the past two years now, a Developer Preview has been released in May, during Google I/O and a final version is rolled out to Nexus devices, and then everyone else shortly thereafter. For the past couple of years, this has been expected, and it's been something that people have become familiar with, and for the last three years, we've only seen three major versions of Android, marking a slowdown in terms of releases and updates. That's arguably helped Android a lot more than it has hurt it, but announcing a new version of Android – even if it is only an early Alpha-esque release – 5 months after the final release of the previous version is bound to raise some questions.

Whether or not a new release of Android is "too early" has been a question that the tech media, as well as well-informed users, have been asking themselves for years. I personally remember when I was first getting interested in Android – jumping onboard with version 2.1 – I saw Android 2.2 FroYo launch soon after I bought my phone and then Android 2.3 Gingerbread launched towards the end of the same year. Obviously, things were different back then, and the platform was in its infancy just getting off the ground, but to a 19-year old customer having signed his first phone contract? I wanted updates and I wanted them quickly. As it happened, between them, O2 and HTC dragged their feet so much that it took what felt like forever to see Android 2.2 and Android 2.3 quickly became a pipedream. 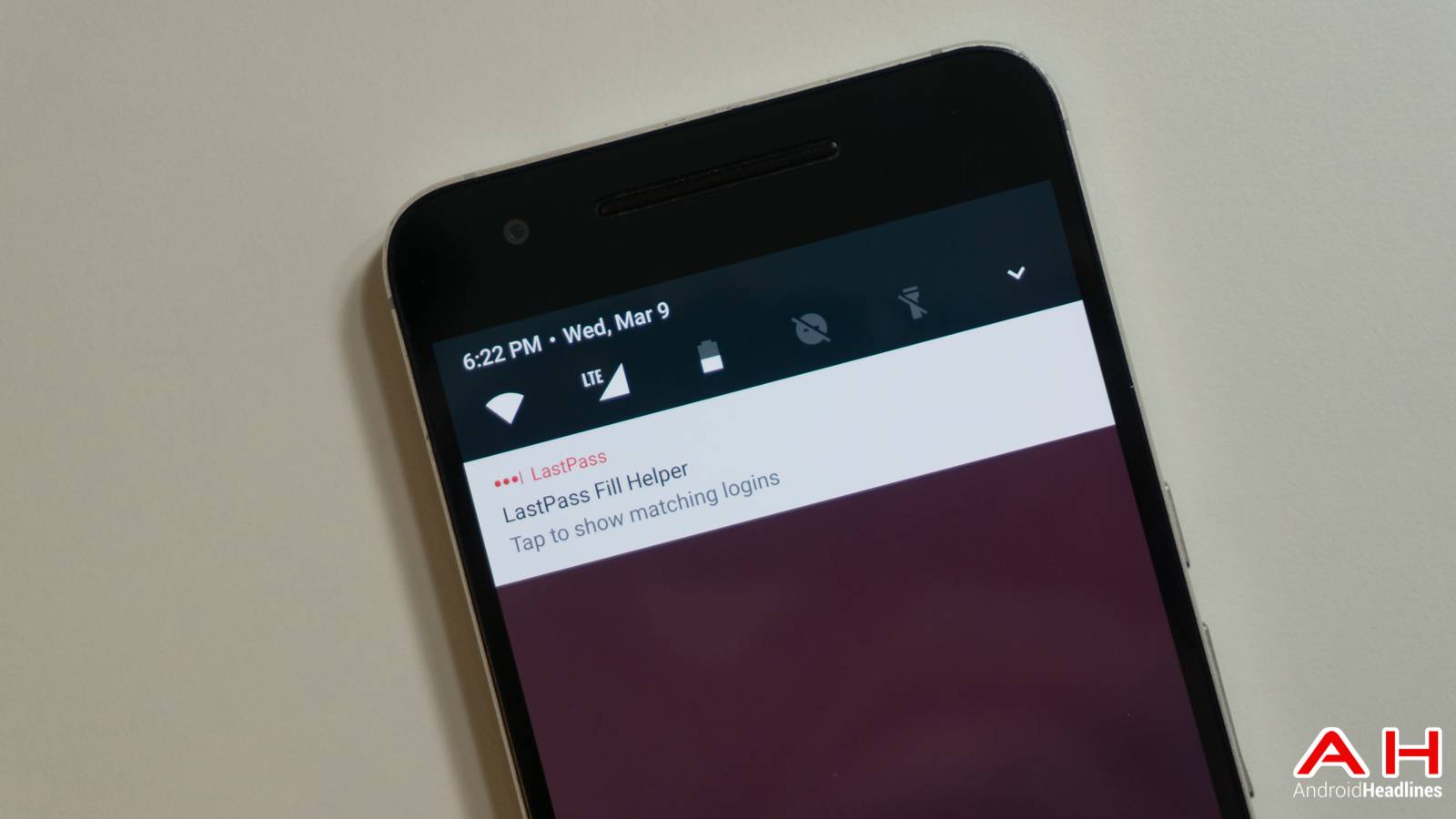 Android N has been released in the first stages of a Developer Preview, and you could consider this the equivalent of an Alpha release. Obviously, this release of Android N is designed for developers and those looking to put Android N on tomorrow's devices, and it's probably not Google's main intention to make too big a fuss about it, but in this day and age that's unavoidable. There's a culture around these updates and people are always looking forward to what's next, otherwise I would be out of a job. Which puts Google in an awkward position; it's better to give developers a heads-up on what's coming and how to best adapt their apps for new features such as multi-window but it upsets a lot of users that haven't even been updated to the previous version of Android.

To be clear, these Developer Previews are an excellent idea. When they announced Android L – which of course became Android 5.0 Lollipop – they introduced a whole new user interface, and Material Design has been a massive breath of fresh air for Android. The way they introduced it however, in a Developer Preview, was a master stroke. Users were excited for the new version of Android and were eager to hear more about each new preview and couldn't wait for it to finally launch, but more importantly Developers were able to get onboard and ensure that their apps and games not only worked, but took advantage of new features. Android M – or Android 6.0 Marshmallow as we know it today – followed the same path, and it worked well. 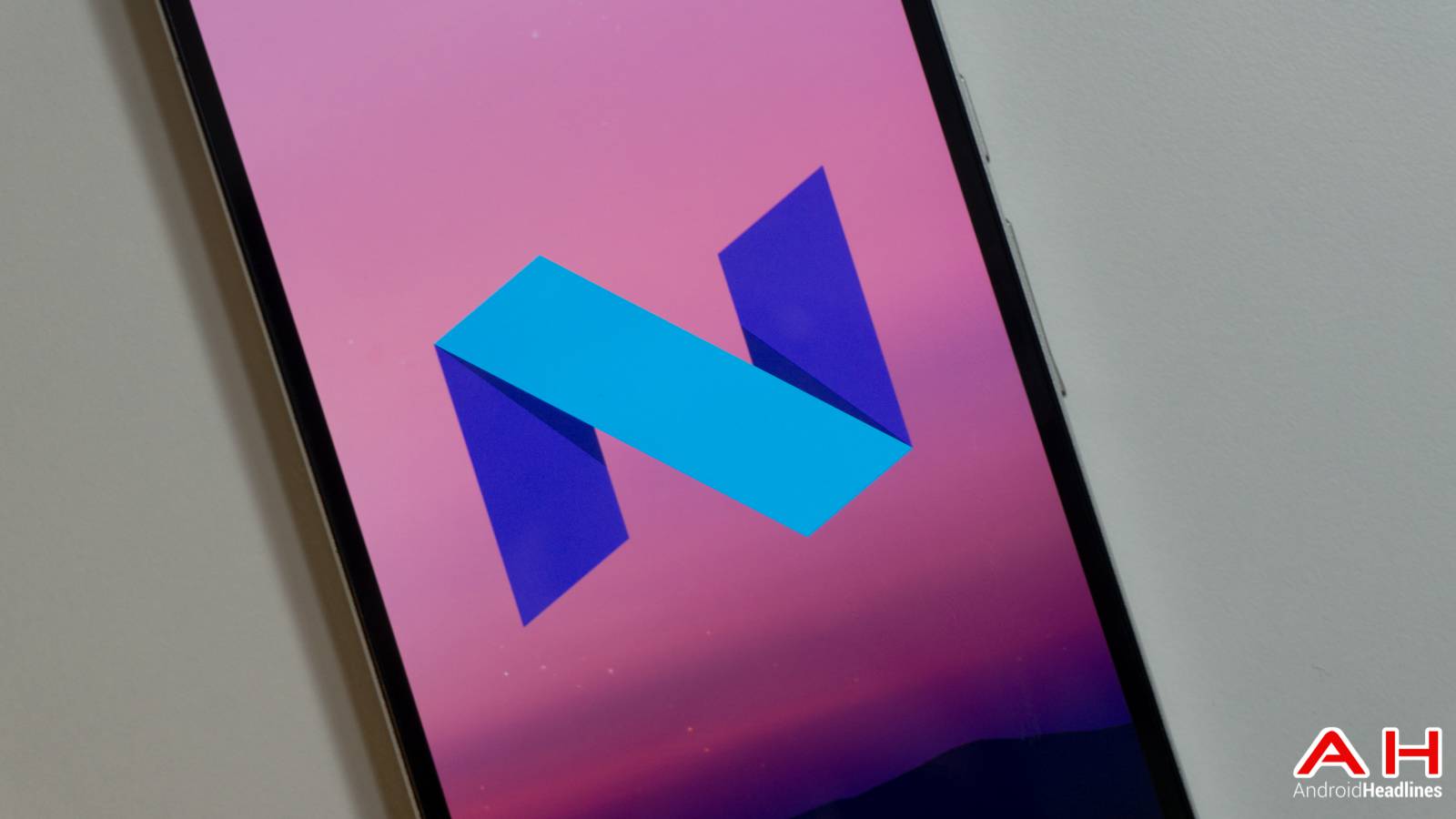 This focus on one solid major release of Android per year, with some helpful heads-up info for developers has worked really well for Android. While naysayers will continue to point and laugh at Google's monthly distribution figures and cry "FRAGMENTATION!", Google has been very clever with their approach to major releases over the past few years. Key features of Android, such as Google Play Services are embedded into – and independently updated – across different versions of Android and the Play Store is updated with new features on its own as well. Core elements of Android don't need to be running on the absolute latest version of Android in order for them to add new features or feel fresh themselves, mostly negating the famous fragmentation that apparently plagued Android. Developer Previews and more structured and careful rollouts of major releases are working well for Android, but could announcing N this early in the year be a return to old for Google?

I own, and am very happy with, a OnePlus 2 and yet I still don't have Android 6.0 Marshmallow. Clearly, this is a total lack of effort on OnePlus' part, but even big-name devices from Samsung and LG have only just gotten the update to Marshmallow. Devices on a 24-month contract from 2014, such as the Galaxy S5? Keep on waiting. Now, these users that are still waiting for Android 6.0 Marshmallow are hearing about a new version of Android. Granted, a lot of average users might not even put much thought into it beyond reading a few articles here and there, but knowing a software upgrade is on its way before you've even gotten the last one? Not a brilliant feeling, especially if your smartphone ended up costing you a lot of money.

There's also the Jelly Bean issue to think of here, too. From July 2012 through to July 2013, Google released Android 4.1, Android 4.2 and Android 4.3 all under the name of "Jelly Bean". While it's widely thought that Android Jelly Bean refers to all three releases – 4.1 through to 4.3 – they were three separately announced versions of Android, that required three separate major software updates. This essentially let carriers and networks "off the hook" to hustle and roll out Android 4.2 to a device running Android 4.1, why not just wait for Android 4.3? Speaking of which, Android 4.3 Jelly Bean was a release that included a lot under-the-hood, and is the earliest version Android Wear smartwatches will work with, making that particular release of Android a fairly important one. There's now talk that some devices will skip Android 6.0 Marshmallow and go straight to Android N. 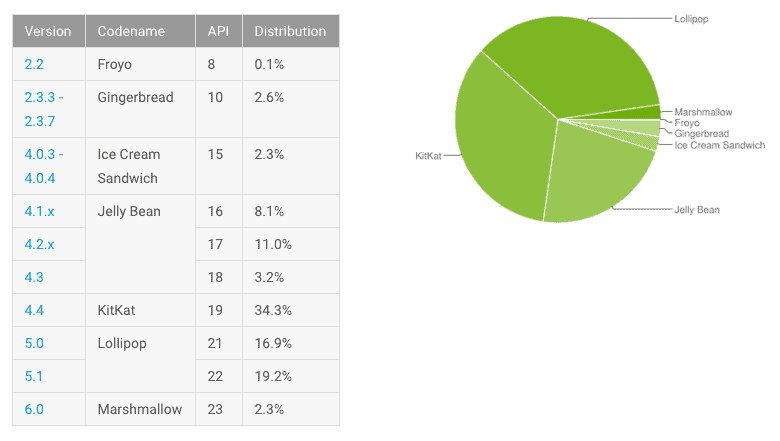 While there's not much stock in such a rumor right now, it's something that could end up happening. Let's take OnePlus for example. A small company that's obviously more occupied in the recent launch of the OnePlus X and development of the OnePlus 3. Updating OxygenOS to Android 6.0 Marshmallow is clearly not a priority of theirs, and with the arrival of Android N a small team is faced with a fairly simple question; do we focus on being ready for Android N in the Fall or release Android Marshmallow now to catch up with N once again? It's a tough question, and while this can't be levelled at larger firms like HTC (who, to their credit have been much better with updates), LG, Motorola, Samsung, Sony and everyone else with larger development teams it does throw plans into question.

As is so often the case with Android updates like N, we're just going to have to wait and see how long it takes for the manufacturers to roll out their own updates. Google does appear to be doing all they can in helping their manufacturing partners roll out updates quicker, and I'm of the opinion that device manufacturers and carriers need to work quicker, but they're not exactly helping with N, either. With the industry talking about a new version of Android coming "in Summer" the conversation can't help but be steered to the slow, slow rollout of Android Marshmallow. Whether the launch of the N Preview was too early is up to you, and we're sure developers and users will constantly differ here, but one thing is as clear in 2016 as it was back in 2012; Google has an update problem, and it seems unlikely they're ever going to solve it completely.