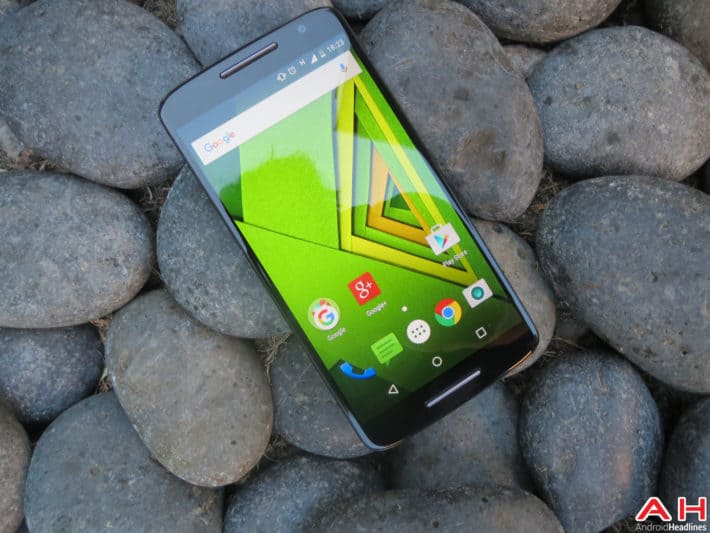 Motorola has introduced three smartphones back in July last year. The company has unveiled their entry-level, mid-range and high-end smartphones at the press event. The 3rd-gen Moto G was introduced, alongside the mid-range Moto X Play, and the company's Moto X Pure (Style) flagship phablet. Needless to say, all of these devices have been available out in the market for quite some time now, and the mid-range Moto handset has been rockin' Android 6.0 Marshmallow for quite some time now. Well, Motorola's mid-ranger seems to be getting a new update, read on.

Android 6.0 Marshmallow has started rolling out to Moto X Play in India at the very beginning of the year, and the company has now started seeding the Android 6.0.1 Marshmallow update in the country, as you can see in the image down below. The update brings quite a few new features and fixes to the OS, and it also included the Android security patch. Moto X Play users are getting Unicode 8.0 Emojis with this update, which means you'll get over 100 news emojis, plus some updated ones. For those of you who need a quick access to the camera, you're in luck, you can now double press the power button in order to access the camera directly. You'll also be glad to hear that you can now turn off the camera shutter button, if that's an option you need. In addition to these new features, the company has included tons of fixes throughout the system in order to make it more responsive than ever before. The Android 6.0.1 Marshmallow update for the Moto X Play is 387.4MB in size, and if you haven't received it yet, you will soon.

The Moto X Play sports a 5.5-inch fullHD (1920 x 1080) display, 2GB of RAM and 16GB / 32GB of internal storage. The device is fueled by the Snapdragon 615 64-bit octa-core processor, and a 3,630mAh battery is also a part of this package. The device offers fast charging, and is IP52 certified (water repellent nano coating). The 21-megapixel snapper is placed on the back of this phone, and the device originally shipped with Android 5.1.1 Lollipop. 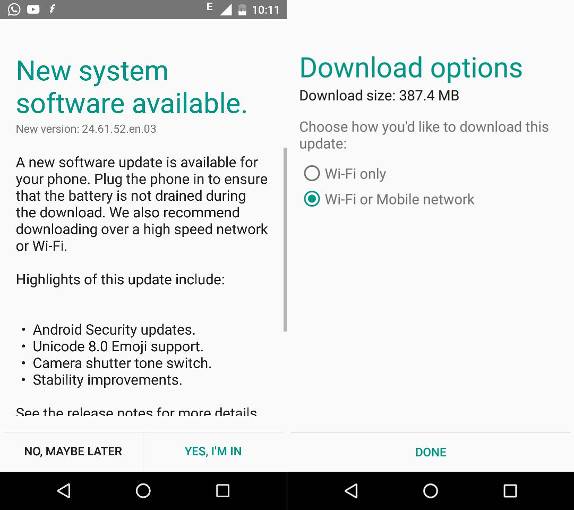