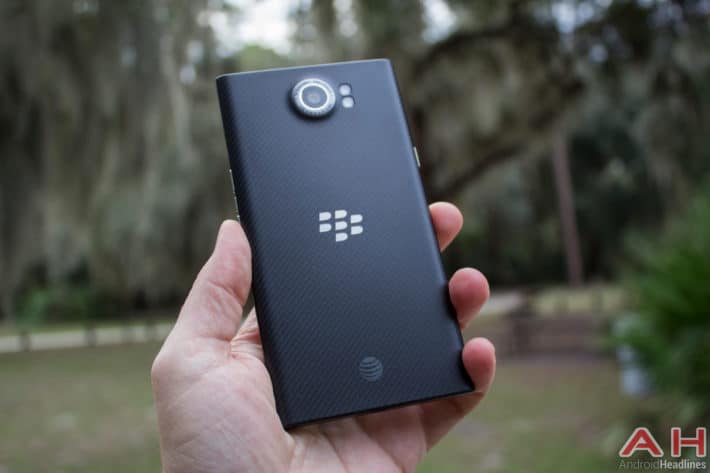 The BlackBerry PRIV is one of the more recently released smartphones as it only saw its arrival on the market towards the end of last year. However, in spite of being a new smartphone, what attracted a significant amount of attention from the smartphone market perspective, was that this was the first BlackBerry smartphone to be released running on the Android operating system. A significant departure from BlackBerry tending to stick to their own platform. As a result and since its release many are watching the PRIV closely to see how it performs, as its sales are thought to be a big indicator of BlackBerry’s smartphone position moving forward. With some analysts already having suggested poor sales could see the smartphone maker exiting the hardware business altogether.

Speaking of which, tomorrow BlackBerry is due to release their financial results for the fourth quarter and this is expected to come with some detailed information on how the PRIV has been selling since its release. Just ahead of that announcement, it is now being reported that analysts from Wells Fargo Securities are making their own predictions of what will be announced and according to those predictions, BlackBerry will confirm that they shipped 850,000 PRIV handsets during the quarter.

On the face of it, the touted figure is one which the same analysts say will help BlackBerry announce quarterly revenues above Wall street expectations. Specifically, $571 million compared to a $565 million expectation. So while above those expectations, not drastically. One of the reasons which is being given as to why these figures could be considered lower than what they could have achieved is that the BlackBerry PRIV is a handset which seems to only be available in roughly 20 countries. A number which is significantly less than the 31 countries that BlackBerry has set out to expand the PRIV availability to by February of this year. On a more wider note, the same analysts expect BlackBerry to announce yearly software revenues in the region of $500 million. Again, a figure which would exceed expectations if confirmed. Of course, at the moment these are just predicted figures and firm details will likely be announced tomorrow by BlackBerry.