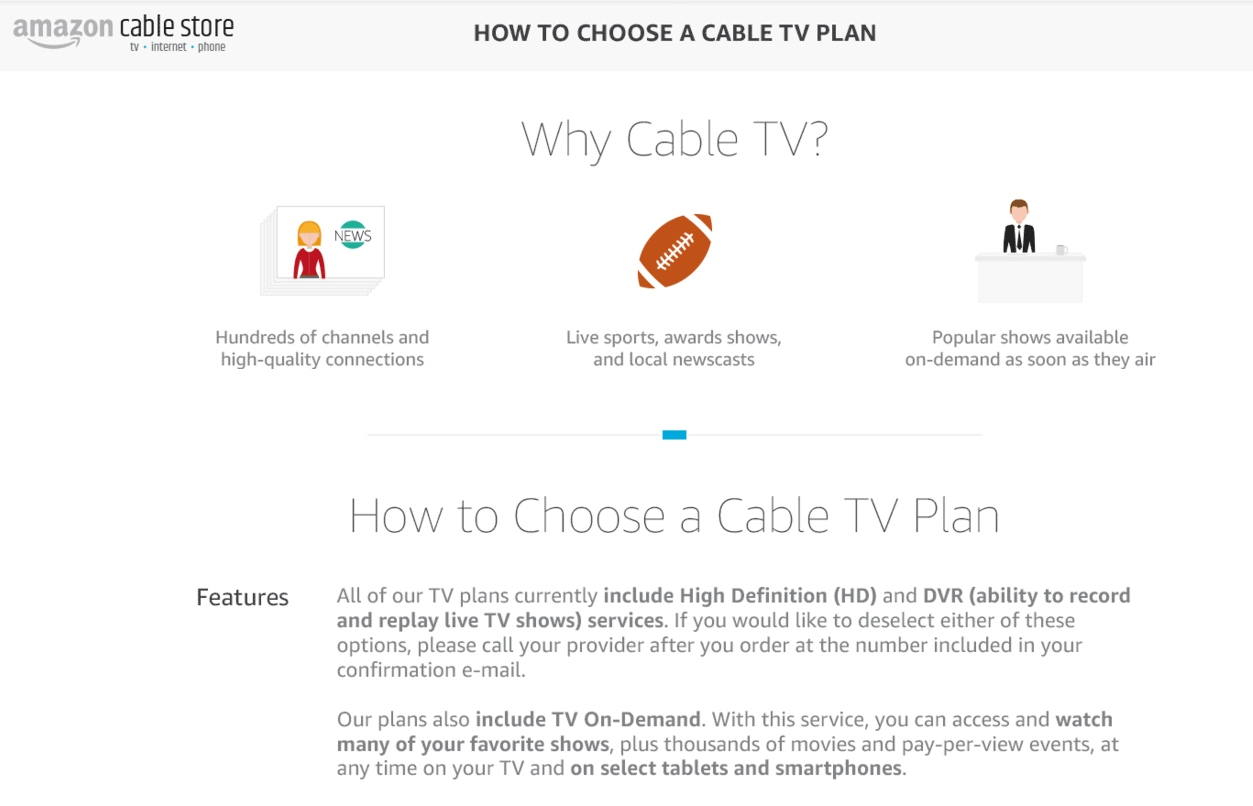 Amazon, who is the undisputed giant in terms of e-commerce sales in North America and much of the world, appears to be looking to venture into other parts of the business. Amazon already sells a few set-top boxes and HDMI streamers in their Fire TV suite, and now it looks like they want to add cable and internet to that collection. In a promotion that went live Sunday night, before being pulled, Amazon's page with these services is live, however. While there are no prices listed, the page does allow you to see what packages they will have available. You can choose to do internet, internet and TV or internet, TV and phone together. Basically what Comcast would offer on their website, but with a priority on internet, seeing as that is how customers get to Amazon. It's currently unclear as to whether Amazon will sell these Comcast services cheaper than Comcast does, or not, however.

It's being dubbed as the "Amazon Cable Store" but notably, only Comcast is listed on the site right now. Which could mean that they are entering a partnership with Comcast, or that we might see other cable companies join the fun in the near future. Their TV packages include HD and DVR, however if you wish not to have either of those, you can call up Comcast and have it taken off of your account after you have it all set up. Not the best way to deal with things, but it works.

Why would Amazon be wanting to get into the cable business? Well there are a few things here. Like Google, Amazon needs more people on the internet to buy things from Amazon. Of course, Amazon is likely going to get a cut out of Comcast sales from Amazon, but this likely more about competing with Google. As Google has a little project called Google Fiber. Instead of opting to build out their own network across the US, Amazon appears to be wanting to use a network that is already built out and has some amazing speeds to go with it.

Remember that none of this is official just yet. Amazon will likely be announcing it later on, once the details are all worked out with Comcast and other potential partners.