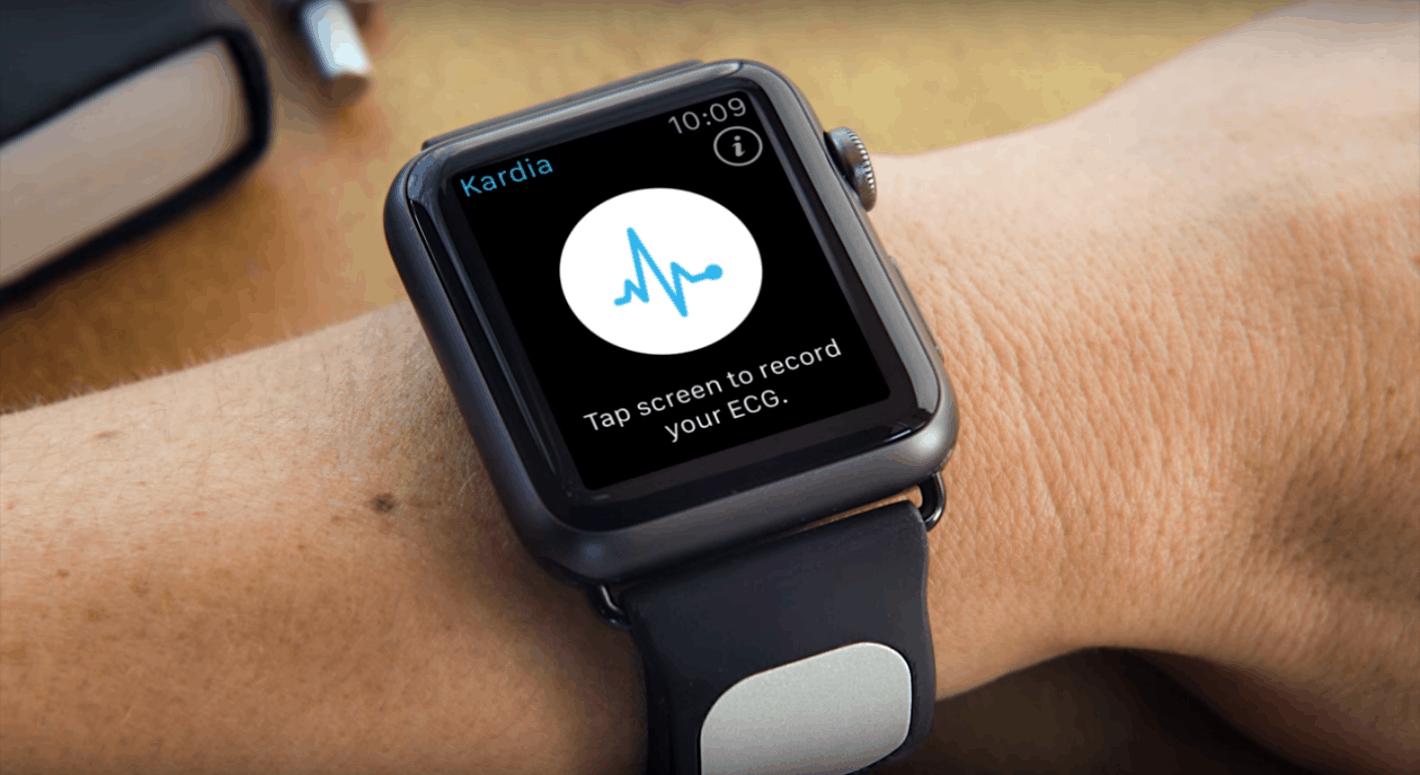 Before the Apple Watch was released, countless rumors were flying left and right suggesting that the company's first wearable will be a medical-grade product. However this hasn't come to pass, and although the Apple Watch does offer a fairly wide range of health-related applications, the timepiece is not a regulated medical device and is considered more of a fitness tracker and companion device. Fortunately for those who may want to use Apple's smartwatch to keep a closer eye on their health, AliveCor might have the solution in the form of a Watch band. It's called the Kardia Band and features a medical grade electrocardiogram (EKG) capable of instant analysis.

AliveCor is a company aiming to create heart-rate sensors for smartphones. It became popular for releasing Kardia Mobile, which takes the form of an EKG attachment plate for smartphones. Now the company aims to bring a similar solution to Apple Watch users through the release of a Watch band. The Kardia Band features a medical grade EKG sensor which can detect atrial fibrillations and whether the user's heart rhythm is within normal parameters, and the hardware is also accompanied by an application which allows users to create voice memos and keep better track of their health. The data can then be relayed to a doctor for a more detailed diagnosis and / or treatment plan.

What makes the Kardia Band somewhat of a rare commodity is the fact that the sensor will be released with approval from the Food and Drug Administration. In other words, the Kardia Band will be regulated as a medical-grade EKG. Obtaining an FDA approval for a medical device is not an easy or timely endeavor, which is why not many smartphone makers have been willing to go through with the process. However, AliveCor's CEO and former Google executive, Vic Gundotra, claims that his company "sits on the other side of the FDA line" because the Kardia Band is not a fitness product. "This is not a toy. We're talking about people's lives", said the CEO, who believes that the Kardia Band will be "the first FDA-cleared accessory" designed for smartwatches. At the moment, the product is pending 510k clearance from the FDA so no details regarding its release date or availability have been confirmed.