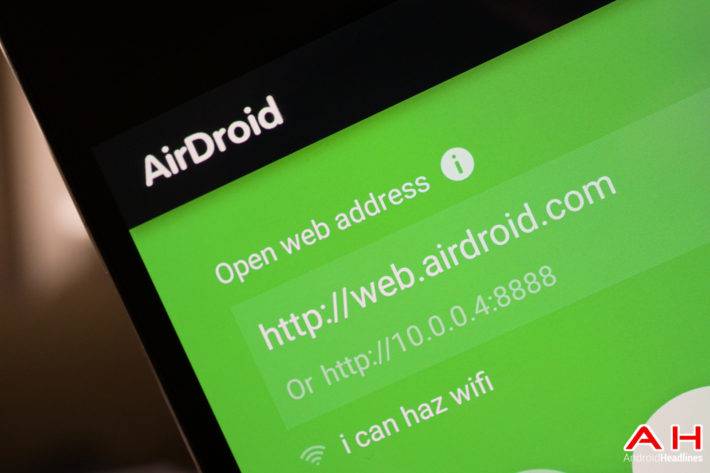 AirDroid has been around for a while now, and it just seems to get better and better. Originally, it was created to allow users to transfer content between their smartphone and their desktop computer, regardless of their desktop OS. Now, AirDroid has added yet another feature, which will give die-hard AirDroid users something to cheer about. And that's the ability to automatically backup your photos from your smartphone to your PC. This is very similar to those services from Dropbox, Microsoft OneDrive and even Google's own Photos service. However the big difference here is that the photos go directly from your smartphone to your PC. Never going to the cloud, and never going to another server. For some, that can be a pretty big deal, as not everyone wants their photos passing through a server. We've all seen the various hacks, particularly on iCloud in recent memory.

The backup is pretty simple, now you can only back it up if AirDroid is installed on both devices, and both devices are on the same WiFi network. Within the Android app, you can choose when to have it backup. We'd recommend while your phone is charging, that way it's not using up your battery. To use this new feature, you'll need version 3.2.1 on the Android app, while the desktop version needs to be on 3.3.1.

As of now, it doesn't appear to be live on the Google Play Store, but it should be there soon (Google Play can sometimes take a few hours to show a new update). However, if you don't want to wait, that's fine. AirDroid has the latest version available on their website for you to download and use.

AirDroid is essentially like having remote desktop for your smartphone. You'll get a bevy of notifications on your desktop, like messages from Hangouts, Google Messenger, WhatsApp, and more, as well as phone calls. So instead of picking up your phone to literally pick up the phone when someone is calling, you can just answer from your PC. Making things so much simpler. AirDroid is available for Chrome, as well as standalone versions for Mac OS X and Windows.