Being able to effectively work from Android devices is an aspect which is becoming increasingly important to smartphone and tablet owners. Of course, the immediate benefit is that you no longer have to wait until you reach a desktop or pull out a clunky laptop to get work done and can instead read documents and make changes all on the fly. This is why a number of services have been coming together recently to make the ability to get work done, a much easier one. Back in October, this was the case when Adobe and Dropbox announced they were partnering. A move which allowed Dropbox files to be opened from within Adobe products like Adobe Acrobat DC and Adobe Reader and vice versa.

Following on from that initial announcement and Adobe has now confirmed that an update to their Adobe Acrobat Reader Android app is rolling out today and one which brings with it the improved Dropbox integration. Likewise, an update is also now rolling out to Dropbox to also make note of the Adobe/Dropbox integration. Updates which will essentially allow users of either app to gain access to Adobe or Dropbox files from within their apps. Once opened, users will then be able to make use of various actions and commands to PDFs in either the Adobe Reader or Dropbox apps. Not to mention, the ability to share files is likely to be greater improved as well.

Adobe notes that in spite of the short time since the initial partner announcement, the combination of Adobe and Dropbox is one which has been well-received by their users and has resulted in an accumulation of more than one million Dropbox-stored PDF files being opened through Acrobat Reader on mobile every month. The latest app update is one which follows in the footsteps of an update which was recently made available to iOS devices and now allows for Android devices owners who have the app installed, to make use of the same integration benefits. If you have yet to download the Adobe Reader Android app or would like to find out more about the latest change and Dropbox integration, you can head through the link below and over to the updated Play Store listing. Likewise, if you have Dropbox installed you should see the update arriving to your Dropbox app soon enough as well. 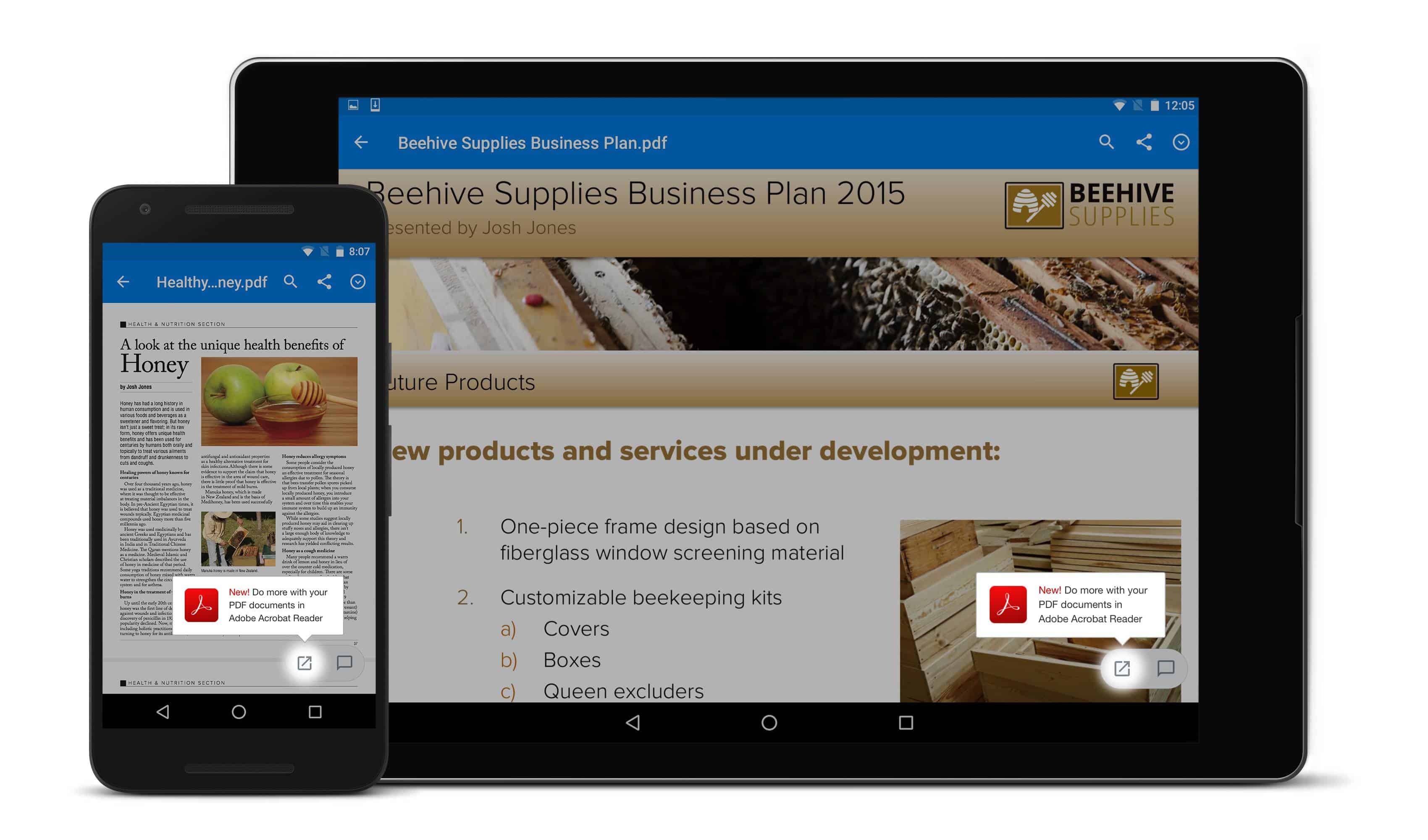