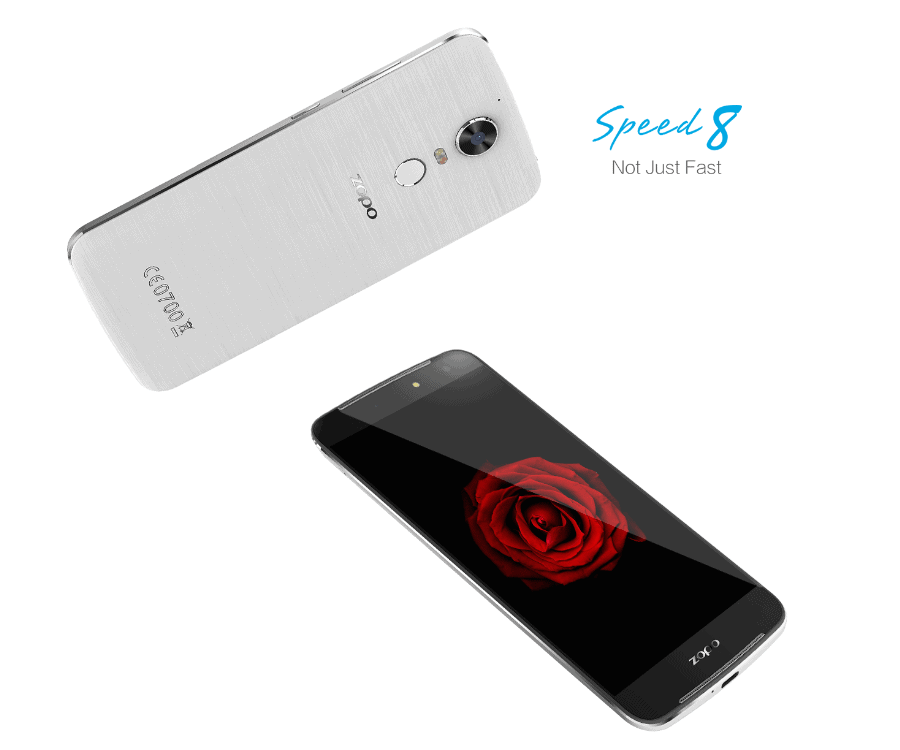 Zopo is a China-based company which some of you probably heard of by now. This company has introduced the Speed 7 and Speed 7 Plus devices last year, both of which were really compelling offerings, especially if you consider their price point. That being said, Zopo is getting ready to launch yet another smartphones soon. The company has confirmed a while back that their new flagship, the Zopo Speed 8, will be introduced during the Mobile World Congress (MWC) in Barcelona later this month. The company will hold their press conference on February 24th, and we already know that it will be fueled by MediaTek’s Helio X20 64-bit deca-core SoC.

That being said, Zopo has already teased the design of this phone, but we didn’t get to see how will the whole device look like, until now that is. If you take a look at the provided image, you’ll get to see Zopo Speed 8’s full design. The phone will be made out of metal, and a fingerprint scanner will be placed below the rear-facing camera and dual-LED, dual tone LED flash. The back of the phone will be textured, as you can see in the image, and the company has already confirmed some spec info, aside from the SoC. This device will ship with 4GB of RAM on the inside, and a 3,600mAh battery will also be a part of this package. The Type-C port and NFC will also be included here, and on the back of the phone you’ll be able to find a 21-megapixel snapper (Sony’s IMX230 sensor). The 8-megapixel front-facing camera will also be included here, and a 5.5-inch panel will be placed up front, though its resolution is still unknown. We also know that the Speed 8 will ship with Android 6.0 Marshmallow out of the box, with some additions from Zopo though.

That is pretty much it. By the looks of it, Zopo Speed 8 will be a really sleek looking handset, and it will be interesting to check out the final products. Zopo will introduce this phone the same day Xiaomi plans to unveil their flagship, so it will be a rather interesting day, that’s for sure. Either way, stay tuned for additional details, we’ll report back if something pops up before the announcement.