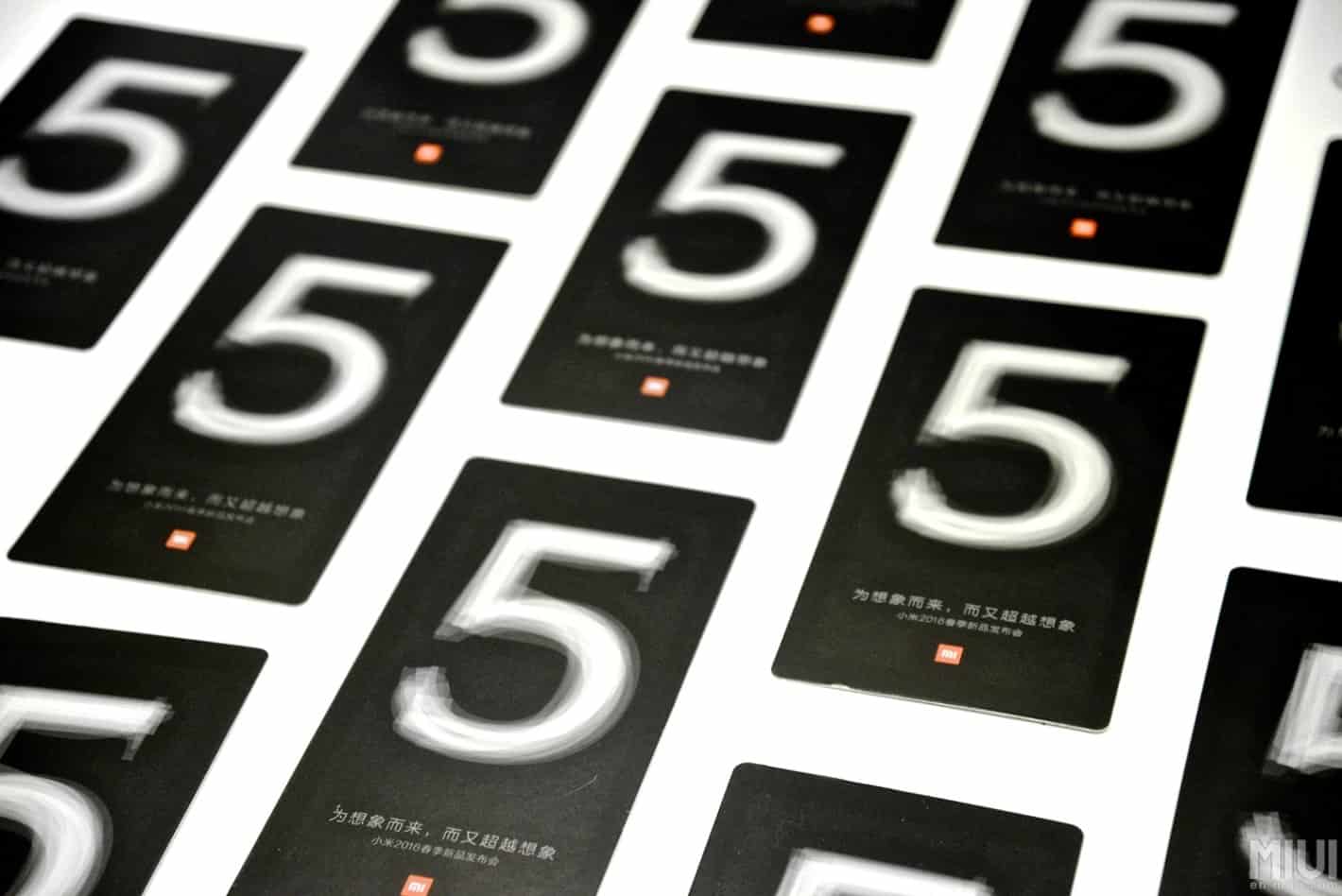 Xiaomi Mi 5 is one of the most anticipated smartphones of the upcoming Mobile World Congress (MWC) in Barcelona. Xiaomi's new flagship was expected to be announced last year, but that didn't happen, and Xiaomi has already confirmed that the device will be announced on February 24th, both in China and in Barcelona. That being said, the company has started sending out invitations for the event it seems, read on.

Now, keep in mind that these invitations are being said to Chinese media who will participate the event in Beijing, not Barcelona. The event will be held on February 24th at 11:30 IST, and the invitation letter itself is quite minimalistic. The imaging on the letter actually resembles the teaser Xiaomi shared a while back, announcing that the phone will be introduced on the said date. Now. we already know that this phone will be fueled by the Snapdragon 820 SoC considering the company's officials confirmed as much, but that's not the only official confirmation we have thus far. The company's co-founder has recently confirmed that the phone will sport dual-SIM capability, and also NFC thanks to the screenshot he shared on his official Weibo (Chinese social network) page. Now, on top of all this, the company's exec has also confirmed that the phone will ship with a 1080p (1920 x 1080) display, not a QHD panel most of us were expecting. This is an interesting move by Xiaomi though, that's for sure, and some users will certainly appreciate it considering it will preserve precious battery life.

The Xiaomi Mi 5 will ship with 3 / 4GB of RAM as well, and a 16-megapixel rear-facing camera has also been mentioned recently. Speaking of the camera, both Lin Bin and Hugo Barra shared Mi 5 sample images quite recently, in case you'd like to check those out. Android 6.0 Marshmallow will come pre-installed on the Mi 5, according to rumors, and you can expect Xiaomi's MIUI 7 Android-based OS to come installed on top of Google's operating system. That is more or less it as far as the Mi 5 goes. The device will be announced soon, and if something pops up before the announcement, we'll make sure to let you know, stay tuned.