Xiaomi Mi 5 is one of the most anticipated devices of this year’s Mobile World Congress (MWC) in Barcelona. Xiaomi has announced quite recently that they will introduce their new flagship both in Beijing and Barcelona on February 21st. We’ve talked about this handset quite a few times thus far, but Xiaomi might be planning to introduce additional hardware alongside the Mi 5. What exactly could they announce? Well, Xiaomi’s drone, called Mi Drone, has surfaced a number of times thus far, and a new leak just popped up, read on.

We’ve seen patent sketches of the Mi Drone last year, and the rumors originally said that the drone will be announced before the end of 2015. Xiaomi has, allegedly, decided not to launch the drone so soon because it resembled DJI’s offerings way too much, so they’ve decided to re-design it. Well, if you take a look at the provided images, you’ll get to see the alleged Mi Drone in the flesh. According to the source, this drone is about 350mm long, so it’s not exactly small. Now, I don’t know if you recall, but those patent docs that leaked a while back talked about how will consumers be able to control this drone. Xiaomi has, allegedly, decided to make the Mi Band one of your options, the drone could follow you around, using the Mi Band fitness tracker as its guide. We’re not sure this information is accurate, but we’ve seen it leak more than once.

Now, this drone is actually rumored to arrive during the Mobile World Congress (MWC) in Barcelona as well, though Xiaomi didn’t tease its arrival in any way, and they usually do that for most of the products they opt to announce. The Mi Drone will certainly be more affordable than the competition, we all know how price aggressive Xiaomi is. Latest rumors claimed that the drone will cost around $106 once it launches. Keep in mind that none of this is confirmed at this point, it is possible Xiaomi doesn’t even plan to announce a drone, at least not anytime soon, we’ll just have to wait for February 21st and see what happens. 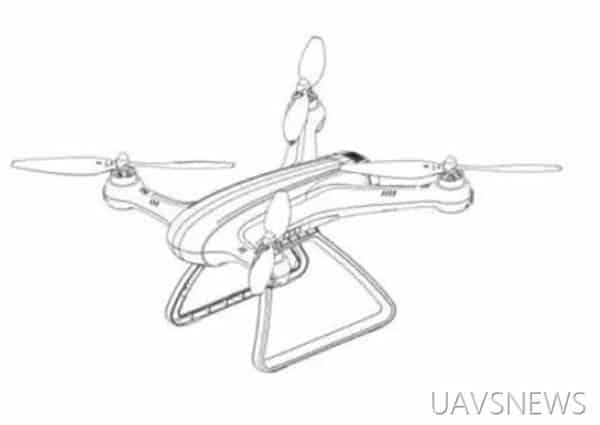