Xiaomi has been founded back in 2010, and the company managed to achieve great success in a very short period of time. The company became China’s largest smartphone manufacturer last year, even before their fifth birthday. Xiaomi is still the number one smartphone manufacturer in their homeland, though Huawei is close second at this point. Xiaomi cannot compete with Huawei on a global scale however, considering Huawei managed to become world’s third largest smartphone manufacturer last year, and still holds that place. Xiaomi still doesn’t sell their handsets in Europe or the U.S., but expanding to those markets (plus many more), are in their plans for the future, and it will surely going to be interesting to see what will happen in that regard before the end of this year.

Speaking of which, Xiaomi hasn’t released their Mi 5 flagship last year, which was expected to happen considering the Mi 4 was introduced back in 2014. Instead of releasing the Mi 5, Xiaomi has introduced the Mi Note and Mi Note Pro phablets back in January 2015, and those two phones remained their flagship offering until the company opted to release the Mi 5, and that has actually happened less than a week ago during the Mobile World Congress (MWC) in Barcelona. Well, Xiaomi actually introduced the Mi 5 both in Barcelona and Beijing on the same day. Anyhow, the Mi 5 is a very powerful smartphone which will become available in China in a couple of days, India will follow, and Xiaomi’s Hugo Barra actually teased the international availability of this handset as well, but did not disclose any plans during the keynote. 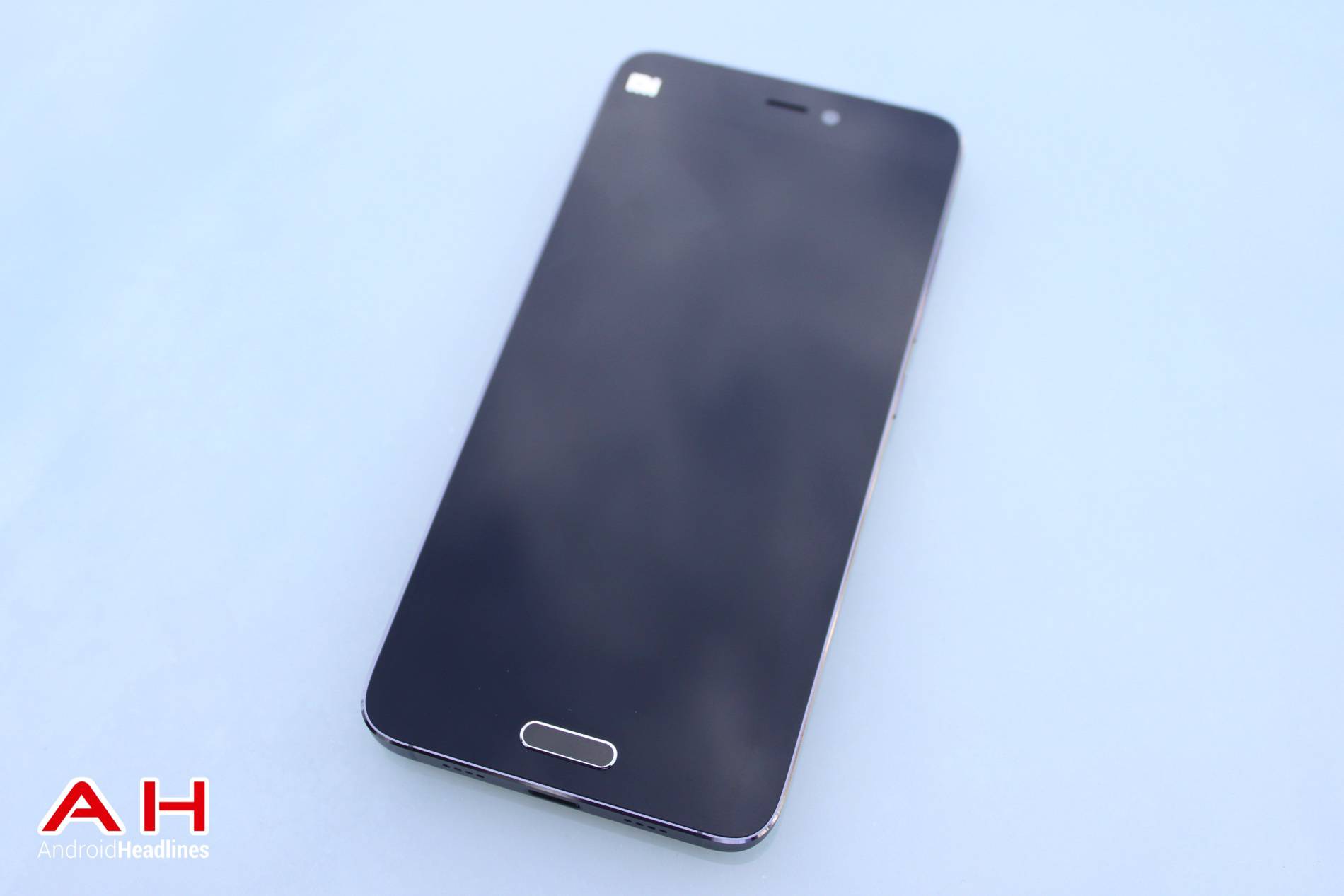 That being said, let’s take a look at Mi 5’s specifications briefly, before we just into any further details here. The Xiaomi Mi 5 sports a 5.15-inch 1080p (1920 x 1080) ‘Sunlight’ display, along with 3GB / 4GB of RAM and 32GB / 64GB / 128GB of expandable internal storage. Now, the 32GB and 64GB variants come with 3GB of RAM, while the 3GB RAM + 128GB internal storage combination is called the Mi 5 Pro, and is the most expensive variant of this device, not to mention it sports a Ceramic back. The 16-megapixel 4-axis OIS shooter is placed on the back of the device, and a 4-megapixel (2um pixel size) camera is placed on the front side of this smartphone. Android 6.0 Marshmallow comes pre-installed on the Mi 5, with Xiaomi’s MIUI 7 OS available on top of Google’s operating system. The device also ships with a physical home button (for the first time ever as far as Xiaomi’s smartphones are concerned), while the fingerprint scanner is placed on the inside of that key. If you’d like to check out Xiaomi Mi 5’s detailed spec sheet, click here. Not one handset is perfect, every single one of them has good and bad sides, so let’s take a closer look at the Mi 5, shall we.

Xiaomi Mi 5 not only sports a premium build, which is certainly one of its positive sides, but it also costs way less than other similarly specced flagships out there. The Xiaomi Mi 5 will cost 1,999 Yuan in China (for the basic variant), which is more than half the price of the Galaxy S7, S7 Edge, Xperia Performance or LG G5, all of which were also introduced at the Mobile World Congress (MWC) in Barcelona. The ‘Ceramic’ variant will be somewhat more expensive, but also a lot cheaper than every phone listed above, pricing will vary from market to market so I’m unable to list exact prices just yet.

Anyhow, the Mi 5 also sports very thin bezels on the sides, which makes the phone look really, really sleek, and give it a great screen-to-body ratio. Considering there are thin black bars present on the sides, the black variant simply looks more immersive, but that’s the case with pretty much every device out there. The 16-megapixel camera on the back of the Mi 5 is also supposed to be really great, Xiaomi has implemented the 4-axis OIS which should, essentially, allow your hand to be less still while taking images and that won’t affect its performance. The shutter speed is really fast, and there’s also DTI (pixel-to-pixel correction) present here, which is a technology which should prevent and light leakage when pixels are concerned, and should balance your images in this regard. Another thing worth mentioning when it comes to this device’s camera, is the fact that it is completely flush with the back of the device, which is not the case with most of its competitors. 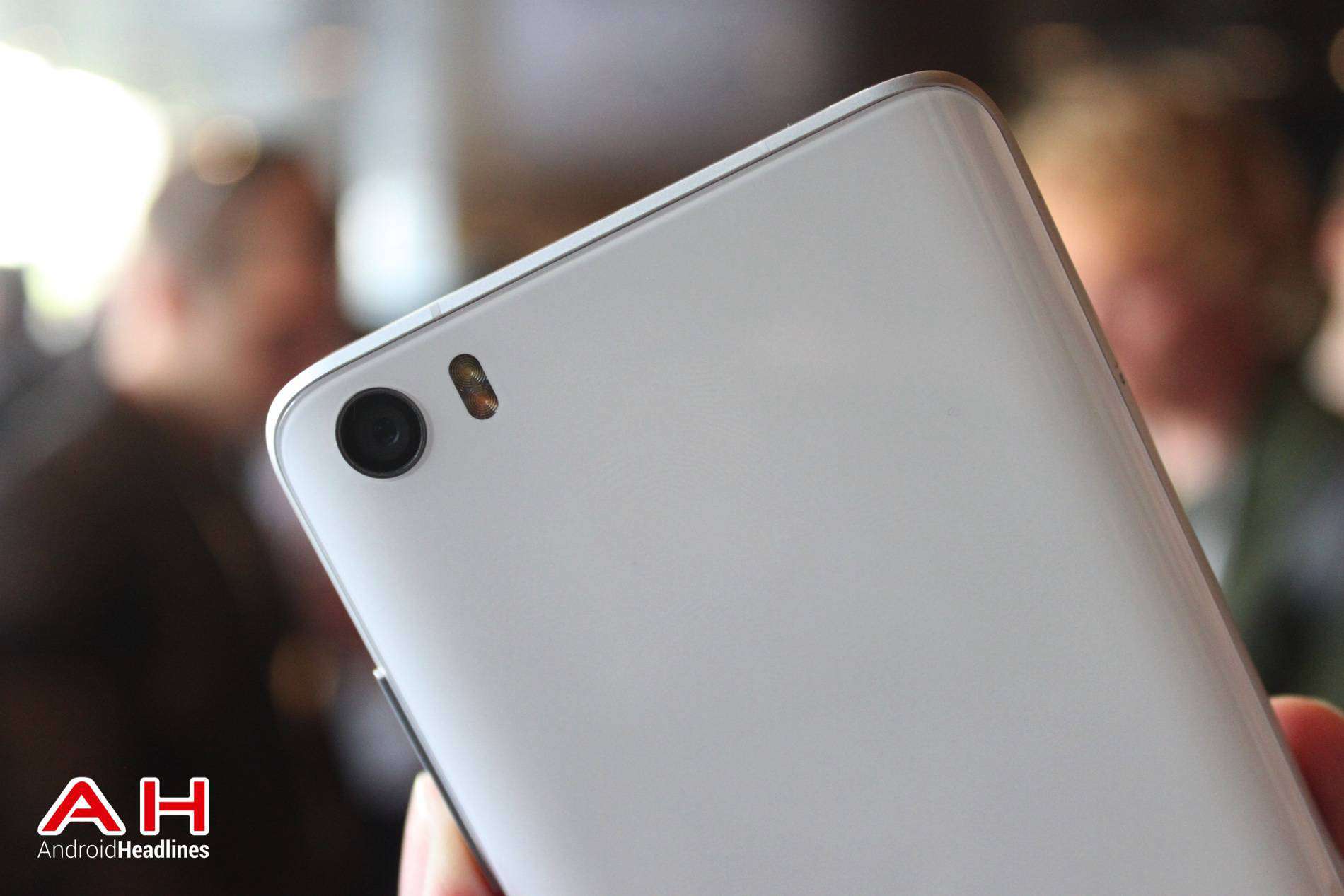 Xiaomi Mi 5 ships with Android 6.0 Marshmallow (with MIUI 7 on top of it), which is great to hear considering Xiaomi’s slowness when it comes to updates has been one of the major negative sides of Xiaomi products for a lot of consumers. The physical home button / fingerprint scanner on the Mi 5 is really, really thin. The iPhone sports a circular home button, Samsung more or less releases devices with oval home buttons which are considerably thicker than the one on the Mi 5. Now, it remains to be seen how well will the fingerprint scanner function, but making the home button this thin actually allowed Xiaomi to make those bezels even thinner. Speaking of buttons, that physical home key is flanked by two capacitive keys which are actually customizable, so you really don’t have to use the capacitive menu key any longer if you don’t want to, that key is actually not there to begin with this time around, though you can assign any of the two buttons to act as a menu button.

Xiaomi implements their MIUI OS on all of their Android-based devices, and Mi 5 is not an exception. MIUI 7 will ship on top of Android 6.0 Marshmallow here, and that might be a negative thing for quite a few people. Previous iterations of MIUI mostly functioned great, but the skin / OS had a number of quirks which we’ve talked about in our reviews over the last couple of months (truth be told, those were mostly Chinese variants of Xiaomi devices). Not to mention that MIUI doesn’t exactly offer an app drawer, and looks considerably different than stock Android. That being said, this might even be a plus for some people, and truth be told, we haven’t used Marshmallow-powered MIUI 7 just yet, so we can’t say that it will have any of the issues we faced in previous iterations, even though this is still MIUI 7 we’re talking about. 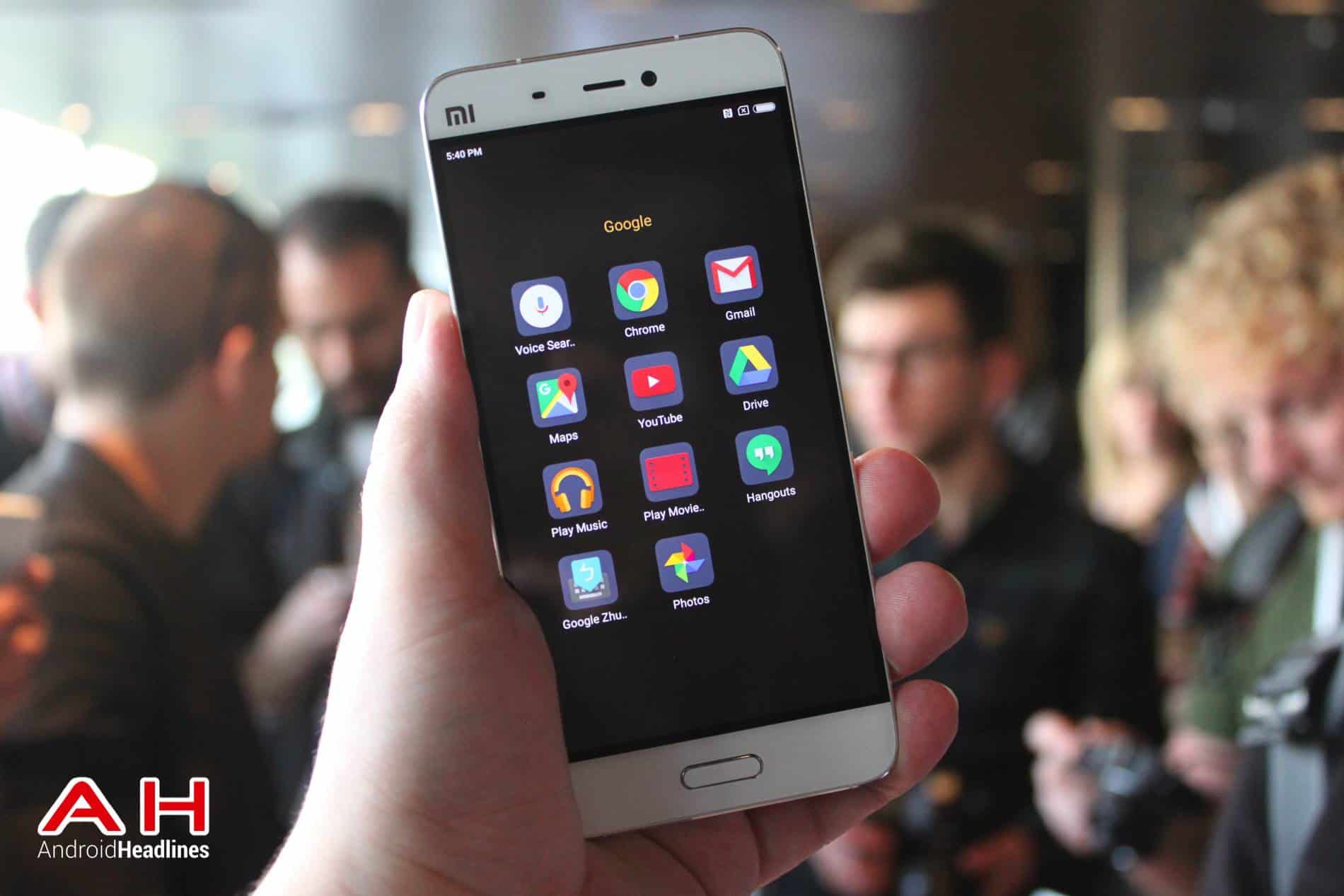 The software is our main concern when it comes to Mi 5, though as I already said, we can’t judge that until we review the device and see if Xiaomi fixed some of the previous issues. Now, the Mi 5 is a very compact device, mostly thanks to the 5.15-inch display, which might be too small for some of you. Some rumors were suggesting that Xiaomi plans to introduce the Mi 5 Plus which will sport a bigger panel, but that didn’t happen. Perhaps they intend on releasing the Mi Note 2 / Mi Note Pro 2 at some point this year, which will be their all-new phablet. Either way, if you expected MI 5 to sport a bigger 5.5+” panel, then you’re out of luck. Again, this really doesn’t have to be a negative side if you don’t need a bigger display, but it is certainly something worth pointing out here.

Now, I’m also going to mention that the Mi 5 resembles the Galaxy S7 at first glance, mainly because of the home button though. Xiaomi has pioneered the curved back design (3D glass), which Samsung now uses, so… I guess that the front half of Mi 5 looks like the Galaxy S7, and the back sides of Galaxy S7 sports similar design to Xiaomi’s Mi Note, Mi Note Pro and Mi 5 devices, at least on the first glance. This fact could be either positive, or a negative side for the company, but one thing is for sure, Samsung’s ‘Galaxy S’ brand is far more recognized (globally) than any of Xiaomi’s brands or products. 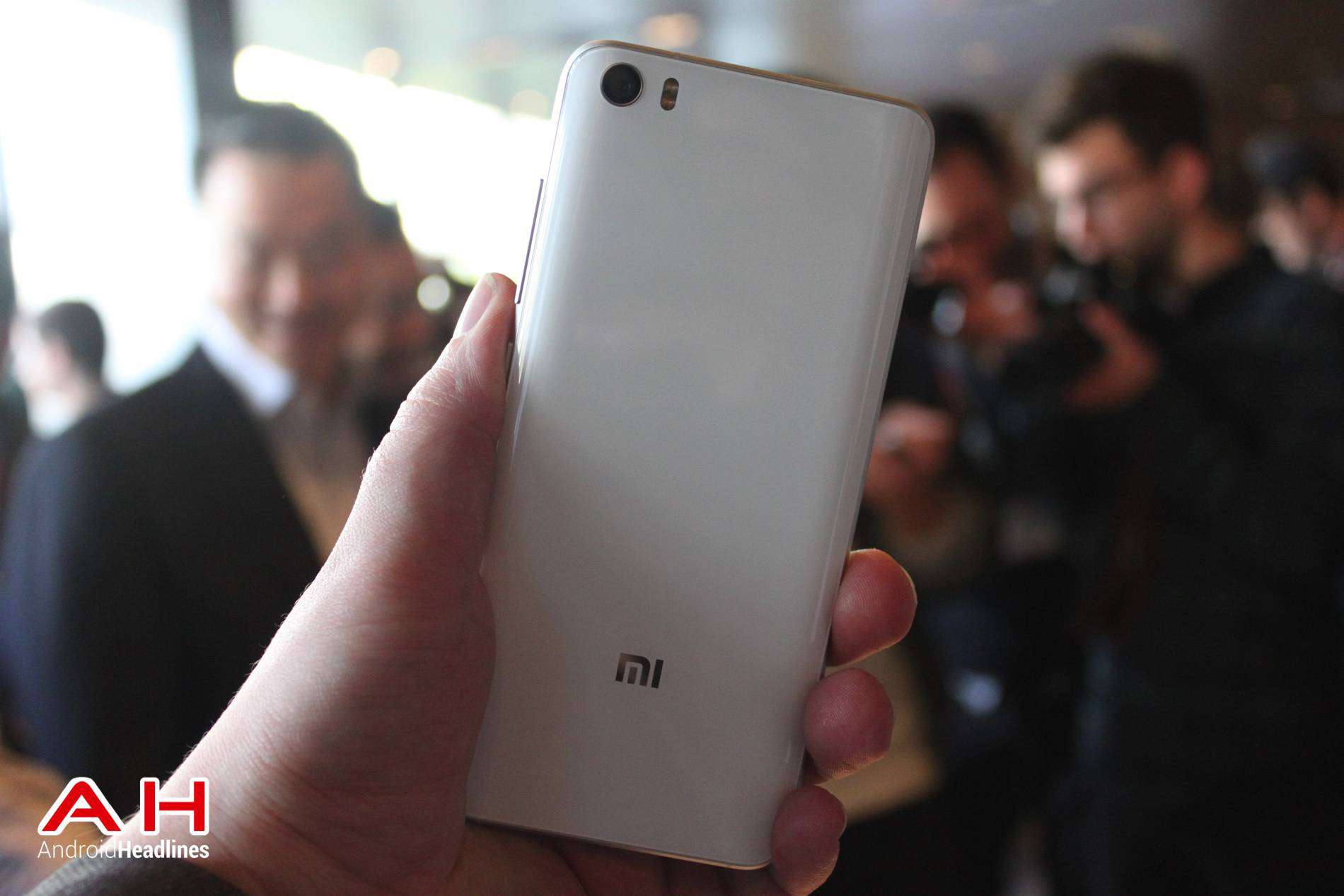 The Ugly / Wrap Up

Now, I don’t really think there’s anything worth listing here. The Xiaomi Mi 5 is a great product, especially for the price, it has its downsides, as every other phone does, but it is a compelling smartphone nonetheless. Well, if I really had to list something as a really, really negative side of this phone, it would be its availability. Xiaomi’s smartphone have an extremely limited availability at the moment, as they’re not officially available in Europe or the US. As previously mentioned, Hugo Barra did hint at expanded availability, but we don’t have any details as of now, and there are certainly quite a few consumers in Europe and the US who would like to get their hands on the Mi 5 / Mi 5 Pro. We do expect that Xiaomi will change this in the near future (before the end of the year), but we’ll see.