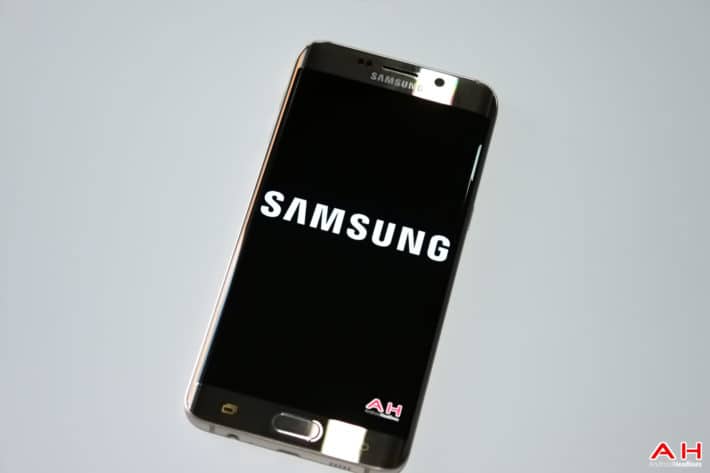 Despite the fact that the Galaxy S7, Galaxy S7 Edge and LG G5 are all set to be announced this week during events in Barcelona, the leaks and rumors certainly haven't slowed down. Earlier this month, LG themselves came forward to let the world know that the G5 will be launched featuring some sort of always-on display technology, which should allow minimal information to be displayed on the phone's display at all times. Technology like this has been used in devices like the Moto X line of devices before, and now it appears like Samsung's Galaxy S7 could be joining the party, too.

A new theme in Samsung's app store, created and added by Samsung themselves, dubbed "Cuzco" has surfaced, and one of the screenshots seems to suggest an always-on display. There's a screenshot of a completely black display with nothing but a few extra indicators and such on the display, which certainly looks like the sort of information that an always-on feature would display. It's been something of a head-scratcher as to why Samsung devices haven't included this sort of tech in the past, as AMOLED displays – frequently chosen by Samsung for Galaxy S devices – can turn off pixels at will. On an AMOLED display, when a pixel is black, it's essentially turned off, so displaying only a few lines of white text won't drain much battery, as the rest of the display is basically using no power at all.

As the theme is presumably available for the majority of Samsung devices, this sort of feature might end up working its way down to older Galaxy S and Galaxy Note devices in software updates, although Samsung doesn't have a track record of trickling down software. The feature could be launching with the Galaxy S7 simply to compete with LG, or it could be a hardware-specific feature that can only be supported by the new display controller inside the Galaxy S7. Regardless, we should find out for sure come this Sunday, as we'll be in attendance during their latest Unpacked event in Barcelona this Sunday.