The Mobile World Congress in Barcelona is right around the corner. This is one of the largest tradeshows in the world, if the largest one, and we’re about to see tons of exciting tech being presented there. It is worth mentioning that Samsung, LG and Xiaomi have already confirmed that they’ll hold press conferences during MWC; and have teased their new flagship devices. Samsung will, almost certainly, introduce their Galaxy S7 and Galaxy S7 Edge smartphones, while LG will unveil their LG G5 handset. The Xiaomi Mi 5 will also make an appearance, and Samsung and LG have actually scheduled announcements on the same date, February 21st, which is quite interesting. Tons of other companies will make an appearance in Barcelona, and we’re in for a yet another exciting show.

That being said, we already have plenty of prediction articles on our site. We’ve talked about Samsung’s flagships, products Xiaomi will possibly announce etc. Well, we’re here to do a roundup of sorts, we’ll talk about Chinese smartphone manufacturers in particular, and what can you expect them to announce during MWC. Various companies have confirmed that they’ll be at the show, but not many of them actually hinted and what can we expect them to announce. Xiaomi is one of those companies which will surely steal the show considering they’re announcing their new flagship, but what can we expect out of the rest of China and Taiwan-based OEMs? Well, let’s try to find out, read on.

Xiaomi is one of two largest China-based smartphone manufacturers at the moment, and the company has already confirmed that the Mi 5 will be announced not only on MWC, but in China as well, on the same date actually. Xiaomi will make this announcement on February 24th, and aside from the Mi 5, they might also introduce the Mi Drone that was mentioned quite frequently lately. You’ll be able to control the Mi Drone using your Mi Band fitness tracker, allegedly, though a smartphone app will quite probably also going to be announced. Keep in mind these are just rumors and we’re not entirely sure this is what Xiaomi will announce. Considering this is Xiaomi we’re talking about, it’s possible we’re in for something rather unexpected as well, we’ll see. 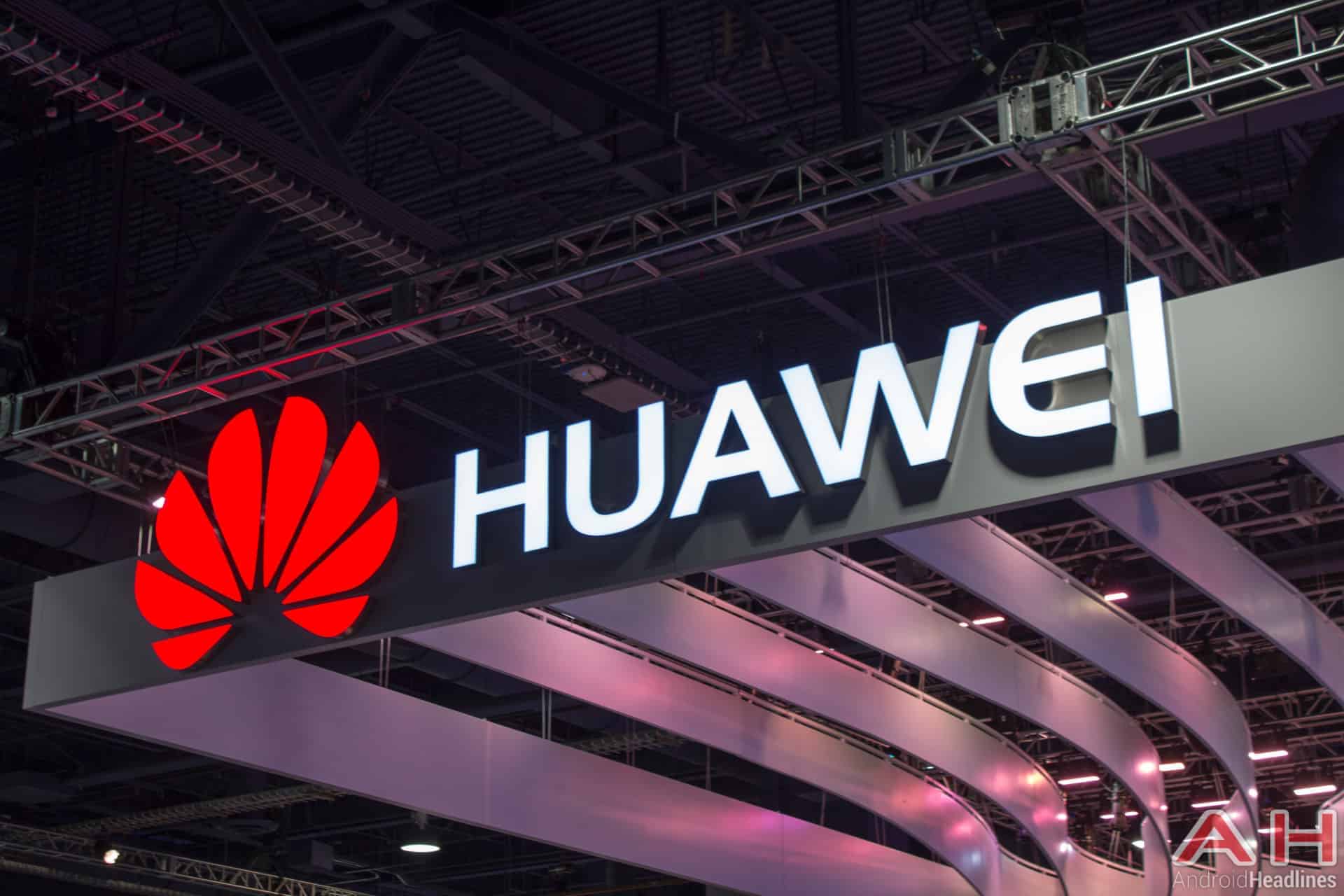 Huawei was incredibly successful last year. This company has managed to become world’s third largest smartphone manufacturing company, and has managed to sell 108 million smartphones. Huawei had plenty of announcements to share with us during CES (Consumer Electronics Show) in Las Vegas last month, so they’ll probably going to be significantly less active at MWC. Still, Huawei might introduce their next-gen TalkBand fitness band at MWC, and perhaps an entry-level or mid-range devices, perhaps even several of them. We doubt they’ll introduce the Huawei P9 which was rumored quite a few times thus far, Huawei will quite probably schedule a separate event for that in March or April. The Huawei Watch Android-powered smartwatch was introduced back as CES 2015, but it was released in September last year during IFA; so we doubt Huawei will be looking to introduce the Huawei Watch 2, though they might release a new variant of the Huawei Watch, additional colors maybe. 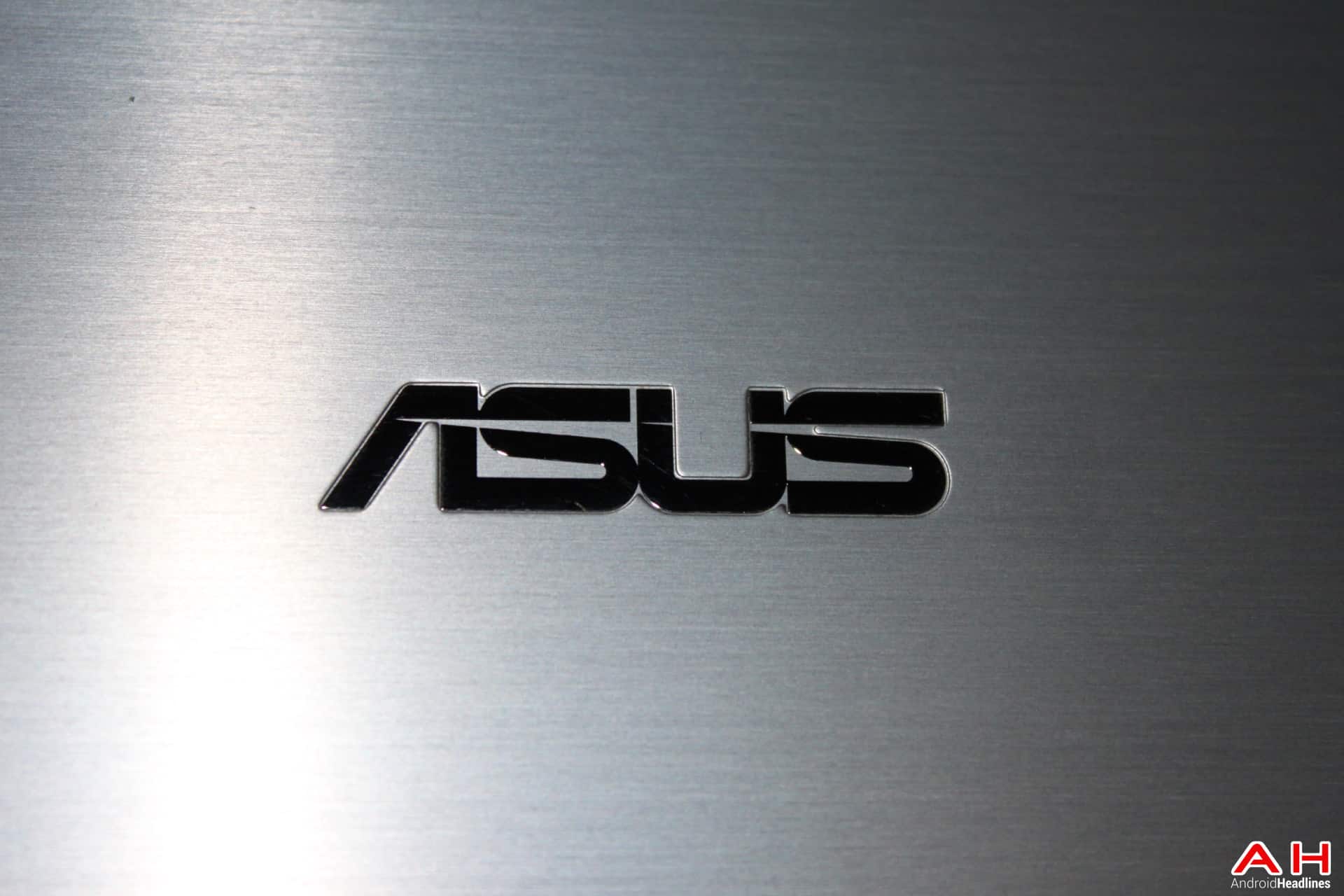 Asus is a well-known company, not only in the PC world, but in the smartphone world as well. The company’s ‘ZenFone’ devices were quite popular last year, they’ve managed to sell 20.5 million of those devices last year, while they’ve shipped out ‘only’ 4.4 million in 2014. Asus aims to sell 30 million ZenFone smartphones this year, and in order to do that, they’ll need not only to release quite a few compelling devices, but also announce their ZenFone 3 lineup as soon as possible. First ZenFone 2 devices were introduced back in 2015 during CES; so we’re wondering when will they introduce ZenFone 3 units, will it happen during MWC? Quite probably not, Asus will almost certainly going to schedule a separate event for this, their ZenFone units are quite popular at this point, and Asus probably wants to make big announcements separate from tons of new we’ll see at MWC. The company will quite probably bring tons of ZenFone units and showcase them during the Mobile World Congress, but we don’t expect any major announcements from Asus later this month.

Acer hasn’t exactly been announcing many Android-powered smartphones lately. This company has introduced several Chromebooks and a couple of Windows-powered devices, but not many Android-powered units for quite some time now. So, will they make a big announcement during MWC? Well, that’s hardly likely, we haven’t really seen any potential rumors or leaks regarding Acer’s products which might get announced at the Mobile World Congress, but we do expect them to announce something considering they’ll be present on the show floor. So, what to expect? Well, quite probably IoT stuff, at least that’s what we believe we’ll see out of Acer later this month, but Acer might surprise us, we’ll see. 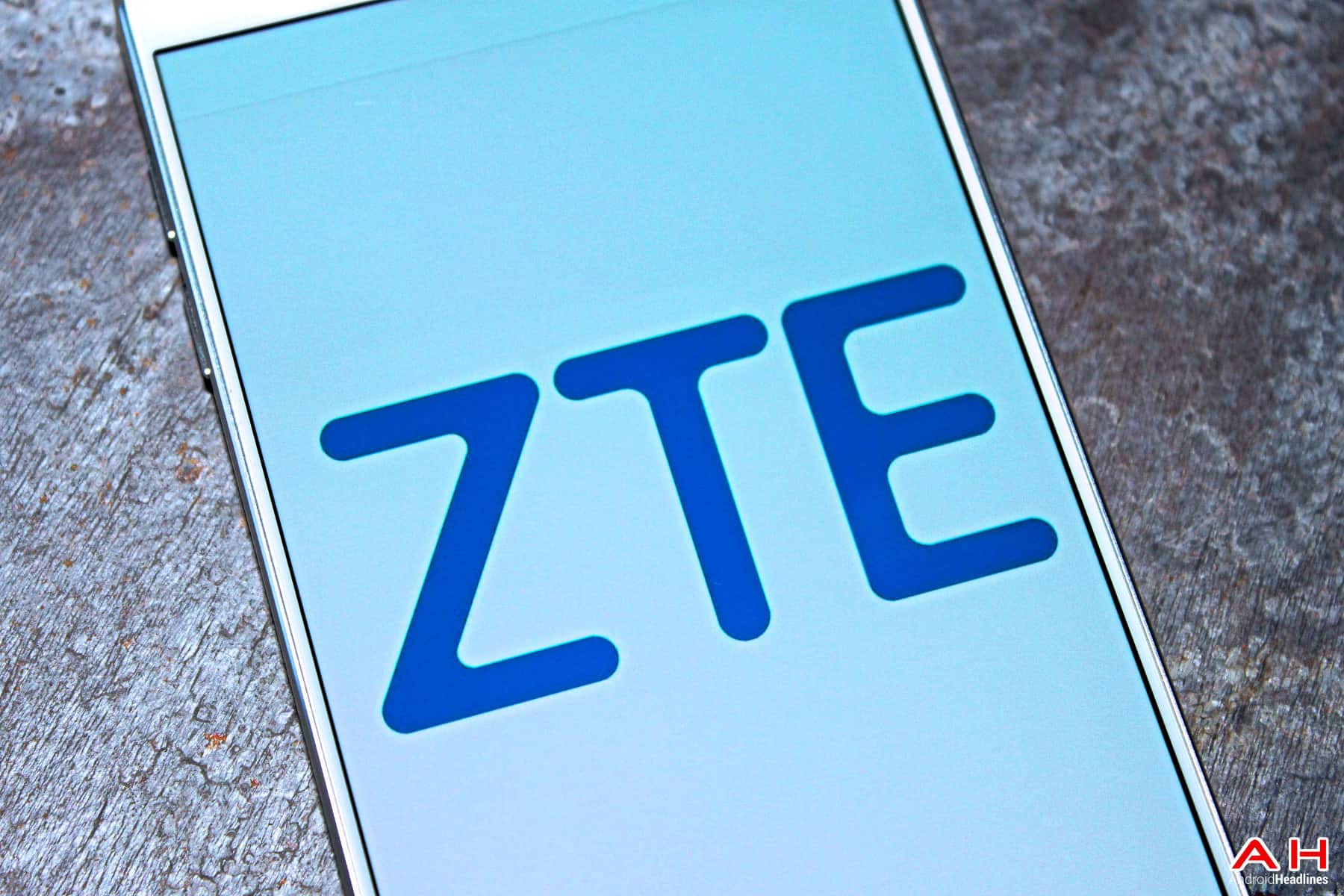 ZTE has showcased their already released Nubia and Axon products during CES last month, and we’ve also seen a glimpse of the company’s upcoming Nubia Z11 flagship. So, will the Nubia Z11 going to be announced during MWC? Well, quite probably not. Nubia, ZTE’s subsidiary, has introduced the Nubia Z9, Nubia Z9 Mini and Nubia Z9 Max at a separate event in China in March last year. Now, Nubia wasn’t exactly a global company, but it was announced during CES last month that the Nubia.com site is live, and along with that the upcoming global presence of Nubia’s devices. So, even though it’s possible they plan to introduce Nubia devices at MWC this year, we do believe they’ll want to hold a separate event like many other companies out there. Much like Xiaomi, Nubia will want to hit both China and the rest of the world with this announcement, and it’s possible they’ll hold an event both in China, and somewhere in Europe / US at the same time at some point this year. Chances are we’ll see the Nubia Z11 smartphones announce in the next month or two, so stay tuned for that.

So, we’ve been seeing quite a few rumors and leaks regarding HTC’s upcoming flagship, the HTC One M10 aka ‘Perfume’. HTC is expected to announce this phone soon, but considering the fact Samsung and LG will probably steal all the attention during MWC, chances are HTC will wait with this announcement until next month. We’ve seen several reports that this Taiwan-based company plans to introduce their new flagship next month, and that it might go on sale in April. So, can we expect HTC to introduce something during the trade show? Well, yes, but we doubt that HTC will aim to make a huge announcement later this month. The company has been betting big on VR, so the HTC Vive VR headset will quite probably be present at the show, and HTC will almost certainly bring along the One A9 and One X9 smartphones to let people try them out and promote them at the same time.

OnePlus has managed to get the attention of consumers last year when they introduced their second-gen flagship, the OnePlus 2, and the mid-ranger OnePlus X smartphone. Both of these phones have been available for quite some time now, and are now available invite-free for those of you who want to purchase them. We’re still not sure if OnePlus intends to come to the Mobile World Congress, but one thing is for sure, they won’t be making any major announcements at the show. OnePlus 3 will be announced later in the year (quite probably July), and OnePlus X’s successor will arrive in Q4 quite probably. If we get any additional info regarding OnePlus, we’ll make sure to let you know, but if they come to the Mobile World Congress they will quite probably just showcase their current lineup. 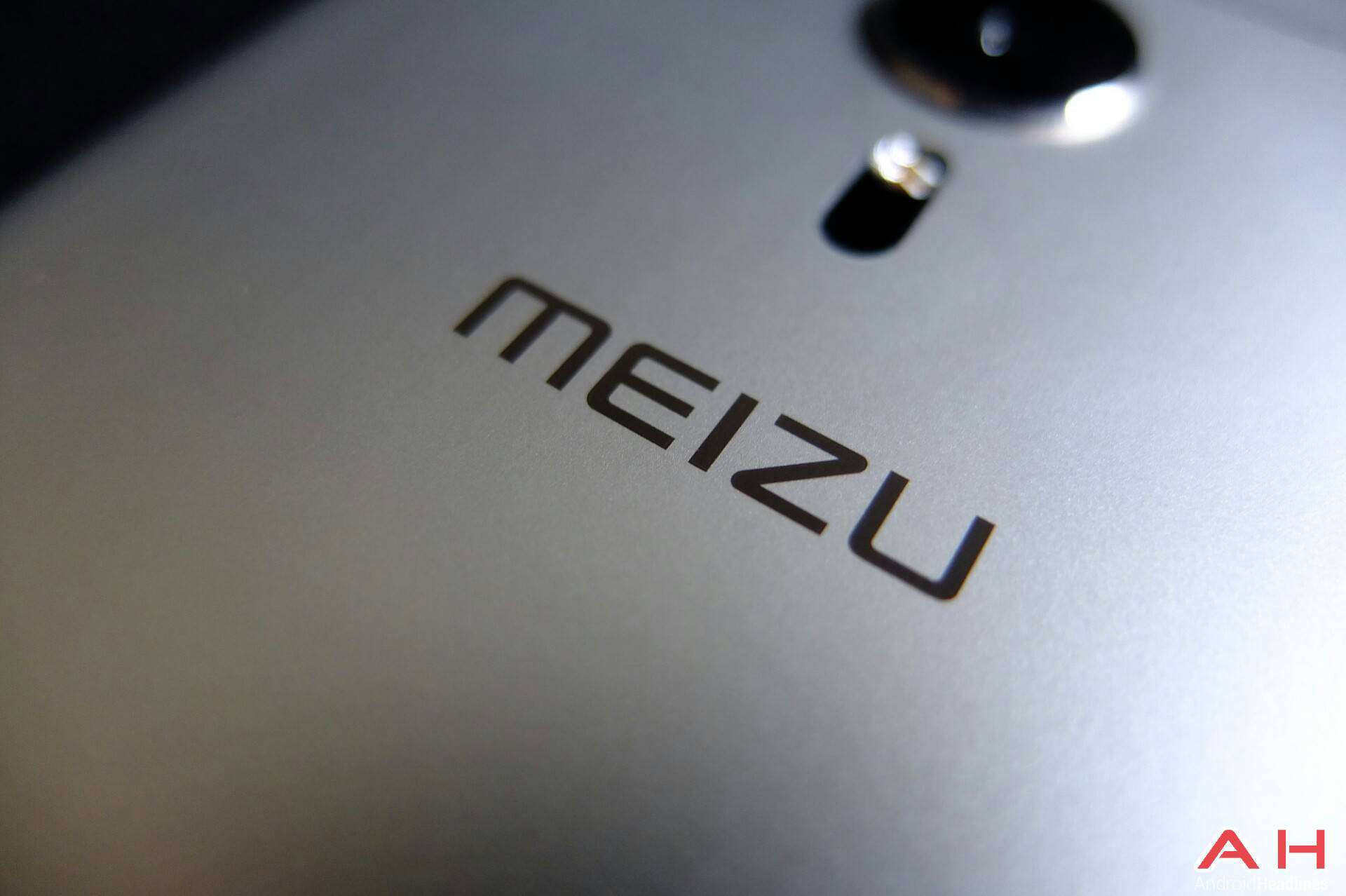 Meizu is one of the fastest growing smartphone manufacturing companies in the world. This China-based company has released a couple of really compelling devices last year, lead by their PRO 5 flagship. Now, Meizu will be present at the Mobile World Congress (MWC) in Barcelona, but we’re still not sure what will they announce over there. There are several possibilities actually, they might be planning to introduce the long-rumored PRO 5 Mini handset, or perhaps a Ubuntu-powered PRO 5. This company has introduced Ubuntu-powered units in the past, and it is possible that they’re planning to re-release the Meizu PRO 5, but this time with Ubuntu installed on it instead of Android. We’ll just have to wait and see what happens, stay tuned.

Lenovo has been releasing smartphones for quite some time now. They’ve been mostly focused on India lately, but according to latest reports, the company might introduce a new smartphone during the Mobile World Congress in Barcelona. According to what we’ve heard, this might even be a high-end device made out of metal, but unfortunately we don’t exactly have the details at the moment. Other than that, they will quite probably only showcase their already announced products. Either way, Lenovo is quite a mystery at the moment, which might even be a good thing, it certainly makes things interesting. 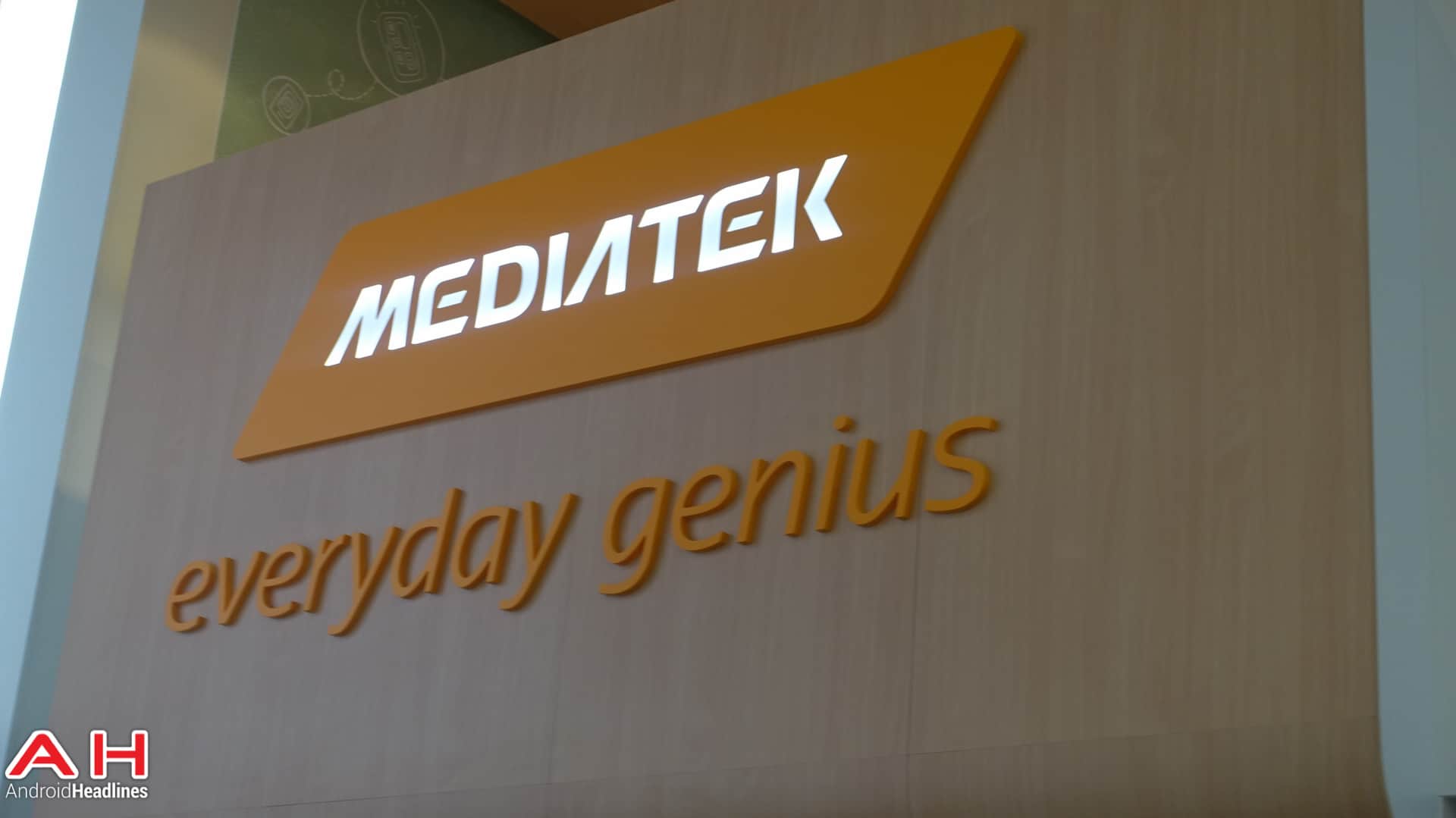 MediaTek isn’t a smartphone manufacturer, but a mobile SoC manufacturing company. MediaTek will make an appearance at the show, but we still don’t know what to expect. Their Helio X20 flagship SoC has already been announced, but it hasn’t been released to smartphone manufacturers just yet, so is MediaTek planning to make the SoC officially available during the show? Well, it’s possible, but it’s more of a guess than anything else, we haven’t really heard anything regarding this thus far. Other than that, MediaTek will quite probably talk about their already announced lineup of devices during the show.