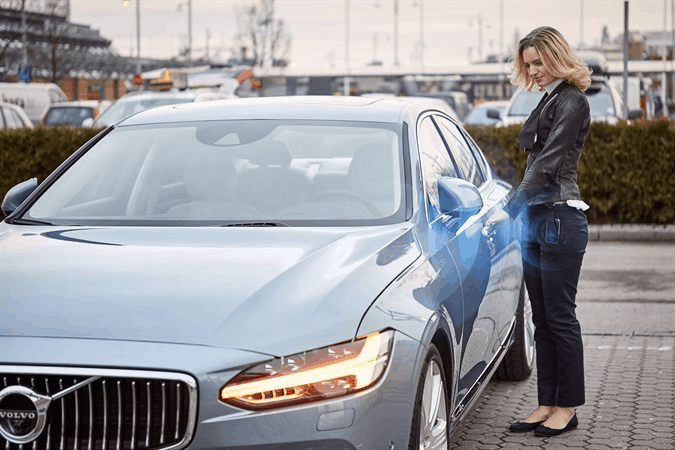 The automotive industry might be known as one that steadily evolves over long periods of time, but more recently there's been a whole lot of innovation and experimentation going on. Most likely spurred on by Google's efforts with self-driving cars and Android Auto, auto makers are looking to bring their vehicles into the 21st Century, even if it has taken them 15 plus years. The humble key is something that saw steady and gradual evolution, into something that now might be everything but a key in terms of looks, while offering the same functionality. Many cars from the last few years have included wireless key fobs of some sort, but Volvo is looking to take things further and make it simple for users to unlock their cars with their smartphones, over Bluetooth.

While not expressly named, it appears that Bluetooth could be the only way that Volvo achieves their end goal of becoming "the world's first car manufacturer to offer cars without keys from 2017". In their official announcement, Volvo details an easy-sharing method using the Volvo app, by sending the digital key to family or friends and allowing them to unlock the car with their own phone. To do this, it's unlikely Volvo will manage to get all the major car manufacturers onboard to adopt a proprietary wireless transmission specification. Volvo have bigger aspirations for the technology than just easy-open for drivers, and have said that it could revolutionize the car hire business, giving renters an even more independent manner in which to pick up a hire car.

Of course, right now this is the thing of dreams, as this is just a concept, an idea. Volvo aim to have the technology ready for cars launching some time in 2017, which is a long way off. This is the sort of thing that could bring smartphones and cars closer together in genuinely useful, yet subtle ways and we wouldn't be surprised if we saw other manufacturers announce similar solutions throughout the rest of the year. For now though, Volvo fans will be able to go completely-keyless with their next Volvo.