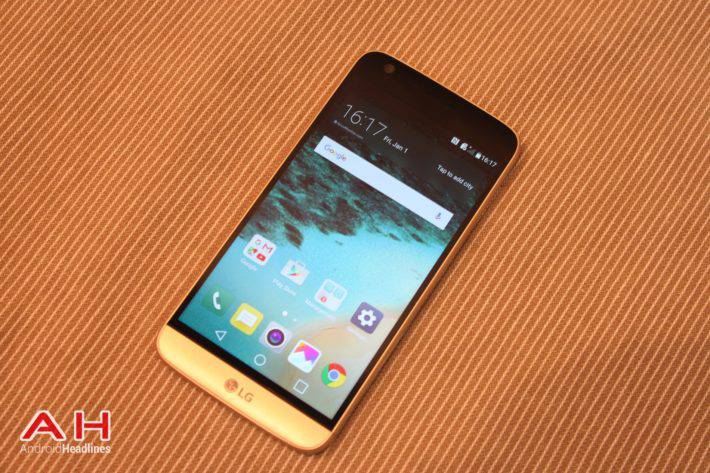 After all the rumors, leaks and speculations, LG Electronics has finally made its latest flagship smartphone official. The LG G5 was unveiled by the South Korean consumer electronics major earlier this Sunday at the Mobile World Congress (MWC) in Barcelona, Spain. The device is now the first ever mainstream modular smartphone, which is admittedly quite a feat for the company seeing as multiple modular smartphone projects have fallen by the wayside over the years for one reason or another. With interest surrounding the G5 reaching fever pitch, multiple wireless carriers around the world are rushing to offer the device on their networks, and leading telecom companies in the UK are apparently no exception either.

No sooner had LG announced their latest and greatest smartphone, than three of the largest UK-based telecom service providers, namely – Vodafone, EE and O2 – all announced that they are going to start offering the device on their networks at some stage in the coming weeks and months. None of the companies, however gave any details as to when they expect stocks to arrive at their warehouses. In keeping with the times, all three companies announced their decision on Twitter, and while Vodafone tweeted that the device will be "coming soon to Vodafone UK", EE actually tweeted about setting up a webpage for users to register their interest in the upcoming device from the South Korean OEM.

While the concept of modular smartphones is nothing new, multiple attempts at launching one commercially have met with little success over the years. In fact, past concepts like Dave Hakkens' PhoneBloks, the one that started it all, along with crowdsourced projects like Fonekraft and PuzzlePhone are all yet to see the light of day, as is Google's own Project Ara, which started life under Motorola and was supposed to have its pilot launch in Puerto Rico last year itself. Either way, the G5 is unquestionably the very first commercially launched mainstream modular smartphone, which should address often mentioned concerns regarding the alleged lack of innovation in the smartphone sector over the past few years or so. It now remains to be seen if the novelty factor of a customizable smartphone can help LG knock Samsung and Apple off of their perch, but the company that has often lived in the shadow of fellow South Korean tech giant Samsung Electronics, will sure hope so.