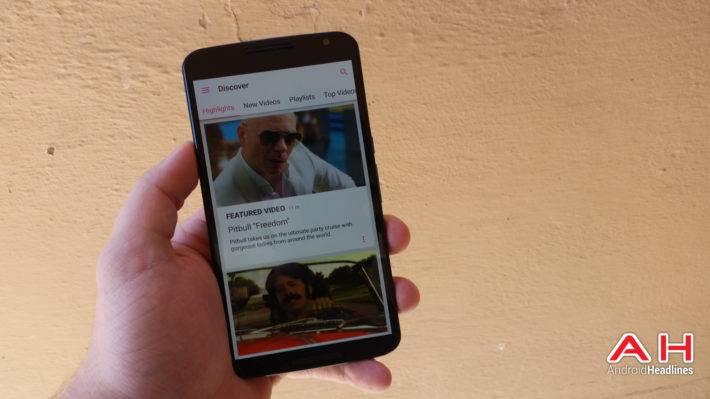 Some of our users may be familiar with music video provider Vevo, who pops up often on YouTube and, for a while now, has had their own app. The app has always been about artist and song discovery and promotion, but has historically been a bit on the barebones side. A while back, the iOS version of the app got a total UI revamp meant to add more personalization and automation features to Vevo, allowing users to do things like pick favorite artists and receive curated playlists. An update rolling out on February 11th brings that same revamp and feature set to the Android app, as well as making some improvements to the Apple TV version.

One of the bigger changes is the addition of "Favorites" and "Spotlight" modes. In Favorites, a user can pick favorite artists and songs to create a personal list of sorts. This can function as a personal playlist, but its real value is in the Spotlight section. In Spotlight mode, the app pulls from a user's favorites selections and curates a custom music feed for them. As a user continues to watch and favorite videos, the Spotlight features learn more and more about their tastes, ultimately gaining the ability to introduce them to new artists and help them discover new songs by favorite artists. Basically, through normal usage, the app learns more about a user and becomes more and more personal over time.

Vevo's product VP, Mark Hall, chimed in on the app, saying that this update was centered on making Vevo "more relevant and more useful for more people." He also noted that this update is part of  an "iterative effort on making [their] products better every month." Presumably, this means that Vevo's app and service will continue to improve, both through updates such as this one and under the hood, each month from here on as the platform makes a bid to get back into the spotlight. Vevo is far from dead, but is no longer one of the top music streaming services out there, especially with the advent of YouTube Red. If you'd like to try out the brand new Android app for yourself, hit up the source link and give it a download.