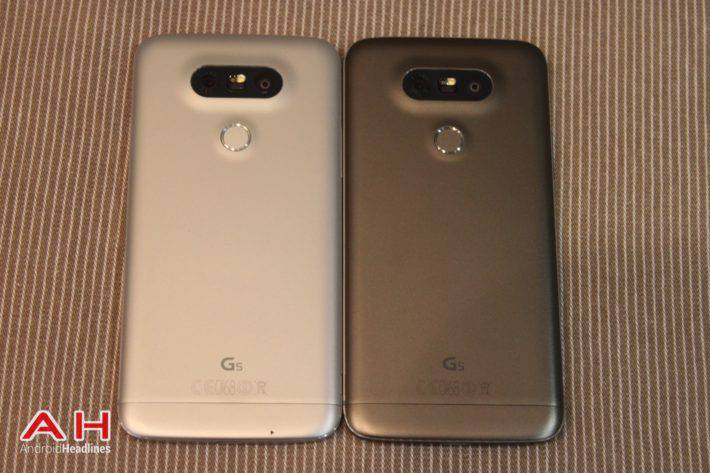 LG is on stage right now announcing the LG G5 as well as all of its modular features that are also available with the device. As many of the rumors pointed at, the LG G5 is modular and means that you can add all sorts of things like a fresh battery, a camera controller and much more. The LG G5 has a lot to like as well, with its all aluminum unibody design, as well as the 5.3-inch 2560×1440 resolution display, Qualcomm Snapdragon 820 processor, 4GB of RAM and a 2800mAh battery.

Now LG has said that the LG G5 will be coming to "key markets" in April. They haven't really announced carrier availability yet, at least in the US. However, Verizon has just published a blog post stating that they will be carrying the LG G5 "this Spring". No further information as to exactly when the LG G5 will be available at Verizon, nor what the pricing will be for the device. It should be priced similar to the other flagships on Verizon's network right now. It'll likely be offered for around $0 down and around $20-25/month. LG themselves haven't announced pricing just yet either. That will likely happen as we get closer to the LG G5 being available.

This is LG's fifth generation of the G series and they decided to change things up here. Gone are the rear-mounted volume keys and the power button. Instead that's now on the side of the device. LG has also gone with a two-camera setup on the back with the fingerprint sensor below it. LG did decide to keep the removable battery as well as the microSD card slot. So you can add in SanDisk's 200GB microSD card onto the LG G5, to expand its 32GB of storage even further. However, it's unfortunate that the LG G5 has decided against adoptable storage, which debuted in Marshmallow from Google. Something that may change before release, but as of right now, it's pretty unfortunate for those that want and/or need more space.

We have yet to hear from T-Mobile, Sprint or AT&T about them carrying the device. Although it would be surprising if they weren't.