Since Samsung’s flagships are always highly anticipated, the devices that will be officially announced in just a couple of days have been the subject of many rumors, leaked documents, and images. We pretty much know what to expect from them and only two variants are supposed to be announced, the regular Galaxy S7 with a flat screen and the Galaxy S7 Edge with a curved display which will be larger this time around. Still, both phones look very similar to their respective predecessors, because it seems that the company will once again build them using glass in their front and back and a metallic frame holding everything together.

Samsung has been teasing the audience with some videos and campaigns which might hint at some of the features that the new handsets will include. Meanwhile, the company must be certainly training carriers and retailers to prepare them for the launch of the Galaxy S7 lineup. Now, it has been reported that some UK carriers are already getting some promotional banners for these devices. The above image is supposed to be from carrier Three and apparently, EE has received their banners as well. If the available information regarding both smartphones is accurate, Samsung is attempting to fix the very few things users didn’t like about last year’s flagships. The Galaxy S7 handsets are supposed to bring back water protection to their hardware as well as expandable memory through microSD cards. The battery will not be removable once again, but it will be larger in order to provide better battery life. Samsung wouldn’t want to lose the opportunity to promote their new handsets, so the point-of-sale banners might start appearing shortly after the official announcement.

As for the banner from Three, it contains the names Galaxy S7 and Galaxy S7 Edge as well as the render of both devices. It can also be read “Get it 3 days early. Pre-order now.”, so apparently those who place their orders from this carrier before the phones officially launch, will get it a little sooner than everyone else. The launch date for Europe and the U.S. is rumored for March 11, and pre-orders could go live after the official announcement, which will take place two days from now, on February 21. 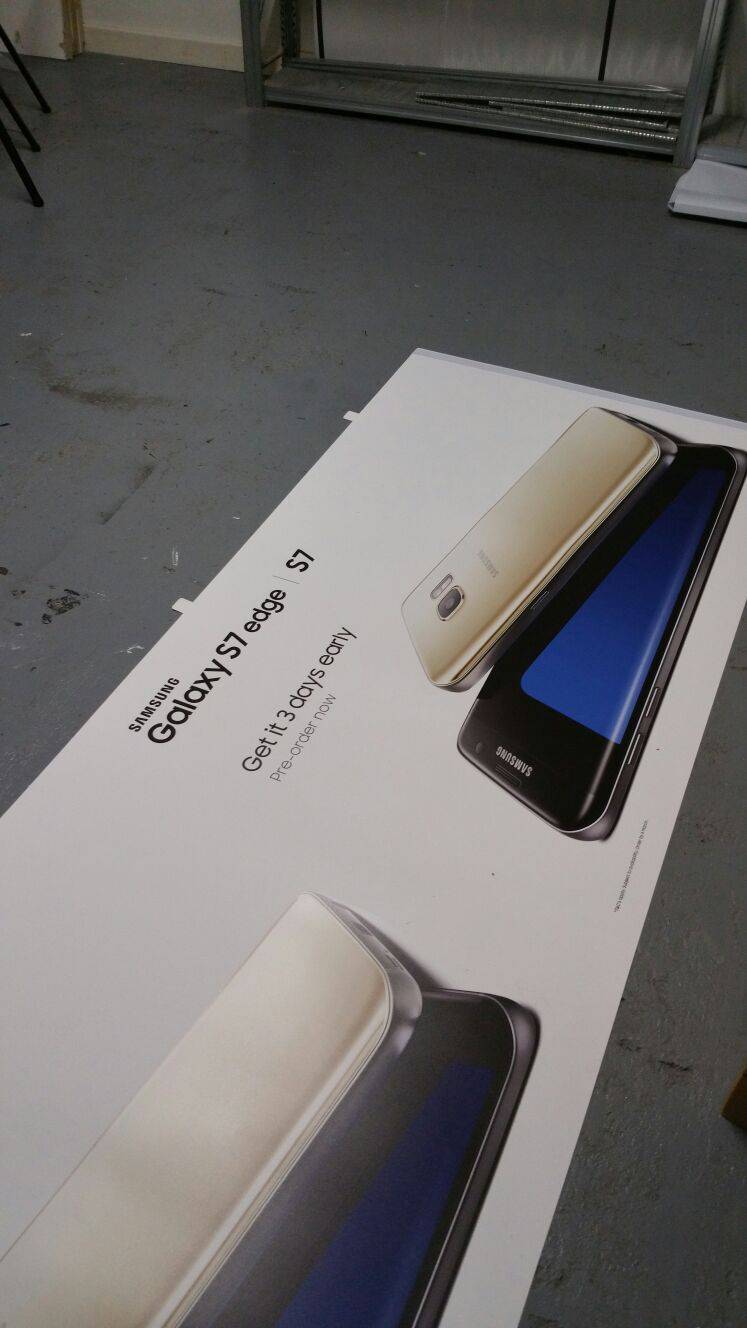