Wireless carriers in the United States, especially the Big Four, have been competing fiercely in just about every area of the business. Price and value, network and customer service have all been steadily improving as the carriers vie for dominance of the market, with the shadow of March's spectrum auction looming over the U.S. wireless industry. The carriers often conduct their own testing and measurements, though they sometimes recruit outside authorities to measure things like speeds and network coverage. Users can always take the information gathering and compiling into their own hands, of course, using apps such as Sensorly. One metric, customer service, is measured in an objective manner by J.D Power and Associates, a subsidiary of McGraw Hill Financial. Year on year, wireless carriers are measured by methods such as customer surveys, store reviews and phone call monitoring to give each of them a customer service and care rating.

This year, T-Mobile took home the gold among the full-service carriers, netting a full five medals, or 802 points out of 1,000. AT&T trailed by a mere 2 points, also getting five medals. Verizon managed 786 points, while Sprint came in at 755. With the average being 788 for the industry, the bottom two lost some extra clout for falling below that, getting Verizon three medals and Sprint two. J.D. Power's medals have rankings attached to them, with 5 medals indicating a carrier is among the best, four for better than most, three for about average and two for "the rest".

Among the prepaid carriers, Virgin Mobile scored 770 points, earning them five medals. Cricket and Boost Mobile also joined the five medal club, with 765 and 762 points, respectively. MetroPCS was the sole member of the four medal category with 751 points. Nobody got in the three medal club, where the average score was 738 points. Among "the rest" in the two medal club, Net10 sat at 699, Straight Talk got 693 and TracFone rounded things out with 689 points. Nobody in either category managed to sink into single medal territory. Averages this year were up 7 points for the full-service space and 13 points for non-contracts. Data also indicated that millennials, the 20-30-somethings born through the 80's and 90's, were the biggest users of customer service relations, most often citing billing issues of some sort and getting their problem resolved in one contact. 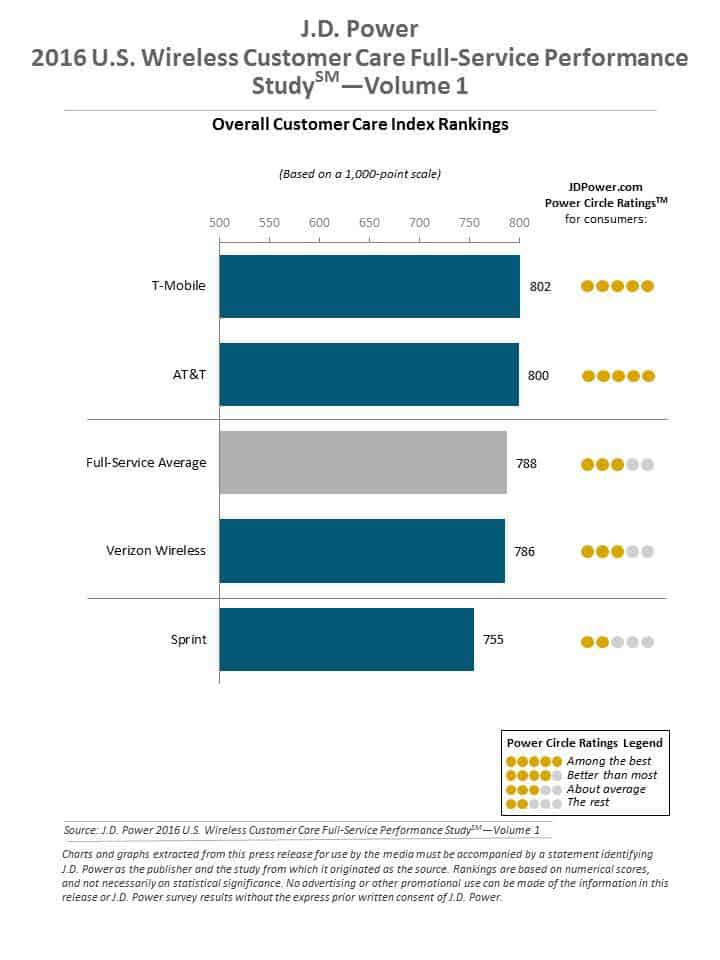