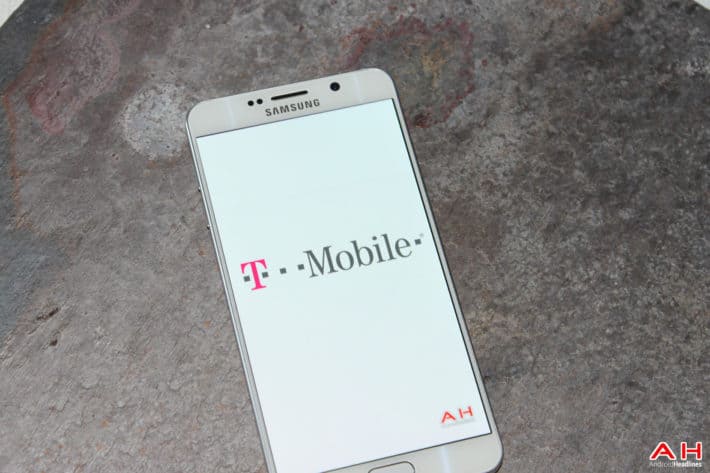 Network performance during Super Bowl 50 at the Levi Stadium was a hot topic leading up to the game, during and even now that it's all said and done. Sprint launched a line of promotions centered around the big game, called #SuperBold50. Verizon pumped a good $70 million into their network in the San Francisco Bay area. T-Mobile did their normal amount of posturing with their own #BallBusterChallenge and a Super Bowl ad that could only be described as very T-Mobile, but largely kept their cool. According to statistics that T-Mobile CTO Neville Ray discusses on his blog, Magenta didn't have much reason to sweat the rush leading up to game day.

According to data collected from Ookla's own Speedtest app, T-Mobile's network speeds topped the big four during the big game, with big spender Verizon rounding out the bottom of the group. Average speeds for T-Mobile customers sat at 39.5 megabits per second, while AT&T customers got 38.4, Sprint customers got 38.1 and Verizon customers got nearly half of the top speed, sitting at 17.9. With those speeds and the number of customers at the game, Ray cited that T-Mobile customers blew through roughly five times more data at the stadium this year, when compared to the previous year. Social media and video dominated usage for the day, with 29 percent of T-Mobile usage going to social media and another 29 percent going to video.

Ray went on to call out the other members of the big four for using inaccurate, outdated or otherwise invalid data sources for their network claims. He claims that Rootmetrics, a firm used by Verizon, outright ignores a large number of T-Mobile's recent network improvements in terms of features, speed and coverage. Sprint, meanwhile, uses data from Nielsen, which consists of a fairly small selected panel of users. Ray claims that both of these approaches paint an unfair and incomplete picture in some way or another and aren't as trustworthy as real-time, user-sourced data like Ookla's Speedtest, which was used during the Super Bowl. He capped off the post with a few facts about T-Mobile's network, such as the launch of Extended Range LTE into 300 metropolitan areas and expansions of coverage. He also lays out a stinger, pointing out that 6 million AT&T customers and 5 million Verizon customers made the jump to T-Mobile in the past two years. 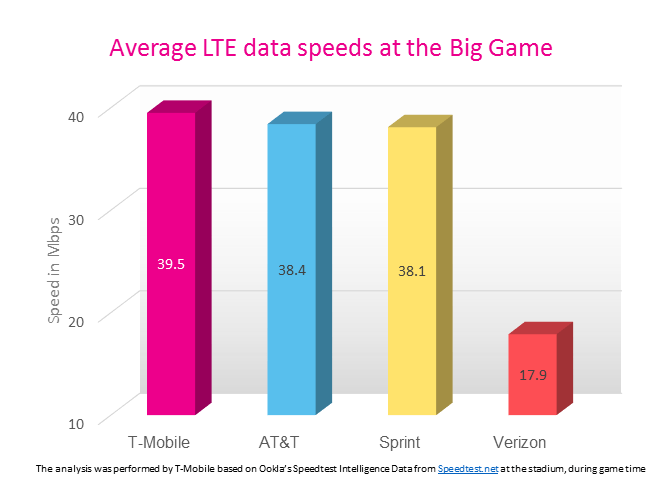