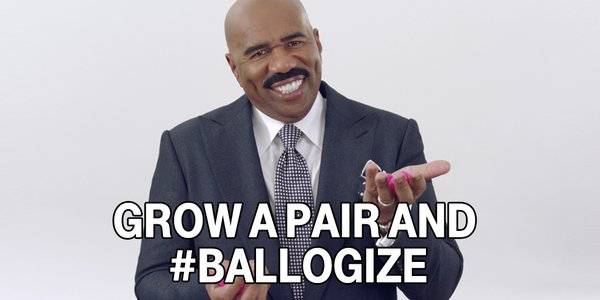 Lately, Sprint and T-Mobile have been airing their own versions of Verizon’s “balls” commercials. Verizon’s commercial uses data from RootMetrics, that is actually about a year old. So it’s easy to see why T-Mobile and even Sprint weren’t too happy with that commercial. T-Mobile has already released a couple of them ahead of the Super Bowl. But last night during the Super Bowl (where the Denver Broncos beat the Carolina Panthers giving Peyton Manning his second Super Bowl ring), T-Mobile aired a new “balls” commercial starring Steve Harvey.

The commercial plays off of Steve Harvey’s infamous mistake during the Miss Universe pageant where he named Miss Columbia as the winner, when she was the first runner up and the winner was actually Miss Philippines. We’ve seen all sorts of memes and such since that happened, making fun of Steve Harvey. But now he’s making money off of his mistake in this latest commercial. In the commercial he says “It says right here on the card: T-Mobile doubled their LTE coverage in the last year.” And then continues that “Verizon got it wrong! Yes! Not me!” Perhaps the funniest commercial of the night last night, and definitely one that is going to be talked about for quite some time. T-Mobile and Steve Harvey are also using the hashtag #Ballogize. Saying to “Grow a pair and #Ballogize”, combining “apologize” and “balls”. A bit of a weird hashtag, but it seems to have been working for T-Mobile so far. Looking at everyone’s responses on Twitter, it appears that T-Mobile and Steve Harvey had the best commercial.

T-Mobile also aired their Drake commercial which plays off of his hit ‘Hotline Bling’, where executives from the other carriers are adding in the small print to his song. That commercial we all saw ahead of time, as T-Mobile put it up on YouTube and also used it as an ad on Instagram – who recently launched 60-second ad videos. It was a pretty decent commercial, but many would think that the Steve Harvey commercial is much funnier and better.

You can watch the full 30-second commercial with T-Mobile and Steve harvey down below.