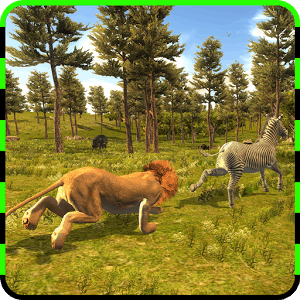 If there's one theme in gaming that has become a fun pattern of releases over the past few years, it's simulator games. Wild Life – Lion is a simulator game for Android that allows people to control the King of the Jungle, wondering a wide open forest as a Lion. Players can go about their business however they want to when playing Wild Life – Lion, but will be rewarded for fulfilling certain quests and taking on powerful boss enemies and stronger animals. Similar to the Goat Simulator's approach of allowing players to do whatever they want, however they want this is a great game for those looking for something different, as well as those interested in wild life and such.

Wild Life – Lion can be downloaded for free from the Play Store, and there's only one download to worry about, so once players have it installed they can just get started. 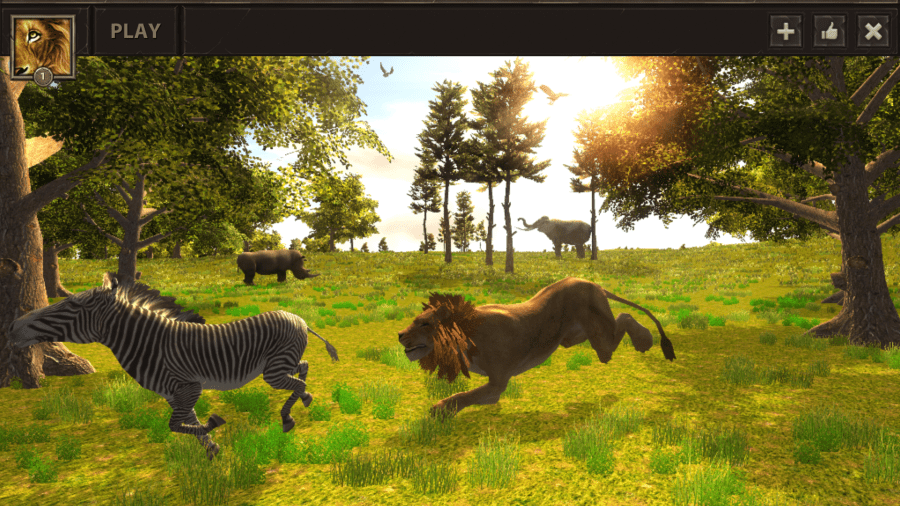 One thing I quite liked about Wild Life – Lion was its hands-off approach, you're placed into this forest and then given a couple of quests, and that's it. I liked this freedom approach, but some other might have preferred some hand-holding to get started. 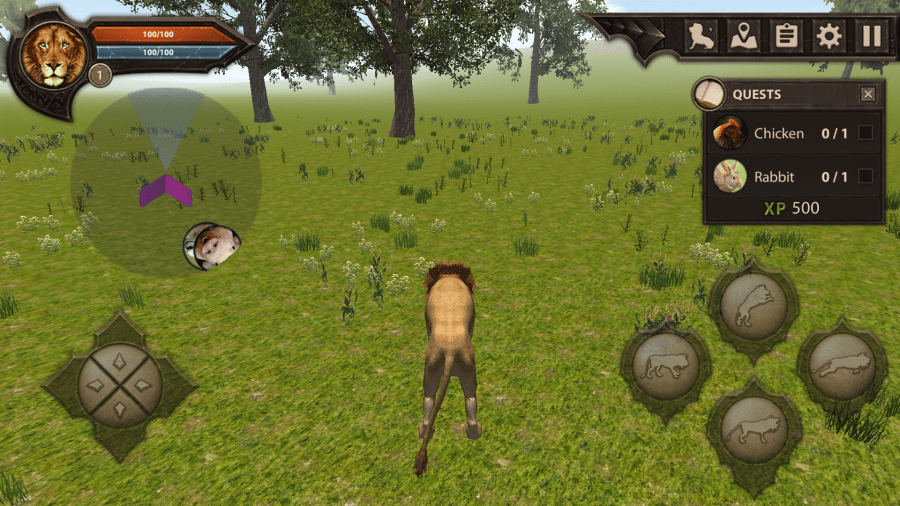 The mini-map in the corner of the display makes it nice and simple for players to see where they're headed, and once you've found your prey a health bar of the animal will appear above the 3D figure showing you how much longer the animal has left. 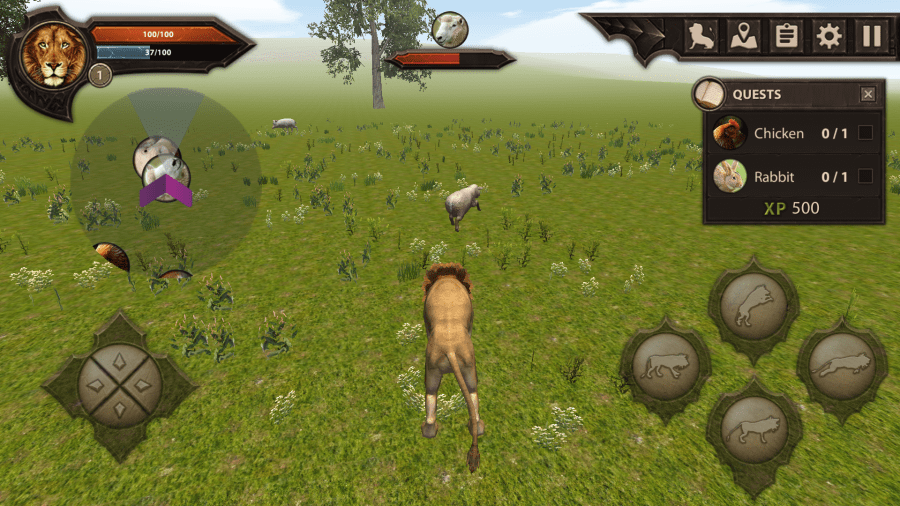 One thing that I didn't like about the buttons is that while two of them are fairly self-explanatory, it's hard to figure out what is run and which is attack. Of course, it;'s easy to remember, but some indicators would be nice to see here. 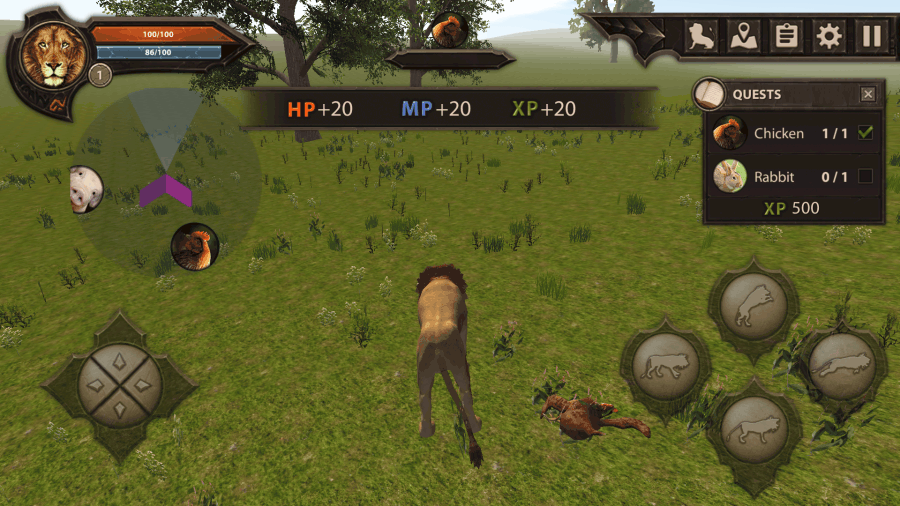 Killing different prey will restore more of your health and award you more XP as well, these can go towards upgrading certain skills. 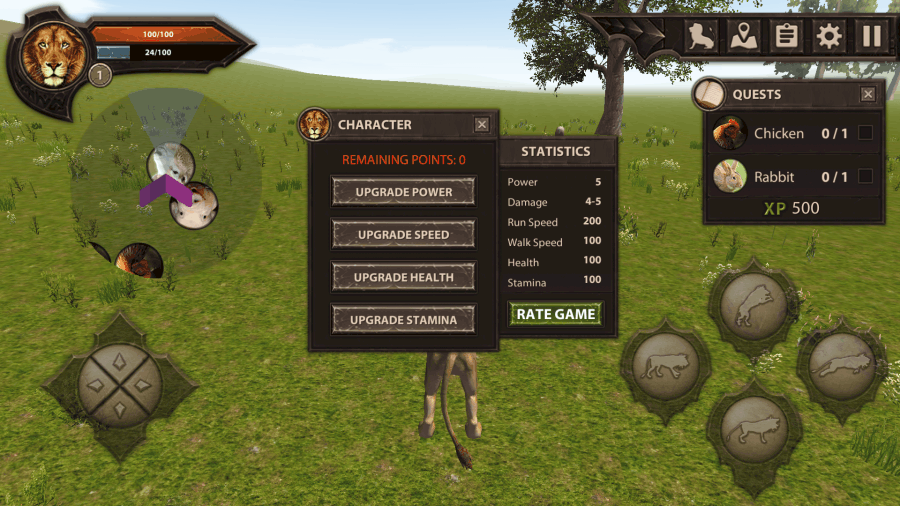 Finishing quests is the best way to gain more XP to upgrade your skills, and to make things easier there's a simply-understood world map for players to take a look at when trying to find their next prey. 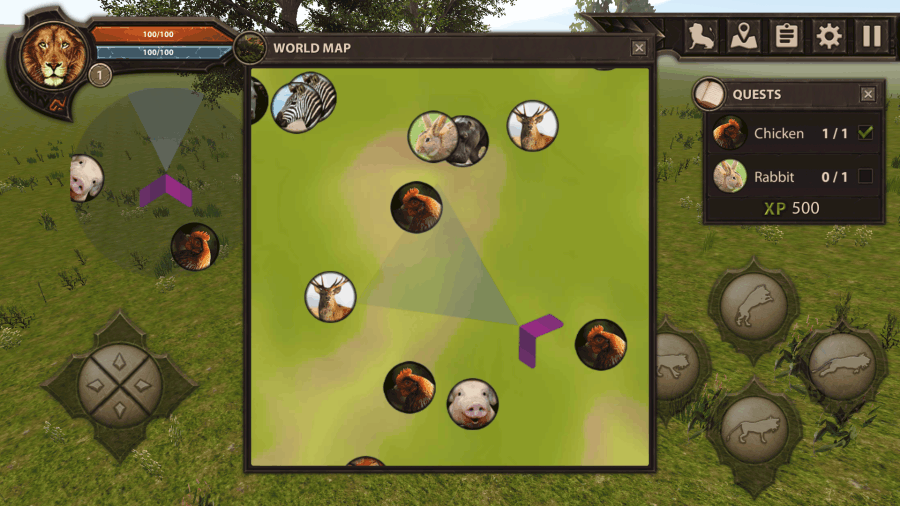 This is a pretty simple and standard map to follow, and it ties in nicely with the focus on freedom of exploration. I spent some time exploring the forest, and as I was heading toward a Rabbit, I cam across my first enemy that would fight back; a Hippo. 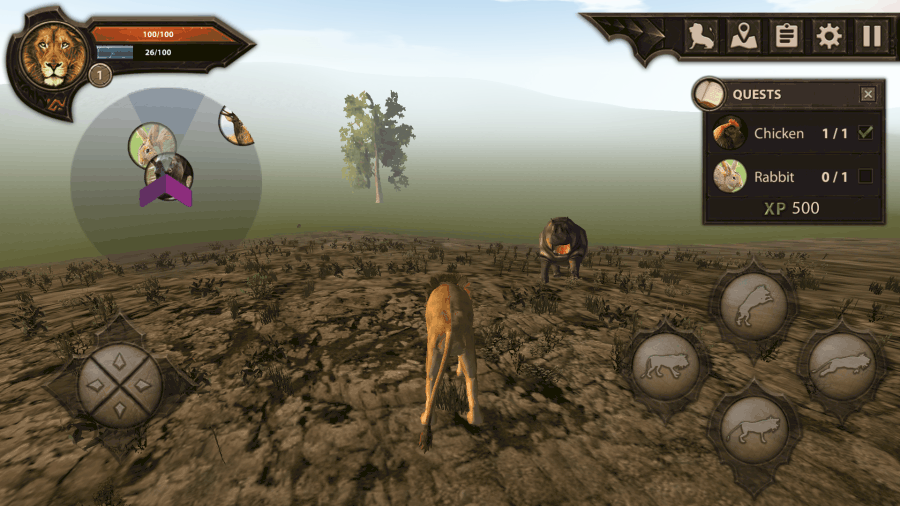 There's something to be said for how enemies are handled in Wild Life – Lion, and the boss fights are an integral and pretty terrifying part of the game, especially compared to hunting defenceless prey, and it helps spice things up. 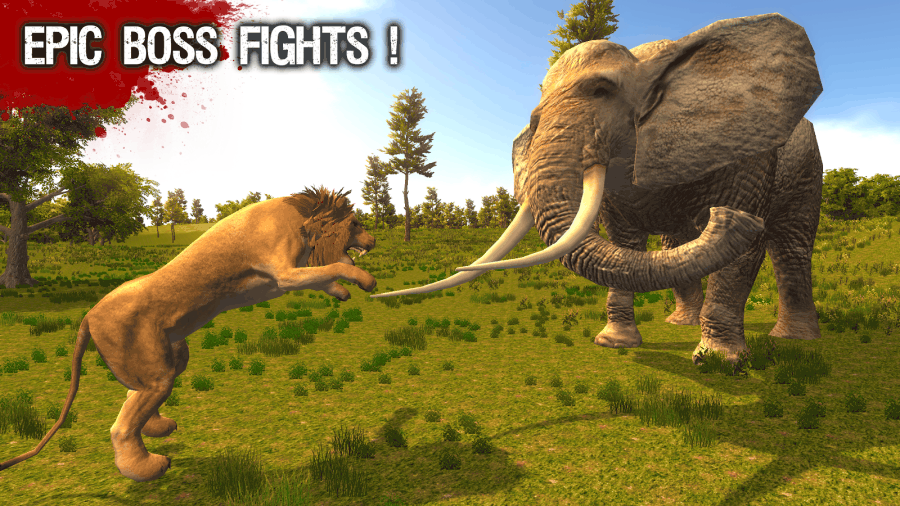 There's also a day and night cycle which helps to add another layer of realism to the already great 3D graphics at work here. 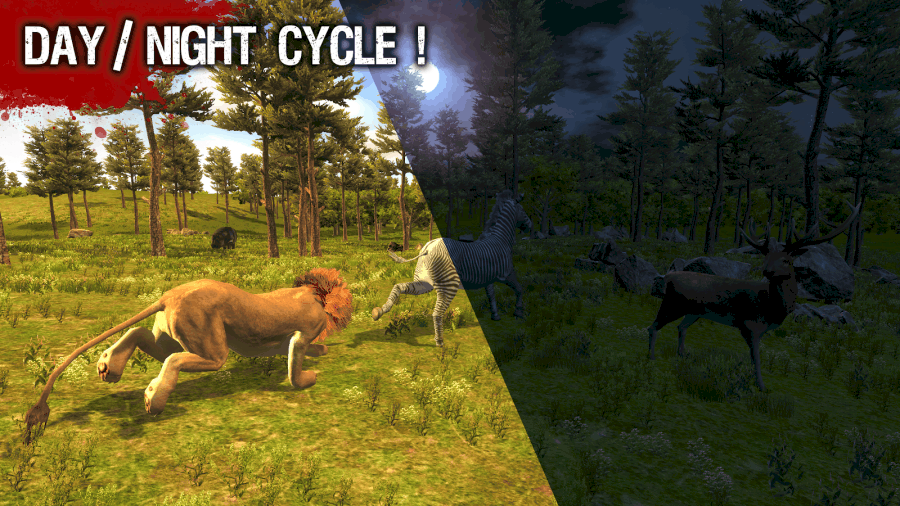 Wild Life – Lion is a fun game and one that will appeal to a lot of different players. It has a little bit of Goat Simulator in it, but it's not quite as fully-featured. The core experience of playing as a Lion and hunting down prey throughout the forest is certainly fully-realized here, even if it's pretty basic at that. The controls are simple and easy to understand, but some indicators as to which button does what would be nice to see, that's for sure. In terms of gameplay, there's a lot to do, but it can become a little repetitive over time, which is a shame but that could be said for a lot of simulator games. This is definitely a game that will appeal to people that are looking for a simulator game, but I think casual gamers will find something to like about Wild Life – Lion just the same.

All-in-all, Wild Life – Lion is a fun game and it's something that a lot of people should easily take to in big numbers. While not perfect, this is an accessible simulator game that will appeal to a lot of players, and as there's not a lot of blood in the gameit could be a fun game for teens as well as adults. Well worth taking a look at, this free game is great for wild life fans as well as those looking for an action-adventure game.