Jet Fighter Traffic Air Race is an Android game in which the world's passenger planes and military jets have been taken over and hacked, causing out military jet some problems as it flies out on sortie. The game itself puts players in the pilot seat of a military jet (of which there are a handful to choose from) and pits them against jets that are flying around wildly. Some of these are a simple dodge to the left or right, but others require a precise timing of missile fire to destroy them out of your path. Military jets include the famous F-22 Raptor, the MiG 21, the SU-35 and more. A game for those looking for something casual as well as something for those that know their fighter jets, Jet Fighter Traffic Air Race has a lot to offer, so let's give it a whirl.

Budding pilots need to download Jet Fighter Traffic Air Race from the Play Store before they can get started, and once they launch the game there are a few options to consider. 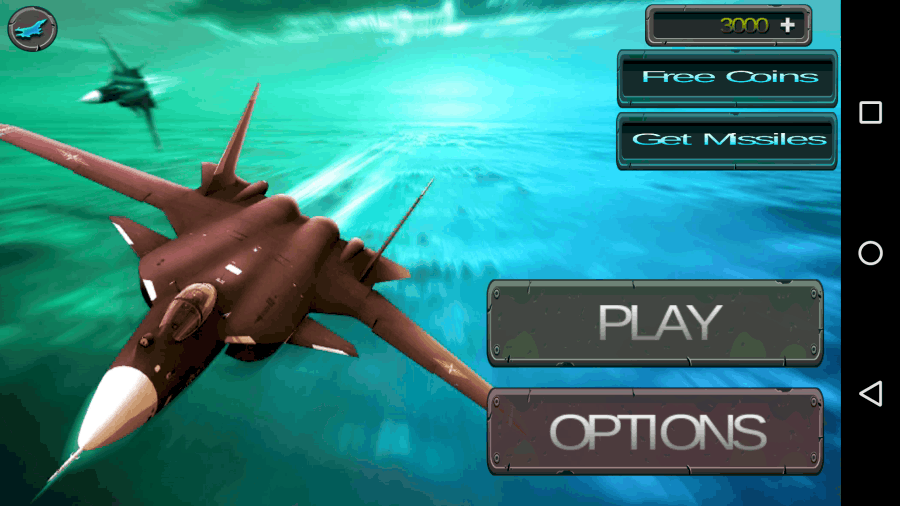 To take to the skies, players will need to choose their Jet, which is the first time I came across the game's excellent 3D models of the jets themselves. 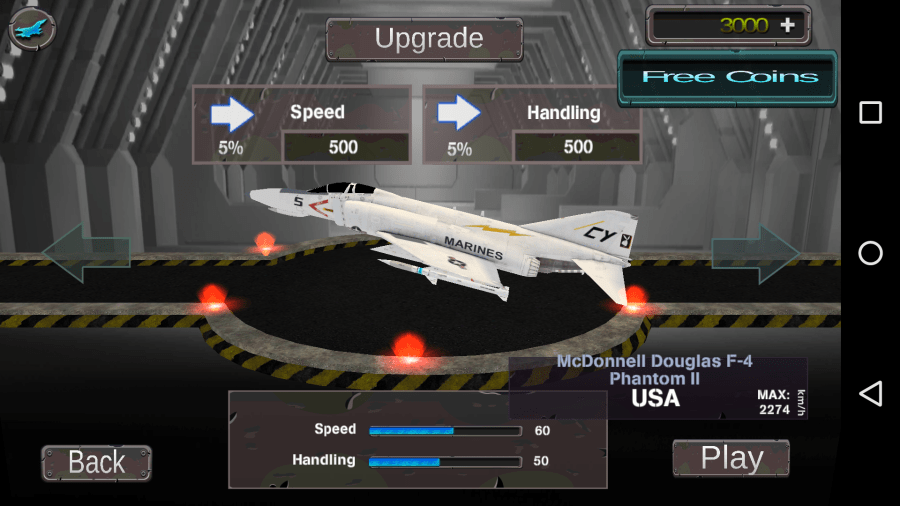 There's a wide variety of different jets to choose from, ranging from all over the world, some of which have some pretty good-looking paint jobs. 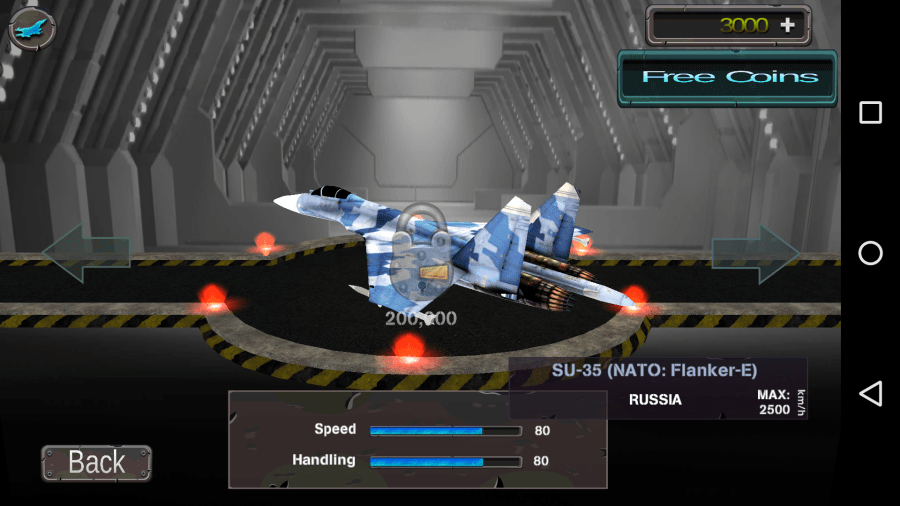 There are a number of different game modes, none of which are actually explained to the player, bizarrely. It is however, good to see that there's some variety to the game. 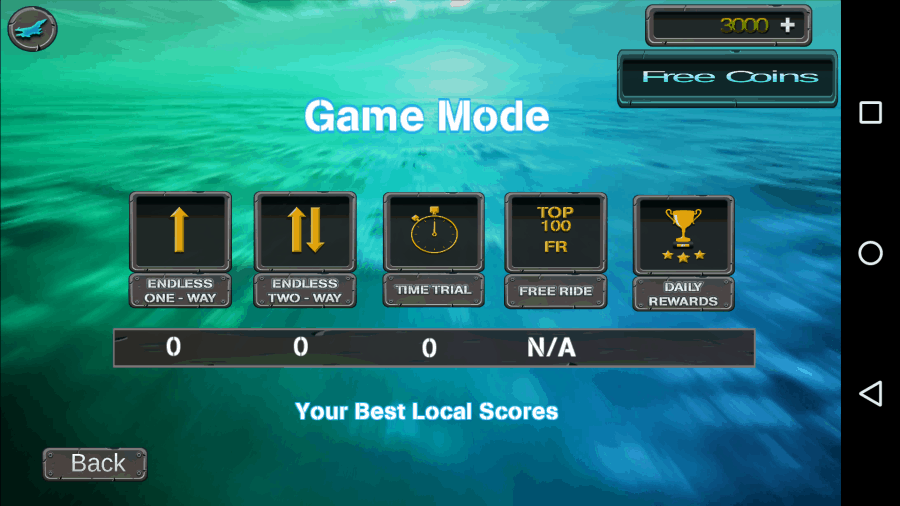 I gave the Endless One-Way mode a try and was offered my choice of environments to choose from. 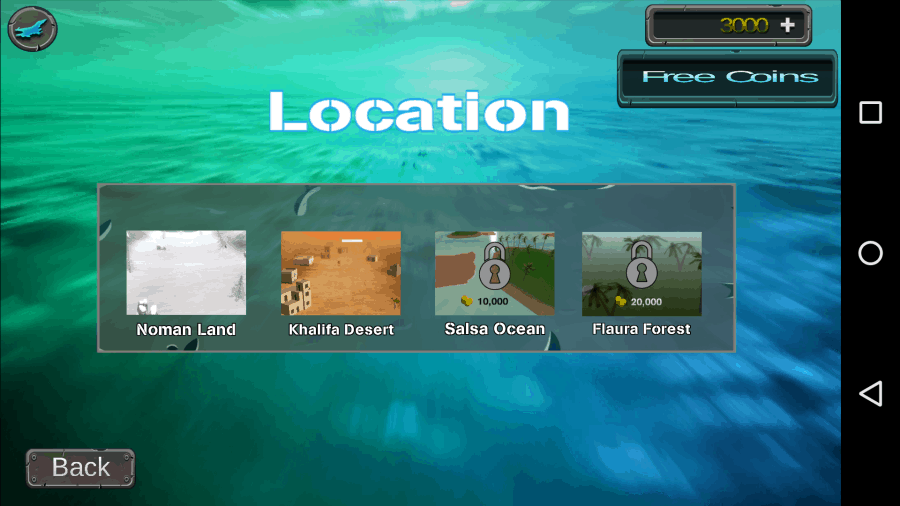 The aim of the game appears to be to keep on going for as long as you can, depending on which game mode you choose, there will be more or less obstacles to avoid, some planes will fly over head and require the player to just dodge, but others will require a missile to move them by force. 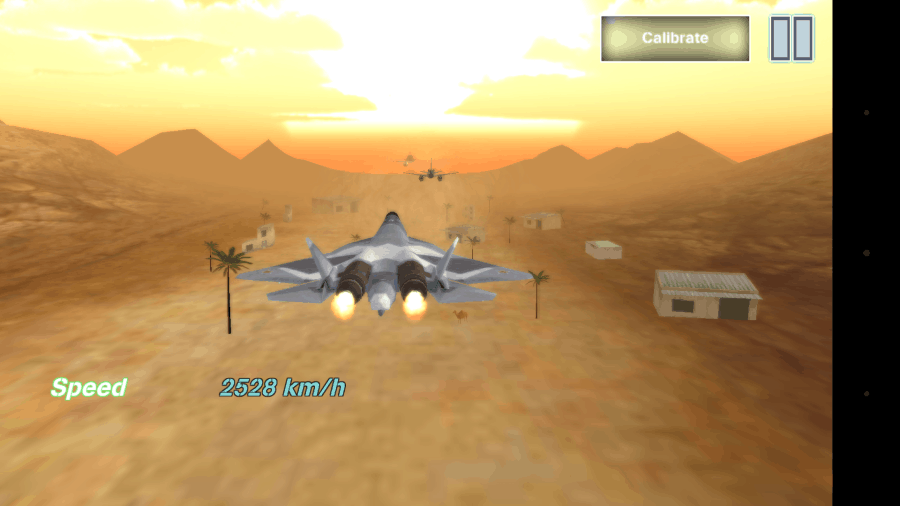 The different environments can make the game a little trickier as well, as it can be hard to make out planes in the white snow peaks, but not so difficult in the Khalifa Desert. 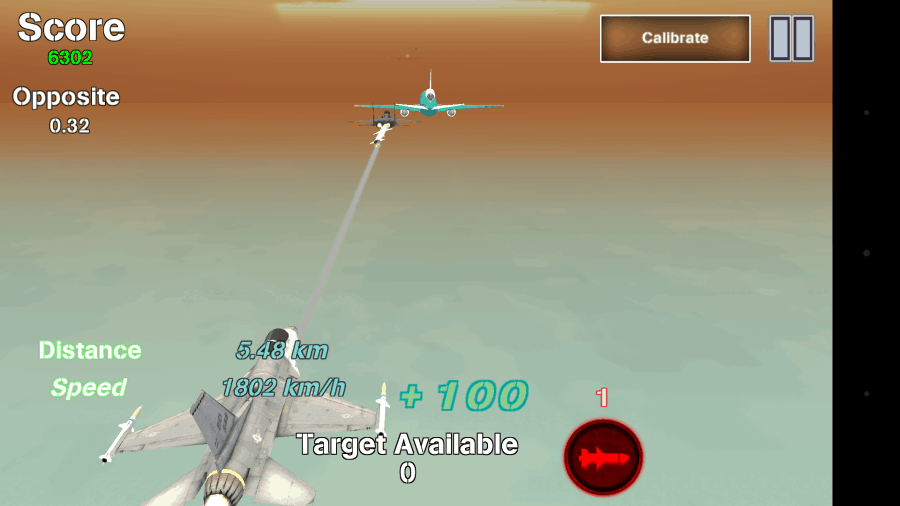 The idea is to not crash into oncoming planes or be taken out by them, and if you do hit an enemy plane, you'll end up in a roaring fireball. 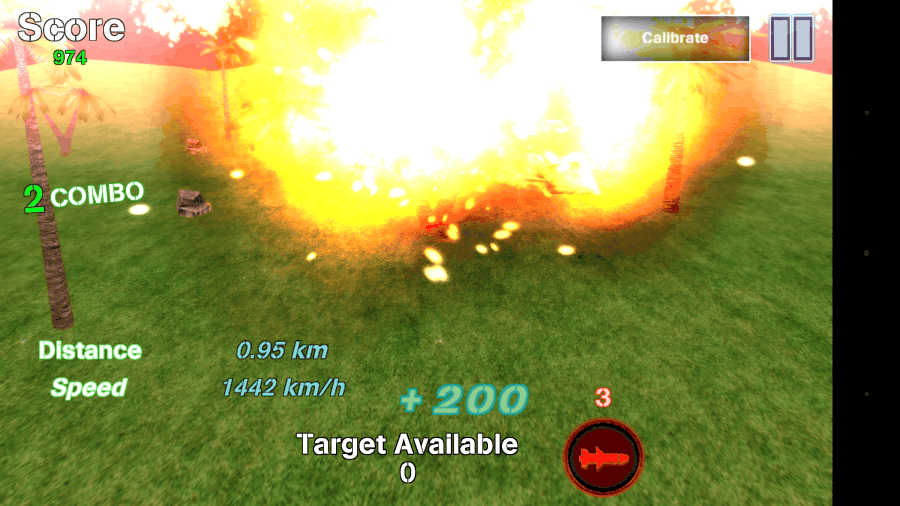 At the end of each mission, players are given a mission report, which shows them a number of different stats from their previous run, including how many coins they've earned. 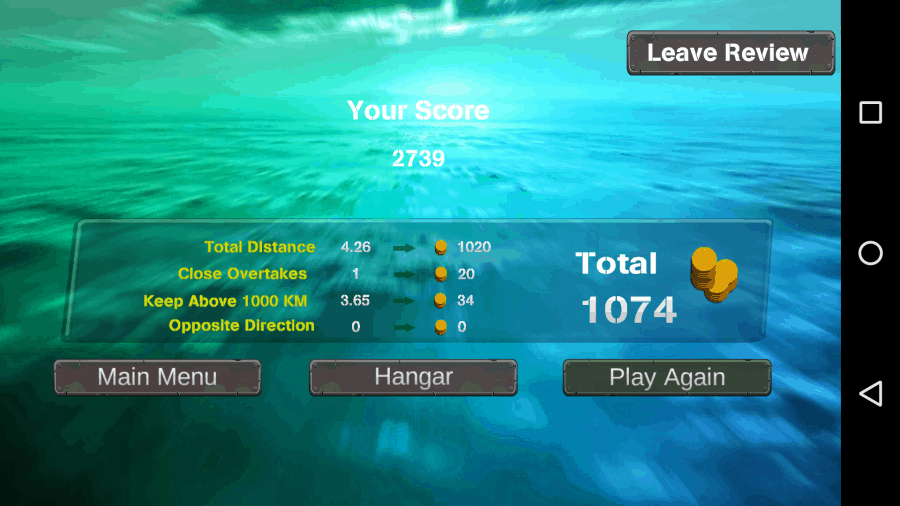 These coins can go towards unlocked new levels as well as unlocking some more of the excellently-modelled planes available to pilot. They can also be used to add more missiles to your jet before you take off. 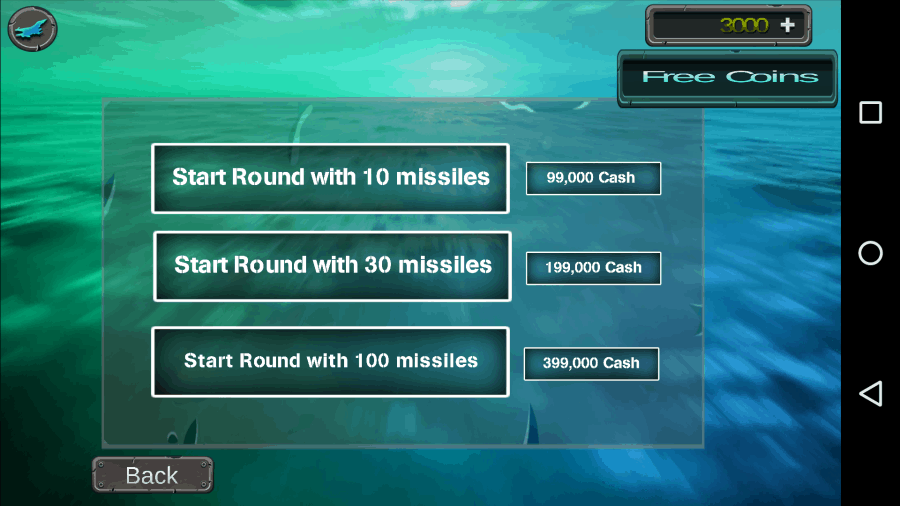 Players can get free coins from watching an ad or two and also bulk up their allowance through in-app purchases, too. 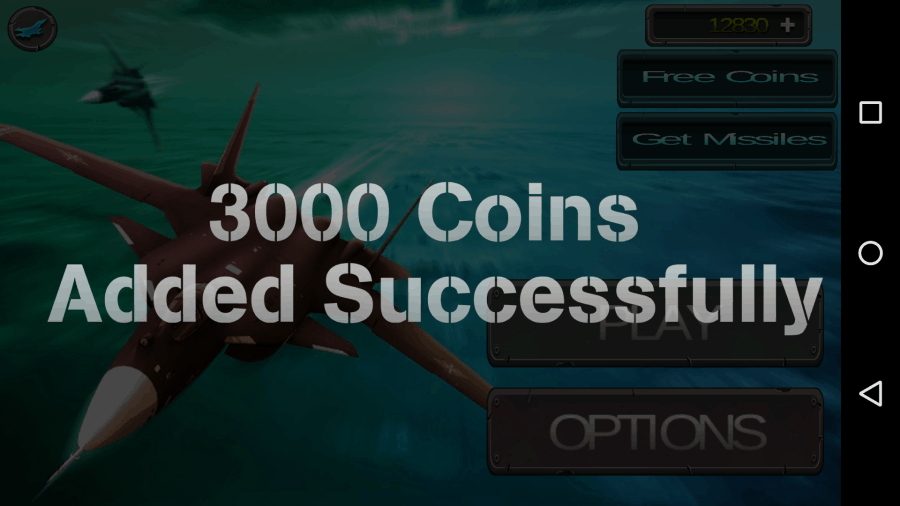 When more of the advanced fighter jets have been unlocked, there's a lot more fun to be had in Jet Fighter Traffic Air Race. 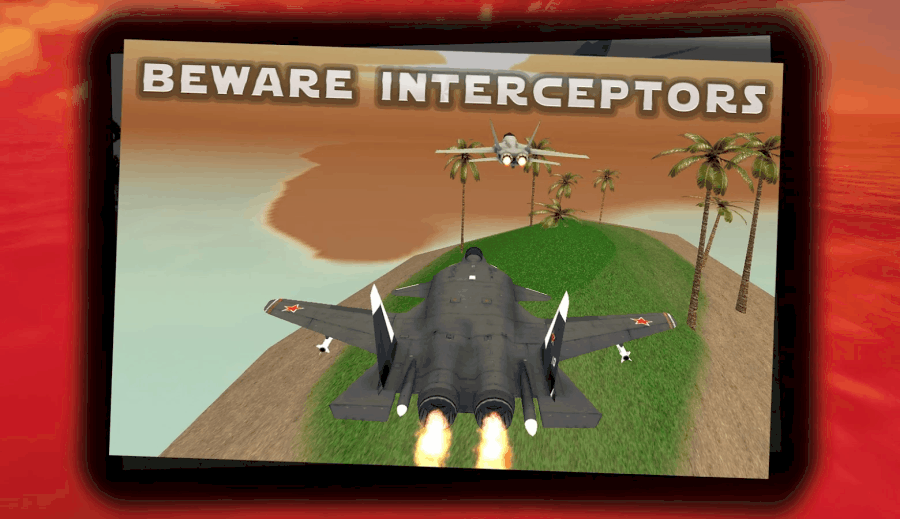 Jet Fighter Traffic Air Race is a lot of fun, and the arcade style gameplay is something that a lot of people will really appreciate, especially those that have some sort of interest in fighter jets or planes in general. I like the general premise of the game and while the environments could do with a little bit of work, there are some excellent 3D models of jets at work here, and they really look great. For those looking for a great fighter jet game with a more arcade style of gameplay, rather than the overly-serious games that are out there, this is a great option and will certainly give players a lot of fun. The controls are customizable and simple to control as well, making it nice and accessible. I just wish that the game gave players more free coins while actually playing the game, as that would make it easier to unlock new jets and such.

Jet Fighter Traffic Air Race is well worth giving a try if someone that likes fighter jets and such, but it's also just a fun arcade game for the majority of players out there, too. An accessible game that gives budding pilots the opportunity to spend time piloting these sorts of planes without the need to learn a complicated control scheme or anything, Jet Fighter Traffic Air Race is worth giving a try.