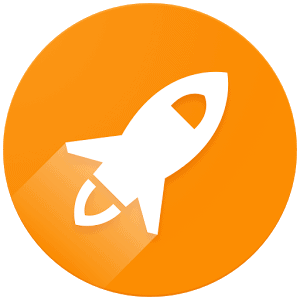 Rocket VPN is a VPN solution that aims to unblock the internet and help people access web content that is not normally accessible in their native country, city or town. Additionally, a VPN allows users to stay secure online by not only masking their location, but by encrypting their private information held on their tablets, or mobile devices. Rocket VPN for Android is what we're looking at, and it's recently been updated with a number of new features that make a VPN more natural on a mobile platform, such as the ability to assign individual nations to a number of different apps, and connect to them on a per-app basis. Rocket VPN has a lot to offer both free and paying users, so let's take a closer look.

First of all, users will need to download Rocket VPN from the Play Store and fire it up. 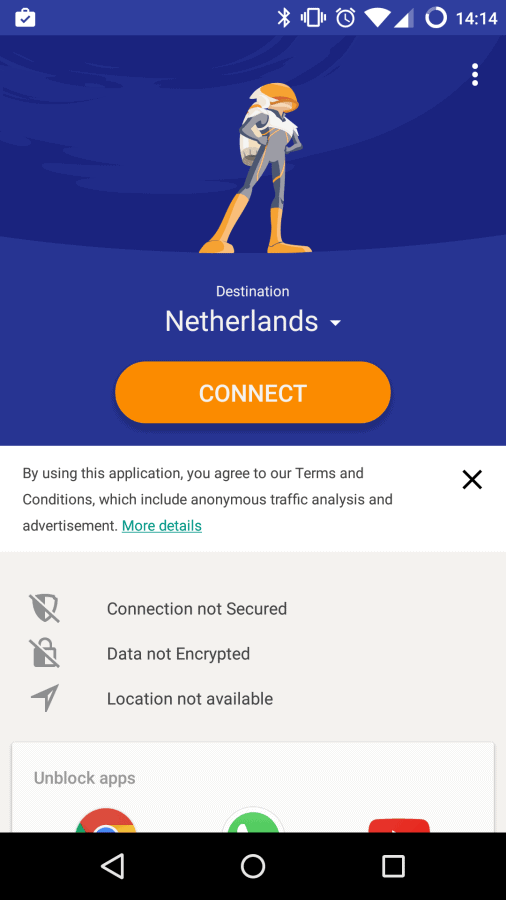 The first thing that users will see is a recommended location to connect to, but there are many more to choose from, with a handy little speed gauge on hand to make it clear which location is running quickly at the time. 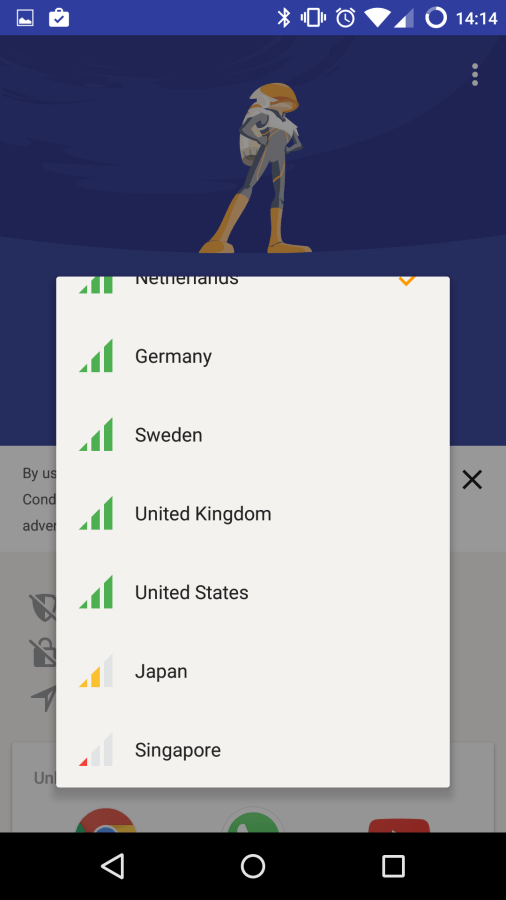 I thought this was a nice touch, and in the interest of testing, I went ahead and connected to the United States (I live in the UK) and after the usual warning that you'll be passing all of your data through another server, Rocket VPN will get to work on changing your virtual location. 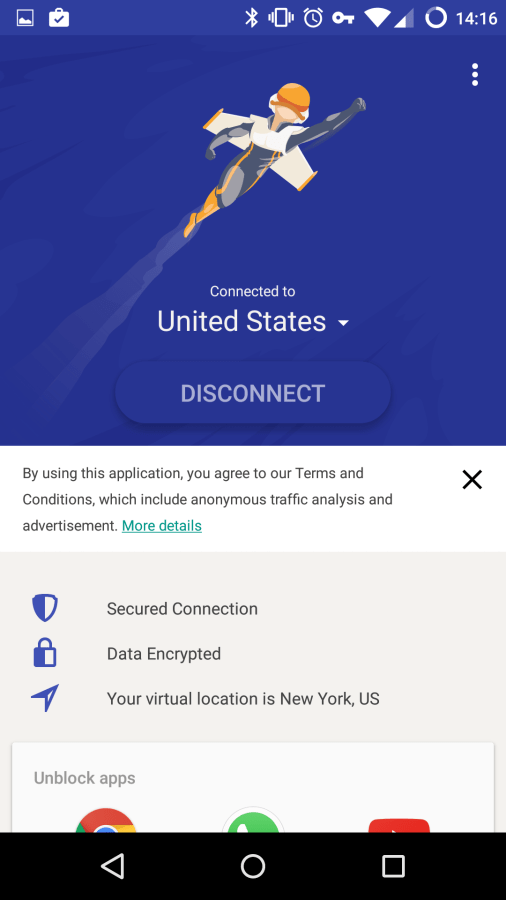 I went ahead and tested this online using an independent website, and sure enough I was registered as connecting from the United States, somewhere in Philadelphia to be exact. 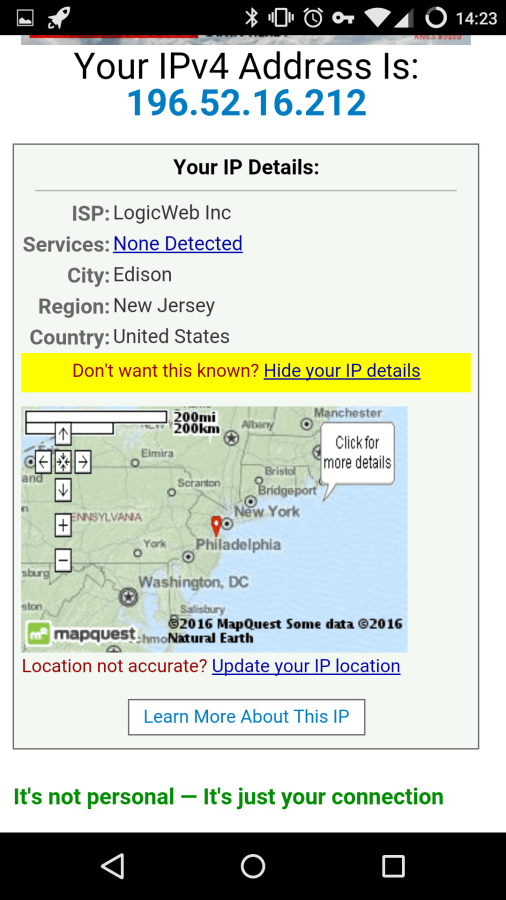 Those looking to get access to US Netflix and such will be able to do that, but they should remember that Rocket VPN only has 500MB worth of free data. 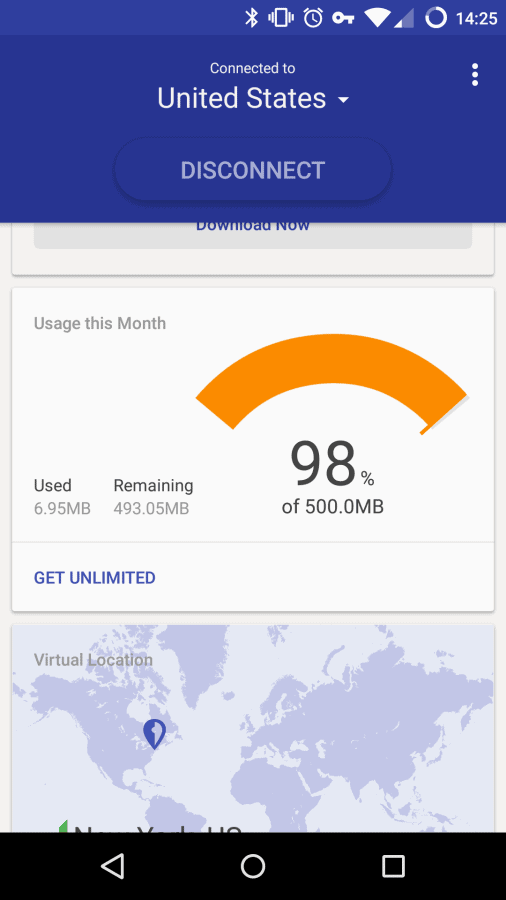 At $2.99 a month, or $29 for a year, unlimited data plans are affordable with Rocket VPN. The 500MB limit is more than enough to try out the app. 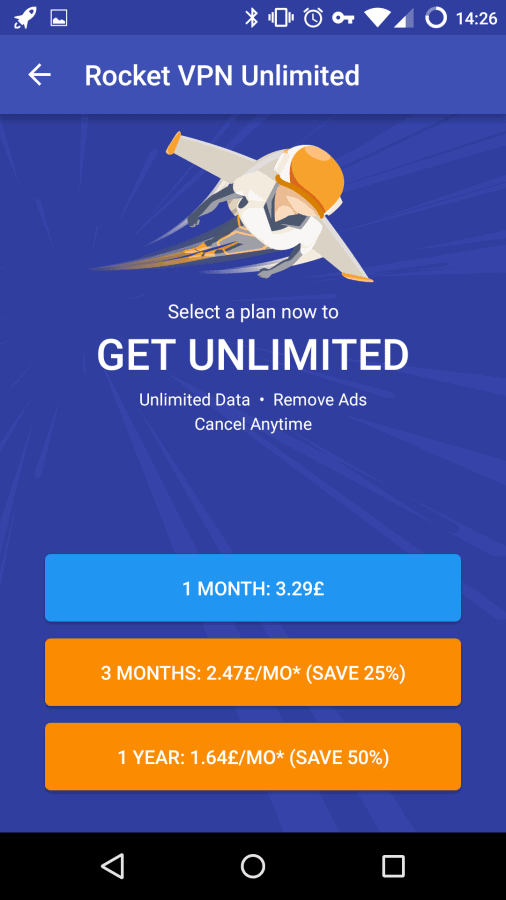 A key feature of Rocket VPN on Android is the "unblocking" of apps. These are essentially custom launchers for certain apps. To set one up – which is done from the main menu – users just need to choose an app from their device: 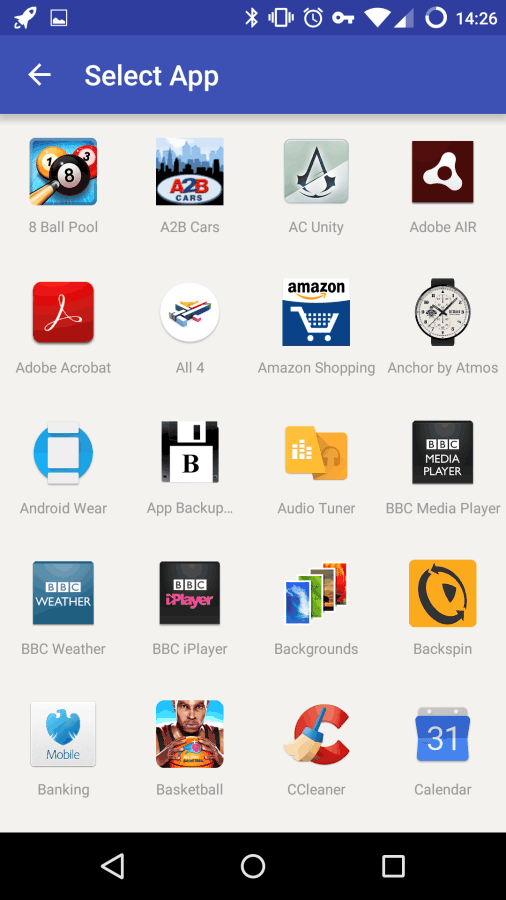 Then, users can choose a specific country that they want to connect to for that specific app. 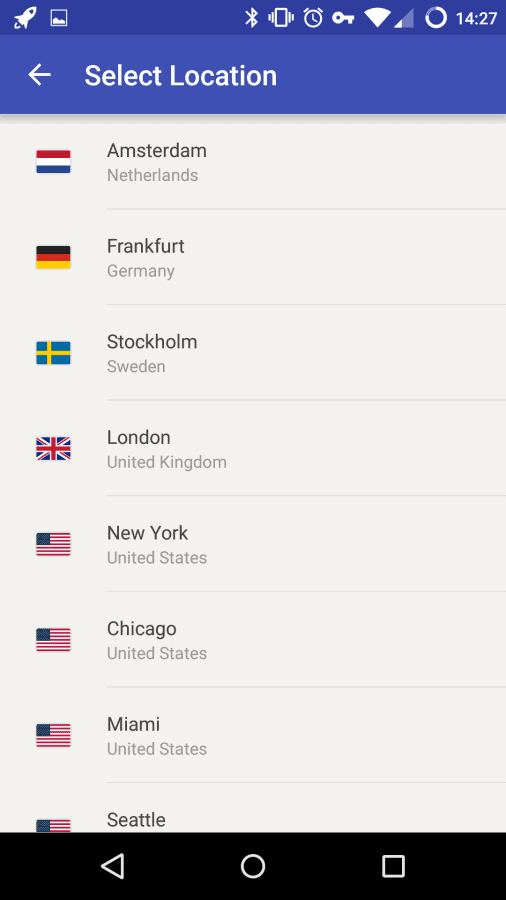 On the main menu, there will now be a corresponding flag next to the app that you've chosen, and it'll certainly make connecting to a different country for that specific app much easier. 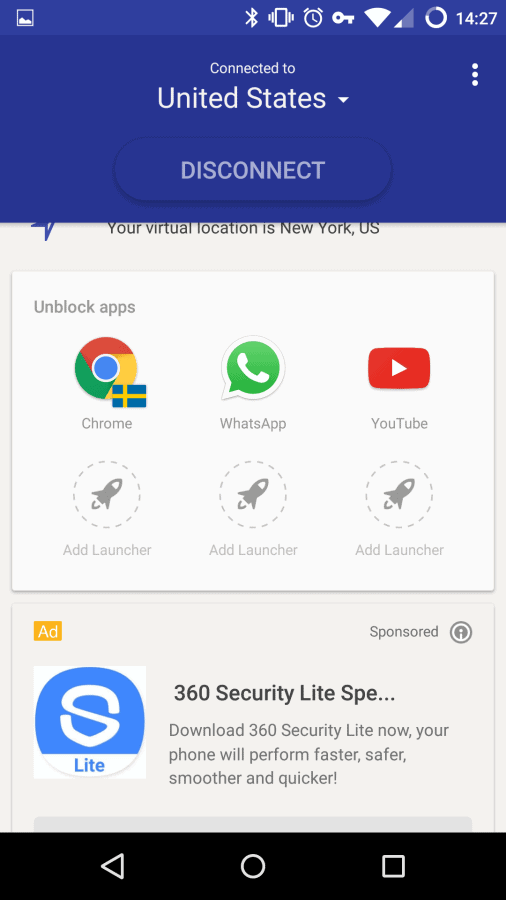 This has all sorts of different user, and will be especially good for video streaming apps such as Netflix. As well as web browsers and news apps for those that travel a lot or want to connect as if they're back home.

When taking a look at Rocket VPN, I was pretty impressed with how far the app had come in terms of updates. Yes, there are plenty of different VPN solutions out there on Android, but few of them are really worth it in terms of overall mobile features. Rocket VPN makes it nice and simple to launch the Netflix app as if the user was connecting from the US, for example. This app is simple to use, easy to set up, and will satisfy the proxy needs for a variety of users. The rest of the app is good-looking and straightforward in terms of overall use. Not to mention, the premium subscriptions are fairly affordable and give users a lot of value, including the removal of ads and unlimited data.

After spending some time with Rocket VPN, it's easy to see why it's been downloaded so many times, and it only continues to get better. There a tons of VPN apps out there, many of them touting the same sort of features, but Rocket VPN bucks that trend. With the unblock apps feature, Rocket VPN makes it even easier for novice Android users to unblock their favorite apps and enjoy them without pesky geographical barriers getting in the way.